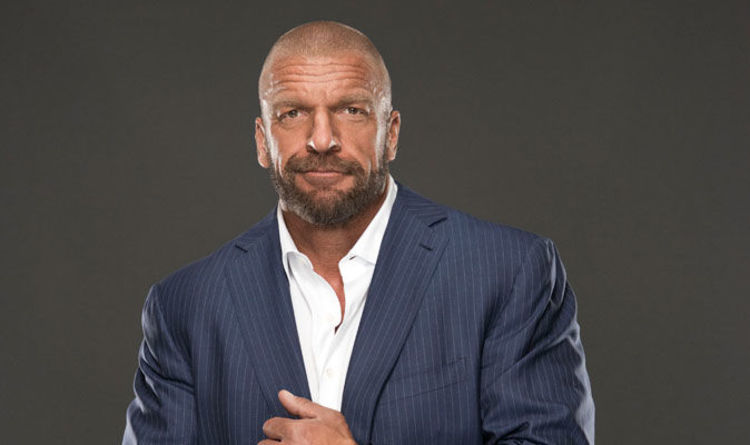 The newest WWE brand will air its first episode on October 17 at 8 p.m. BT / 3 p.m. ET and will feature the best male and female competitors in the country, such as the NXT Champion of the United Kingdom Pete Dunne, Toni Storm Noam Dar and many more.

The founder and main producer of NXT, Triple H, is very ambitious and he trusts in the future of his creation and he would like the program to be broadcast live in prime time schedules.

WWE's Executive Vice President of Talent, Live Events and Creatives told Express Sport: "I think it's a work in progress, for me, this is no different than any of the other brands we have.

"I think everything depends on the audience, everything will depend on how it is taken.

"As we move forward with these, obviously we will expand out of where we are now and doing shows outside the base [territories, such as] London obviously

"We are branching out of this area going to Scotland, going to Wales, moving things around.

"Ideally, I would like to have some live content coming from here, you know that what I love about this is also the possibility of it being broadcast in prime time here.

"The beauty of the [WWE] Network: you see it when you want it, but if you want to watch it when it airs and continues through social networks and all that, it's here at prime time.

"If we do special live events from here, special TakeOver or Pay-Per-View type; whatever you want to call it, they would be on prime time from here. So for me it's the goal. "

However, Triple H's main priority is to expose NXT UK and expand globally to present the product to a worldwide audience.

And in this way, the 14-time world champion would have the opportunity to fulfill the long-term goal of offering a new career option to promising and exciting talents that do not necessarily have to reach the flagship brands of WWE, RAW and Smackdown. .

The Game wants NXT UK to stand out as a unique and lucrative brand, even if it never matches the RAW or Smackdown level.

The King of Kings added: "But it is to make this brand known, and for me, this is the first step of what we are talking about, expanding globally and creating this system and global presence that can create a clear path and create a choice of career.

"My long-term goal would be to make a career choice for people who want to have a career option, for people who did not necessarily have to get to RAW or Smackdown, if they want to see it from that point of view. and be able to have a very viable and lucrative career.

"Whether he can be part of the NXT system worldwide and in the course of a 10-year career, a 15-year career covers multiple territories, acquires a wide range of experience and has a very significant career.

"Even if it never reached the level of RAW or Smackdown but it is still its own brand, it will still be very lucrative, yet it will be all that it can be.

"Because there's talent out there that I want to be able to give them that platform."