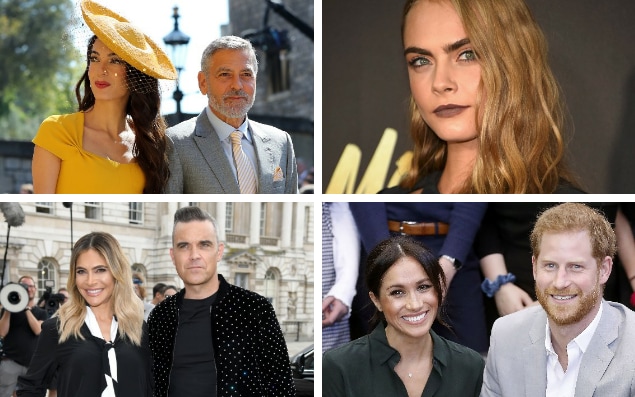 There are rumors that George Clooney and his wife Amal will return to Windsor this October, since the first-class actor has a connection with the boyfriend. The wine merchant Mr Brooksbank is an ambassador for the brand of Casamigos Tequila, a company owned by George Clooney.

Rande Gerber, the husband of Cindy Crawford, is also the founder of Casamigos, which means that the couple may also have received an invitation.

Princess Eugenie is a close friend of the model Cara Delevingne, the singer Ellie Goulding and the ex-girlfriends of the Duke of Sussex, Chelsy Davy and Cressida Bonas, who are expected to attend. Karlie Kloss accompanied Ellie Goulding and the princess on a trip to Jordan earlier this year, which led some to wonder if they will appear at Windsor in October.

It is rumored that artist Tracey Emin will also attend, although singers Elton John and Ed Sheeran would have declined their invitations because they are on tour.

Robbie Williams' daughter, Theodora Rose, five years old, has been confirmed as a flower girl at the wedding, which means we can expect to see the singer and his wife, Ayda Field, at the banks. The ex-Take That star and his wife have been friends with Eugenie and her sister, Princess Beatrice, for several years.