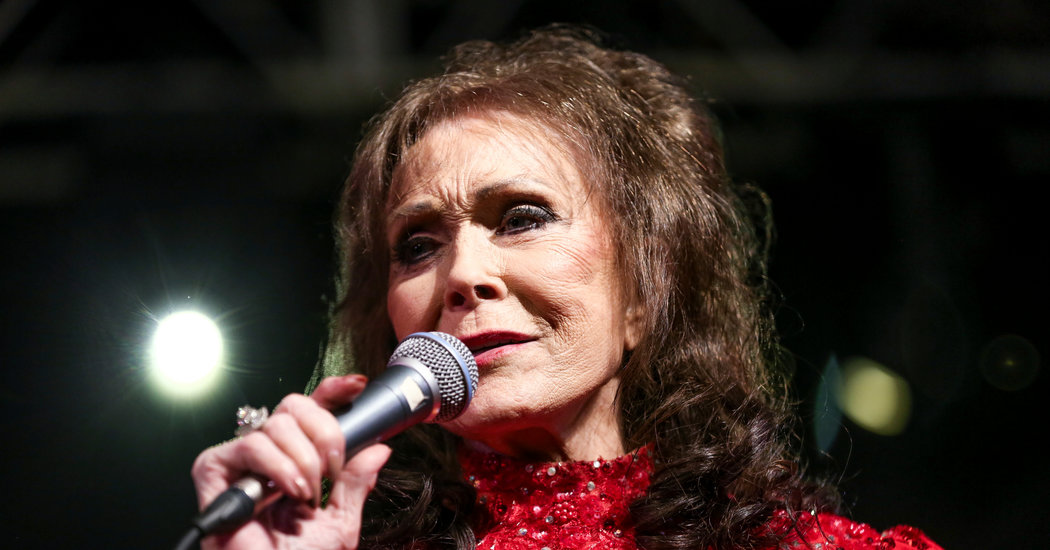 Carrie Underwood, Miranda Lambert and others perform at CMT. And "Hell or High Water" runs on TMC.

CMT ART OF THE YEAR 2018 8 p.m. in the CMT. In "Coal Miner & # 39; s Daughter" (1980), Sissy Spacek represented the hard-won success of country singer Loretta Lynn, whose journey from an impoverished childhood in a Kentucky mining town to the stardom of country music is an American legend. In this annual show, Spacek will present Lynn with an artist of a lifetime honor. Lynn, a pioneering artist whose breakthrough came at a time when only a handful of women had achieved stardom in country music, is an appropriate choice for the ceremony, in which CMT pays homage to a list of contemporary artists of the country. country, all women. The live broadcast will feature performances by artists who have been named CMT artists of the year, including Carrie Underwood and Miranda Lambert.

THE CABIN IN THE WOODS (2012) 8 p.m. on Syfy. Screenwriter and director Drew Goddard returns to the theaters this month with "Bad Times at the Royale," a neo-noir thriller full of stars that does not seem like many people are watching. But those who have (or will) can return to see their horror movie full of twists of 2012. Their premise refers to a group of college students in a retreat in the woods, although the simple configuration does not do justice to the plot of several levels. AO Scott said in his review of The New York Times that Goddard and co-author of the script, Joss Whedon, "have tried to make a horror movie that is terrifying, original and wise, all at the same time." The result is defective. Scott wrote, but added that "two out of three are not bad, given the difficulty of the task."

AGAINST ALL ODDS (2016) 8 p.m. in TMC and Showtime broadcast services. Through works like his recent television drama "Yellowstone" and "Wind River," last year, writer, director and actor Taylor Sheridan has told irresistible stories using vast and picturesque landscapes across the country. This, by Scottish director David Mackenzie, from a Sheridan script, stars Jeff Bridges as Texas Ranger and Gil Birmingham as his second. The bad guys (emotionally complex) at the other end of this equation of cops and thieves are brothers played by Chris Pine and Ben Foster. In her review of The Times, Jeannette Catsoulis named the film "Choice of a Critic", calling it a "carefree thriller".

THE WOLF PACK (2015) in Netflix. The documentary filmmaker Crystal Moselle's film is about seven brothers who grew up isolated in an apartment building in Lower Manhattan. When he met six of them (randomly) on the streets of New York, Moselle told The Times in 2015: "I started running after them to find out more and I became obsessed instantly." The film that resulted from that persecution, Manohla Dargis wrote in his review for The Times, is "amazing."