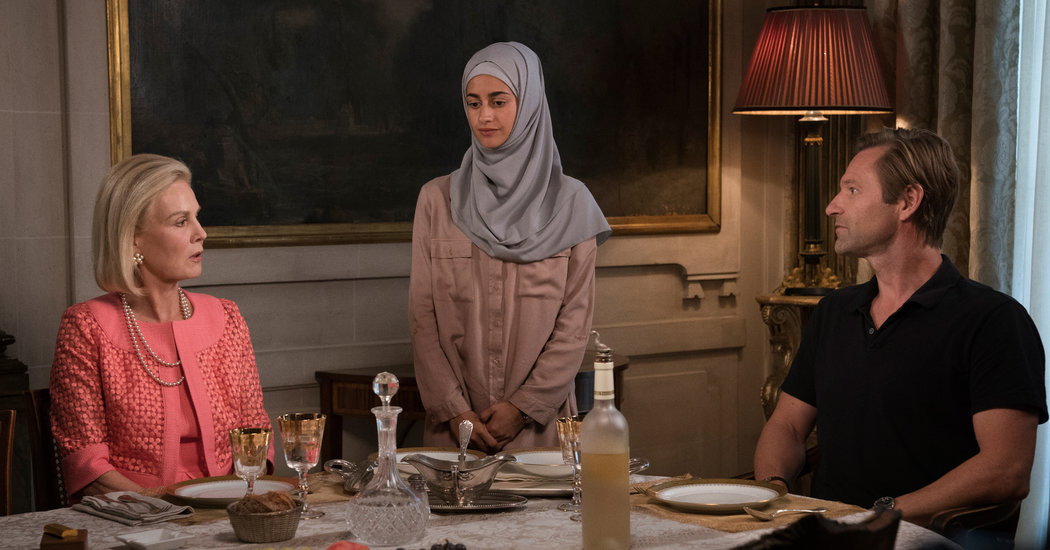 The new Matthew Weiner series debuts at Amazon. And Maggie Gyllenhaal stars in "The Kindergarten Teacher" on Netflix.

The Romans in Amazon. Matthew Weiner had a writer's block. After a seven-year series of "Mad Men," the show he had created, Weiner took a break and then tried to restart his creative brain. "It was really bad," he told The New York Times in a recent interview. "Nothing was happening." Then he wrote his first novel, "Heather, the whole", published in 2017, and discovered the pleasure of telling a story that did not have to continue episode by episode. Another result of that realization comes in the form of "The Romanoffs", a series of anthologies for Amazon with a cast of stars: Diane Lane, Kathryn Hahn, John Slattery, Aaron Eckhart and Isabelle Huppert are among the faces that appear in their eight episodes . In each, there are characters who think they are descended from the Russian royal family holder. That strange connective tissue unites these stories, which are developed around the world. The series begins with a couple of episodes, each one almost 90 minutes.

THE KINDERGARTEN MASTER (2018) in Netflix. "I think we have a young Mozart." That line, taught by a kindergarten teacher (played by Maggie Gyllenhaal), would usually be an eulogy from an instructor. But there is a dark edge in this thriller. Directed by Sara Colangelo ("Little accidents"), the film is a new version of an Israeli film about a teacher who develops an obsession with a young student (played here by Parker Sevak). In her review of The Times, Jeannette Catsoulis called it a "fascinating new version" and wrote that Colangelo provokes "each scene with an insinuating and thorny tension" and "remains implacably committed to his tone of screwing, without offering the viewer any comforting moral escape.

THE CURIOUS CREATIONS OF CHRISTINE McCONNELL in Netflix. Resentful hearings that broadcast services do not have baked goth programs are in luck this week. Mrs. McConnell, author of "Deceptive Desserts: A Lady's Guide to Baking Bad!", Interprets a fictional version of herself in this cooking show, which also has spooky puppets.

SHAKESPEARE DISCOVERED 9 p.m. on PBS (see local listings). "The Merchant of Venice" by Shakespeare has provoked for a long time debate about its anti-Semitism, a subject so easy to extract that the work was used as propaganda in Nazi Germany. In this episode of PBS's Shakespeare history series, actor F. Murray Abraham discusses and investigates the controversies surrounding the play.

POD SAVE AMERICA 11 p.m. on HBO Tommy Vietor, Jon Lovett, Jon Favreau and Dan Pfeiffer, former members of the Obama White House, have built the popularity of their podcast through sharp and fun political commentary; The program has been thought of as a liberal version of the conservative talk radio. Prior to the midterm elections, they are taking the podcast to television for four one-hour specials, recorded in Florida, Texas, Pennsylvania and California.