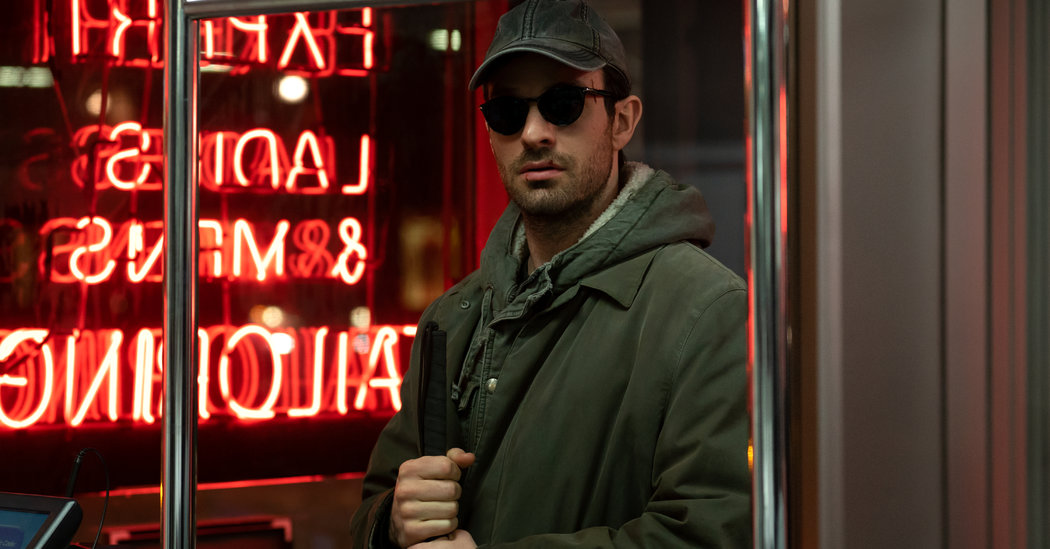 The third season of "Daredevil" debuts on Netflix. And the John Carpenter horror classic is broadcast by AMC.

RECKLESS in Netflix. The ongoing commercial success of "Venom" in theaters seems to have telegraphed a signal from the audience: more superhero stories, please. That hunger augurs well for the success of the third season of this Netflix series, a somewhat conventional take on the blind vigilante Marvel named in its title (played by Charlie Cox). Last season he added two main characters in Punisher by Jon Bernthal and Elektra by Élodie Yung, and retained violence inspired by the martial arts of the first season. But in a review of the second season of The New York Times, Mike Hale wrote that, in general, the narrative "was not realized by his action set, no matter how well they were done." Nor am I crazy for the first season.) This season, fans can expect the addition of actor Wilson Bethel, who will play Benjamin Poindexter, the alter-ego of the villain Marvel Bullseye (whether he formally appears as the villain remains to be seen) . Expect to crack the bones.

SLICE (2018) in Amazon. Despite rumor rumors circulating earlier this week, Chance the Rapper does not run for mayor of Chicago, although he supported candidate Amara Enyia on Tuesday. That presumably leaves him with more time to take on more side projects like this horror comedy, in which the rapper plays a werewolf who joins a pizzeria employee (played by Zazie Beetz) to locate the culprits behind a series of murders. of pizza delivery workers. The cast also includes Joe Keery (Stranger Things), comedian Hannibal Buress and Paul Scheer; Excess B film abounds.

TRAVELLING PASSION in Netflix. Toni Collette stars in this series, written by British playwright Nick Payne, about a couple who decide to have an open relationship after years of monogamy. Collette plays a therapist and Steven Mackintosh, her husband, a teacher. What follows is, perhaps not surprisingly, a combination of comedy lightness and drama.

HALLOWE'EN (1978) 7:30 pm. in AMC. When the John Carpenter horror classic was released in 1978, The Times did not review it, the printing press workers were on strike. So this week, critic Jason Zinoman revisited the film in a formal review, 40 years later. Carpenter's film cast Jamie Lee Curtis (in his film debut) and Donald Pleasence as his main characters; Nick Castle plays the now masked slasher par excellence, Michael Myers. Zinoman called the results "an experimental art film with a mask of bloody exploitation, "and a" terrifying masterpiece. "This is an opportunity to revisit it before (or after) the recently released sequel of the same name.

REAL TIME WITH BILL MAHER: SPECIAL ANNIVERSARY 10 p.m. on HBO Maureen Dowd, opinion columnist for The Times, is among the notable figures who speak of Maher in this anniversary episode of his talk show, which marks some 15 years of "Real Time" and about 25 years since his debut. previous show, "Politically incorrect".