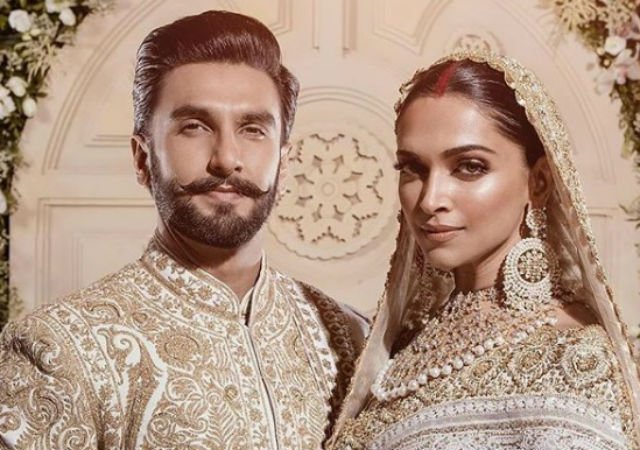 After dating each other for six years, Bollywood's beloved couple Ranveer Singh and Deepika Padukone finally disappeared into the deal and were married on November 14-15. Deepvere's wedding festivals took place on Italy's Lake Como. Recently, Deepika opened her relationship with Ranveer in an interview with Filmfare.

The 32-year-old actress was quoted as: "When I look back, six months into it, I was pretty much emotionally invested in us. After that, when we got married, I was never in doubt about him. Of course, in a six-year-old conditions, you go through ups and downs, but we never broke up. "

She added, "There was no major fight or saying, let's take the time and find out. We've fought, we've had ups and downs, but we stuck through all of that," reports Film Hazard.

During the interview, Deepika had also revealed that she and Ranveer were engaged four years ago, but only their parents and their sisters knew about it.

Meanwhile, Ranveer and Deepika's wedding were also a private affair, and their guest list was limited to their family and close friends. However, the duo hosted three major wedding receptions after the wedding, and all of them were star-studded events.

On the professional front, Deepika is now ready for her next movie Chhapaak. The film is directed by Meghna Gulzar and star actor Vikrant Massey starring. The upcoming release is woven around the life story of acid attack survivors Laxmi Agarwal.

Ranveer, however, has several films lined up in his kitty. His movie Simmba hit the theaters today. Apart from this, he will be starring in Karan Johars Takht, Zoya Akhtar's Gully Boy and Kabir Khan & # 39; 83.