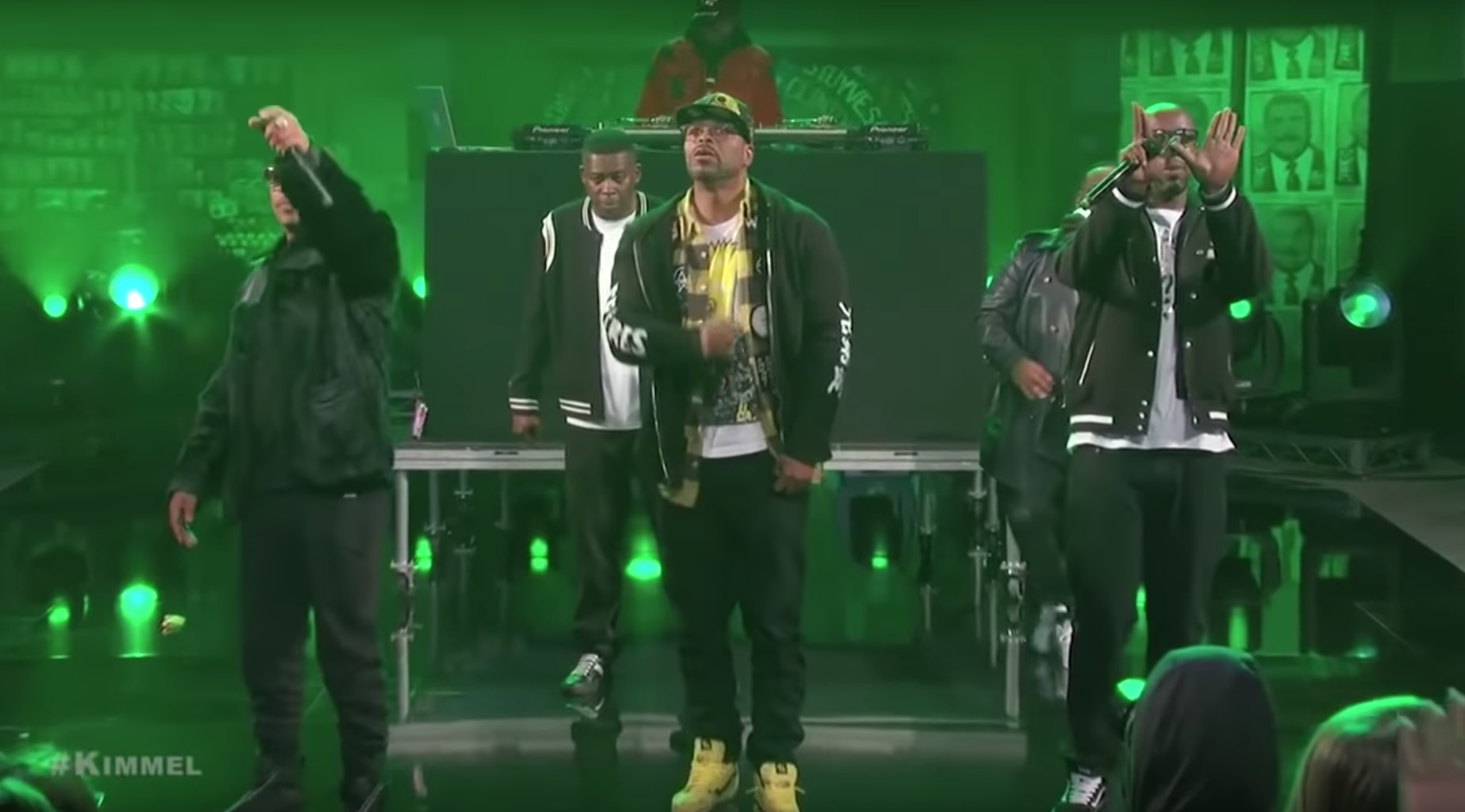 The Wu-Tang clan burst onto the stage for the closing night of Jimmy Kimmel liveThe Brooklyn residence, where the hip-hop collective delivered a couple of tracks from their classic 1993 LP. Enter the Wu-Tang (36 cameras).

Despite some recent disputes among clan members, the Kimmel The performance marked an almost complete meeting for the rap group: The RZA, Method Man, Ghostface Killah, Raekwon, GZA, Inspectah Deck, U-God, Cappadonna, Masta Killa and, instead of the late Ol & # 39; Dirty Bastard , the rapper son of Young Dirty Bastard.

To celebrate the 25th anniversary of their debut album, the Wu-Tang Clan performed "Protect Ya Neck," with Ghostface Killah delivering his verses from a newsstand, and, after the episode ended, "C.R.E.A.M." for the Brooklyn audience.

Earlier in the episode, Kimmel played a round of "3 ridiculous questions" with RZA and Method Man, with the host of the night asking the rappers, "If only you could choose one, hip or jump?" And "Where do goosebumps? Go?" RZA then presented his "scientific theory" about goosebumps.

On Friday, the Wu-Tang clan also released their remix to Teyana Taylor's "Gonna love me," the latest in a series of high-profile features for the collective. The rap group will also be the focus of a forthcoming Hulu television series Wu-Tang: an American saga.