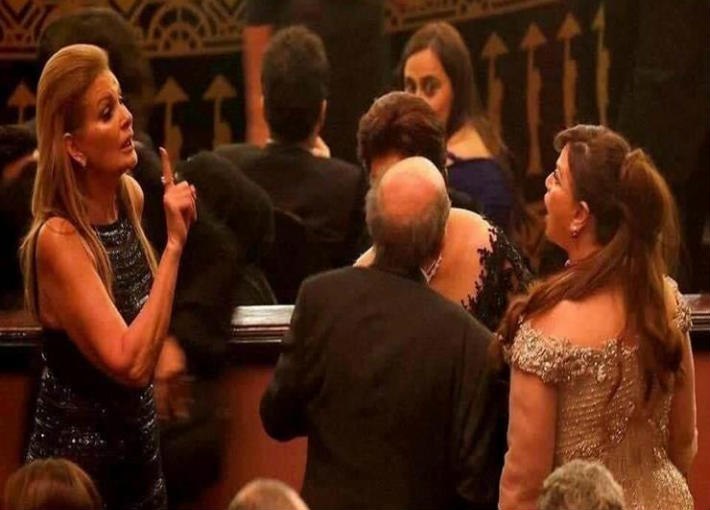 Actor Ilham Shahin was surprised by the news that there was disagreement between her and her friend, the artist Yousra.

In recent days there has been a dispute between Ilham and Yousra at the opening ceremony of the 40th Cairo International Film Festival due to an image spreading to those who questioned them.

In an interview with The Insider in Arabic, sent to Dubai, Ilham confirmed that there was no truth about everything written and there was no disagreement between her and Yousra. They were friends and nothing happened between them during the ceremony.

She continued to confirm that she did not even remember this picture, and does not know how to imagine who caused the spread of this rumor that a gravel occurred and noted that the only discussion that took place between them during the ceremony when she asked apologize to her because she might not be able to attend her birthday party for her trip abroad, you spoke normally.

The closing ceremony of the Cairo International Film Festival will be held on the 29th of November in the Egyptian Opera House.

It is remarkable that Elham Shahin was absent two years ago from drama tv since the last series "Nights of the Dream", Part VI, which was shown in Ramadan in 2016.

Yousra participated in the Ramadan 2018 Series "We Have Other Words" and participated in starring Shirin Reza, Mohammed Shaheen and Najla Badr and a large group of stars.

Elham Shahin: Sunni does not allow me to think of marriage