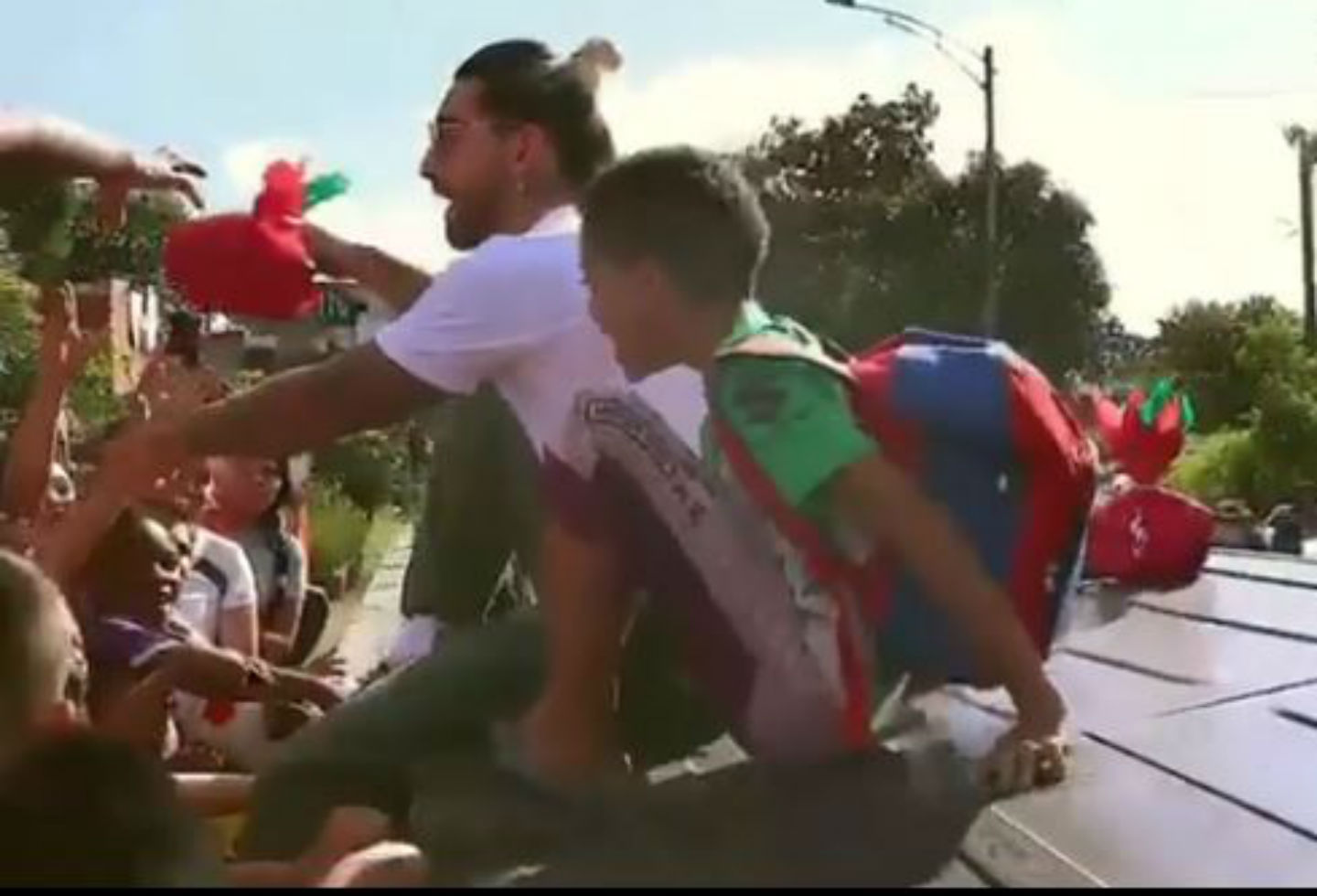 it singer Maluma surprised hundreds of followers in Medellin, when you come in a van "full" of gifts, as he gave to hundreds of children from a northeastern district of the city.

In Moravia, one of the most marginalized areas of poverty gave most gifts, Here he took pictures, shared with the children and wanted them a Merry Christmas and a Happy New Year.

"I want to wish you Merry Christmas to all of you and this time we should go Some of the most needy districts in the city of Medellin, my hometown, Medallo. We are going to give out gifts because I think we all deserve a Merry Christmas. "

Meanwhile, residents of the sector could not believe that the artist was there, much less that he had personally given them gifts. In the pictures of the video circulating in social networks You see the people in the sector happy, shouting and thanking you.

The artist shared a video on his Instagram account showing his experience and passing through Moravia. The pictures show that children and adults are surprised to receive tasks from Maluma themselves.

Last year, Maluma revolutionized social networks after launching a brief announcement that was not properly interpreted by hundreds of people. His supposed withdrawal from music caused all kinds of reactions in the audience and his followers.

But after several publications in the media claiming that the singer was completely withdrawn from the industry, Maluma himself was responsible for clarify the situation.

You may be interested: Seer revealed new predictions about Maluma sexuality

Through your official Instagram account, the "beautiful boy" He shared a series of videos and pictures of the rest he takes for a few days, and took the opportunity Send a message to all the media and people who had been responsible for spreading the fake news.