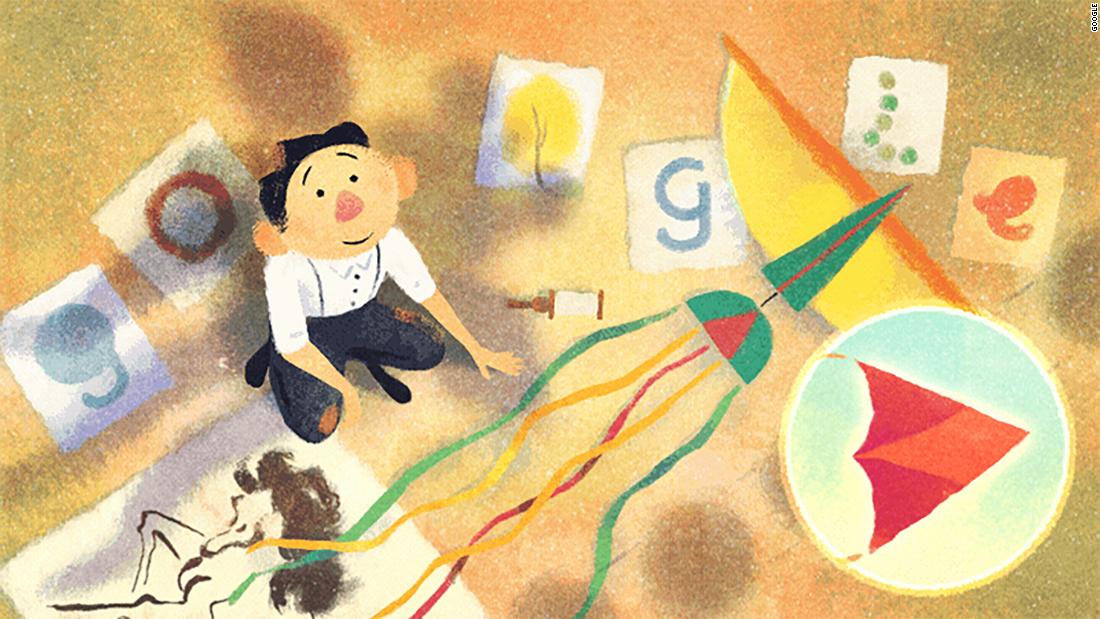 Google celebrated the 108th anniversary of the birth of the famous Chinese-American artist and illustrator Tyrus Wong on Thursday, presenting it in the Google Doodle search journal.

Wong was born in China in 1910 and moved to the United States when he was about eight years old.

Although he was a prolific artist and painter, he is best known for working as an animator and illustrator in Disney's 1942 film "Bambi." The animated film influenced and shaped global opinion throughout the medium and led to the Disney films "The Jungle Book" and "The Lion King."

Wong's exuberant painted backgrounds for "Bambi" were inspired by the classical Chinese art of the Song Dynasty era.

In an interview with the Otis Art Institute, Wong said that his love for art was strongly encouraged by his father, who made him practice calligraphy every night with water and newspapers, since they could not afford a formal education. At the age of 16, the institute offered him a scholarship.

Wong was a lithographer, draftsman, muralist, calligrapher, ceramist and kite maker. His paintings, typically watercolors dotted on canvas, hang in numerous museums, including the Art Institute of Chicago.

However, despite its current reputation, Wong's influence on American art was not recognized until much later in life, a neglect that some observers have attributed to racial prejudice within the community at that time.

Time capsule: Larry Syverson, 69, recently rediscovered his photographs of a trip to Disneyland in 1969 while in college with his future wife Judy. Credit: Courtesy of Larry Syverson

Wong was fired by Disney after an animator's strike in 1941 that forced Walt Disney to recognize worker organizations and spent most of the rest of his career at Warner Bros.

However, in 2001, Wong was named Disney Legend for her outstanding achievements in animated media. In 2013, Disney released a retrospective "Water to Paper, Paint to Sky" at the family museum in San Francisco, and two years later, Wong received the award from the San Diego Asian Film Festival (SDAFF) in English) for his career.

Wong passed away in 2016, practicing his art until the day of his death.