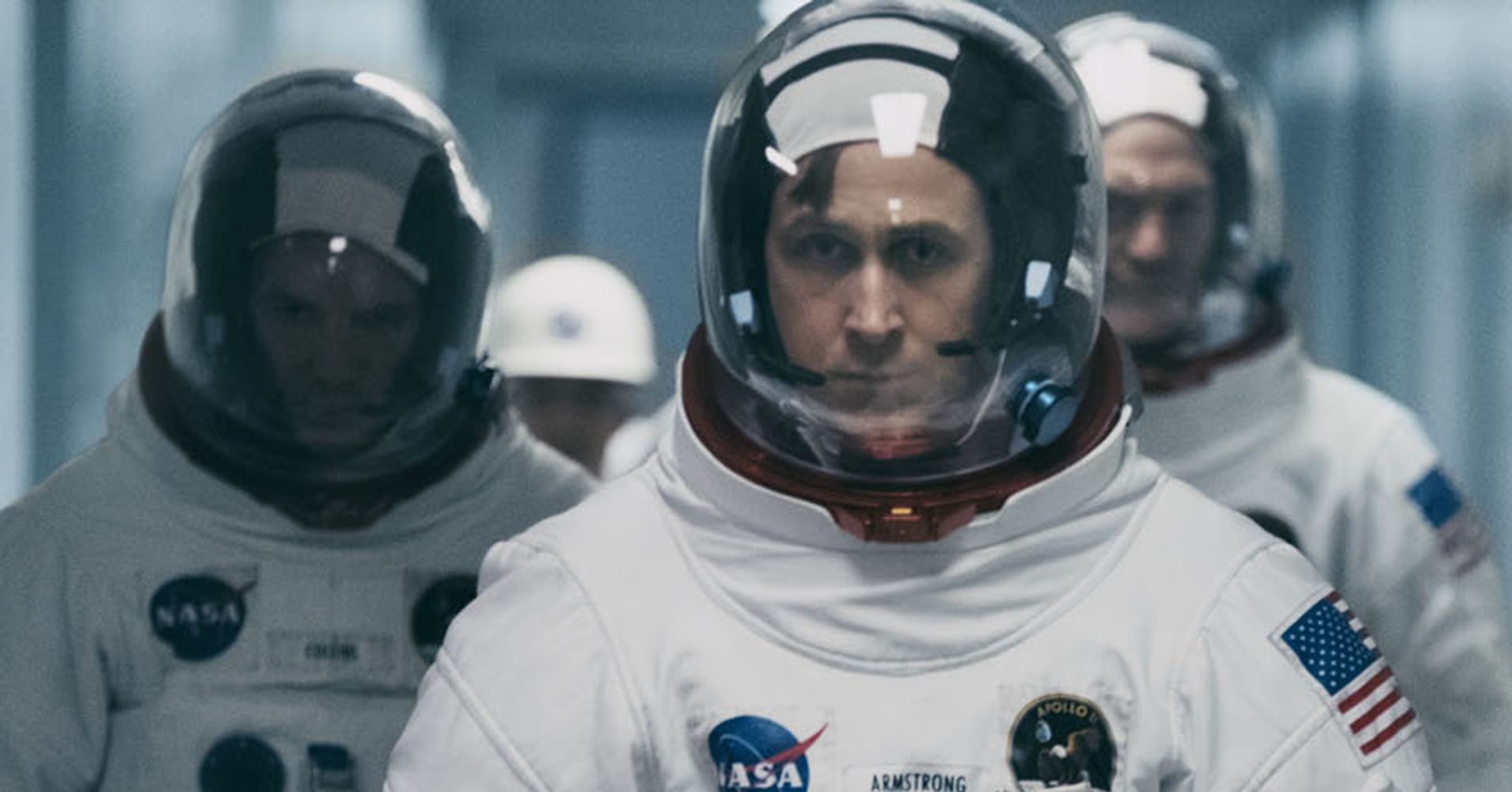 "First Man", a film that dramatizes Neil Armstrong's historic journey to the moon in 1969, has managed to turn a curious Venn diagram of seemingly disconnected groups: conservative politicians and deniers of the moon landing.

Earlier this summer, Senator Ted Cruz (R-Texas), Senator Marco Rubio (R-Fla.) And other "flag flag" conservatives denounced Damien Chazelle's new film for "erasing" the flag of the USA UU . According to Rubio, it was "total madness" that Chazelle did not show the moment when astronauts Neil Armstrong and Buzz Aldrin planted the flag on the lunar surface.

Do you know who else thinks the movie is total madness? People who think there has been lunar lunacy in play for decades.

According to a 1999 Gallup poll, 6 percent of Americans at that time did not believe that US astronauts walked on the surface of the moon 30 years earlier. The data may be ancient, but the conspiracy theorists who call images of Armstrong and Aldrin crawling on the moon #fakenews persist today. I know, because I asked them to share with me their feelings about "First Man," a movie about something they do not think happened.

This is what the lunar landing deniers think of the new biopic starring Ryan Gosling:

Matthew Real, the filmmaker behind a video of BuzzFeed on the doubts of the moon landing, says that "First Man" is a tired concept and says that Armstrong "fell like a national hero".

I'm really intrigued only as far as any other viewer is concerned. I mean, not really. It is a tired concept. [movies about the moon landing] in general, and knowing that they are very probable I will not cover the things that are actually documented that happened (for example, the vocal criticism of some astronauts to the Apollo mission and the premature death of Gus Grissom), I am very interested.

From a filmmaker perspective, I do not feel that Damien Chazelle really takes a chance. So it's probably a very bright piece of something that I do not think is entirely true.

Now what I'd love to see is a movie about Gus Grissom. Maybe someone wants to tell that story. It is much more interesting. Actually, the untold story, whether the landing was fake or not, is much more interesting than celebrating Armstrong. He was not the first choice and he simply fell like a national hero. Either because he could keep a secret or simply because the other guys died in a tragic accident.

Bart Sibrel, the filmmaker behind "A Funny Thing Happened on the way to the Moon" and who was once hit by Buzz Aldrin, initially gave the following answer:

I would love to speak with you, after you kindly read first the detailed article (found in the link below) that I wrote about this topic and then see my 47 minute long film "A funny thing happened in the way to the Moon "(also linked below), so that your interview with me is informed and so that the questions answered in the article and the film do not have to be duplicated. After which, if you wish, you can record a telephone interview with me regarding your remaining questions.

After telling him that he just wanted to talk about his impression of "First Man", he jumped on the phone to say that seeing him would be like "a Christian who is going to see a movie about why evolution is the supreme truth".

I have no intention of watching the movie. That would be like a Christian going to see a movie about why evolution is the supreme truth. That would be a waste of my time, and I would find it insulting.

First of all, they did not go to the moon, and all they have to do to discover what it is to ask this question: "Were they really a thousand times more than 50 years behind what they can get today?" Technology does not recede. If they could go to the moon in the first attempt with equipment from the 1960s, [but] they can not go today, they can only travel one thousandth of the distance with 50 more years of rockets and advanced computers, so there is something wrong with this image.

Colin Rourke, a professor of mathematics who wrote an article in which he doubted the photos of the moon landing, declined to comment, but provided this comment:

It is a simple piece of elementary geometry that demonstrates without a doubt that some of the photos of the Landings of the Moon are false. Since they all share common characteristics, the obvious conclusion is that they are all false. If that makes you think that the landings were falsified, it's a pretty sensible deduction. I do not comment on this.

I do not intend to go see the last picture of the landings. Have fun reviewing it.

Jay Weidner, who produced films that explain how Stanley Kubrick allegedly directed the moon landing, is excited about "First Man," but above all wants him to know that his new Kubrick document will be "explosive."

Aulis Online, a website that says "promote greater awareness and stimulate a different thinking" and that contains articles from those who doubt the moon landing, sent a curious quote from Neil Armstrong instead of a real comment.

The movie premiered in the UK today, so nobody has seen it yet. In
In any case, our authors endorse the articles, articles and comments posted on Aulis.com and Neil Armstrong's statements made at the White House in 1994 on the 25th anniversary of the landing of Apollo 11.

He said: "We have a group of students with us, among the best in the US We tell you that we have just completed a beginning, we leave you a lot to fall apart, there are great undiscovered ideas, advances available for those who can eliminate One of the layers of truth, there are places to go beyond belief, those challenges are yours in many fields, including space, because there is human destiny. "

Marcus Allen, a publisher in the United Kingdom, distributor of Nexus Magazine and moon landing denier, plans to watch the film. Out of this world!

Undoubtedly, I intend to see the movie "First Man", but as it opens today in the United Kingdom on Friday, October 12, I have not seen it yet. I have read the book, First man, on which the film is based. I'll be interested to see how the two compare.

Philippe Lheureux, author of Moon Landing: Did NASA lie? I did not know what I was talking about.

Translated from French: "I do not know what movie you're talking about."

So there you have it. Were the false landings? Was it really man to the moon? All we know is that when it comes to "First Man", Houston, they have a problem.