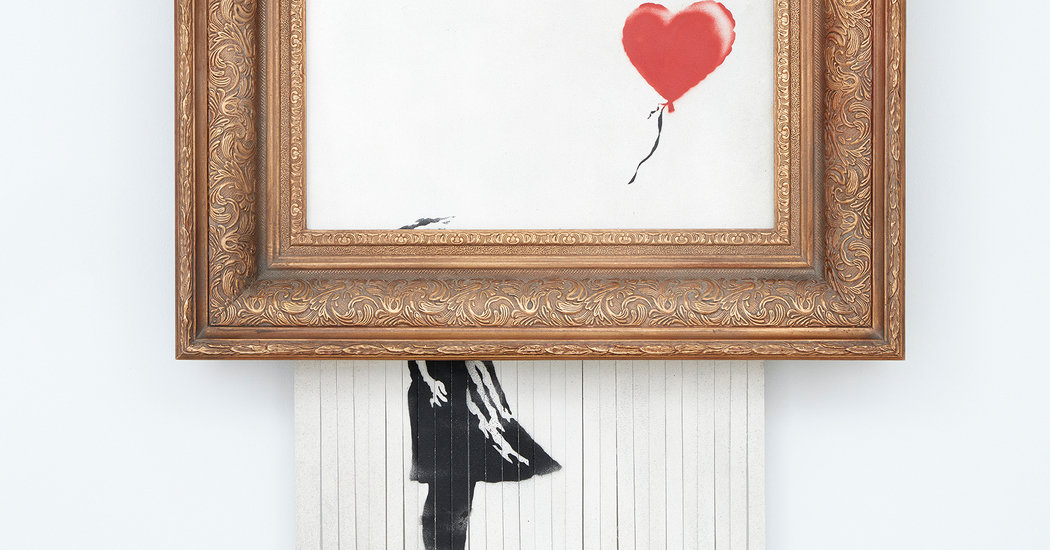 LONDON – The woman who made the winning telephone bid at a London auction for Banksy's painting "Girl With Balloon," which was partially destroyed by the remote control moments after it was sold for $ 1.4 million, continues with the purchase at Same price, Sotheby's said in a statement on Thursday.

"When the hammer fell last week and the work was shattered, at first I was surprised, but little by little I began to realize that I would end up with my own piece of art history," said the buyer, who was identified only as "" European collector and a long-standing customer, "he said in the statement.

Joanna Brooks, the director of JBPR, who answers questions from Banksy's media, said that Sotheby's had requested a new authentication of the piece, which went through half of a shredder hidden in the frame. .

"It's a different job now, so I needed a new title." The shattered piece, entitled "Love is in the bin", received another certificate from Pest Control, Banksy's official authentication body. Neither Mrs. Brooks nor Sotheby's confirmed if Banksy had been the seller of the painting.

After the winning bid was declared for "Girl With Balloon" at Sotheby's on October 5, the painting, hanging on the wall next to the staff members of the auction house, began to be destroyed, much to the surprise of the spectators. The crushing stopped in the middle of the canvas. (A photo posted on the private Instagram account of Caroline Lang, the president of Sotheby's Switzerland, showed a man in the sales room operating an electronic device hidden in a bag).

Merchants have speculated that this painting Banksy became More valuable after the artist's intervention created a memorable moment. At least one prominent critic has considered it a "masterpiece of radical performance."

"The urge to destroy is also a creative impulse," Banksy said in his Instagram account, where he posted a video on how he had prepared the shredder hidden in the frame.

Self-destructive painting is "the first work of art in history that was created live during an auction," said Alex Branczik, head of contemporary art in Europe at Sotheby's, about the incident in the statement.

"Banksy did not destroy a work of art in the auction, he created one," added Branczik.

The piece will be in public view at Sotheby's in London on Saturday and Sunday.