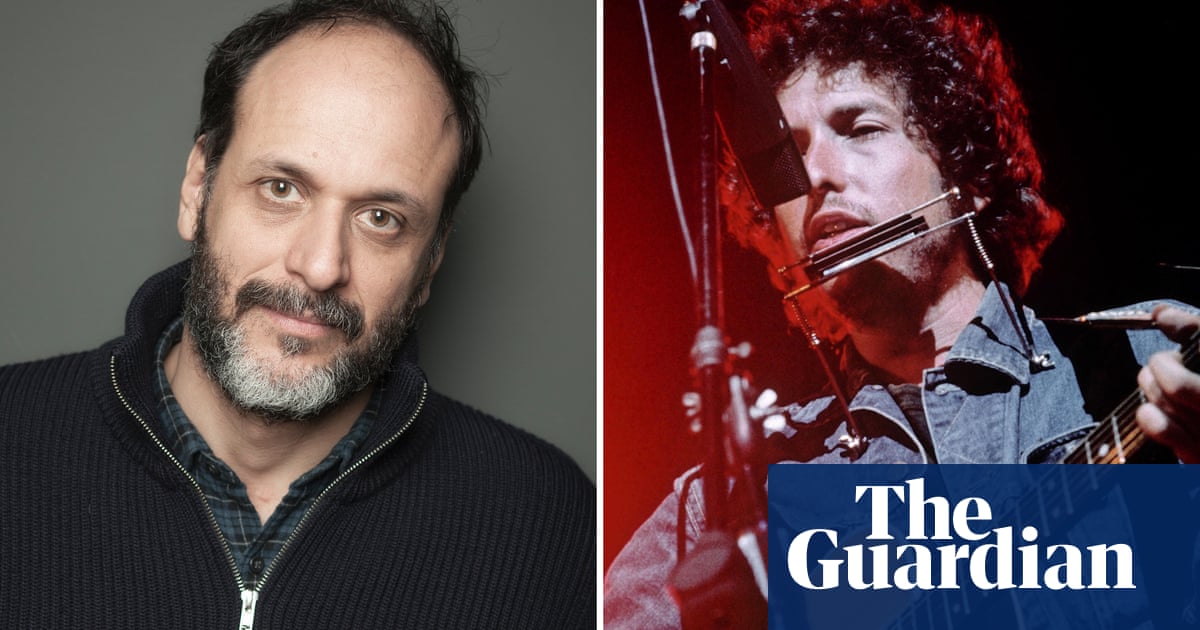 myReceiving news for moviegoers this week, as Luca Guadagnino, director of Call Me By Your Name, has announced that for her next film she will make a film adaptation of the album Blood on the Tracks, by Nobel Prize-winning author Bob Dylan. . The profile of the director in the New Yorker this week shows the revelation that a producer of Call Me By Your Name had acquired the theatrical rights of the album, in itself a point of interest for anyone who did not know that the albums had Theatrical rights – and he asked Guadagnino to turn it into a movie.

In turn, Guadagnino asked Richard LaGravenese to write it, which resulted in a script that, we are told, follows the characters "through a story of several years, set in the seventies, inspired by the central themes of the album ". Guadagnino adds cryptically that the film "will dramatize the repression and what that does to them." Not that Dylan was repressing so much when he wrote: "Idiot wind / blowing every time you move your teeth / You're an idiot, baby / It's a wonder you still know how to breathe." But we will leave it slide.

The news is particularly delicious, as it seems to be the first time that an album has adapted to the screen, albeit vaguely. This places the film in an exciting modern pantheon of films adapted from unexpected or extravagant things, such as amusement park attractions (Pirates of the Caribbean), episodes of This American Life (The Informant), video games (The Angry Birds Movie) or emoji. (The movie Emoji, which, let's not forget, was starring Patrick Stewart as poo).

Other questions arise, beyond the central question of whether Guadagnino is seeking inspiration. The project comes after a few frantic years for the director, then A Bigger Splash, Call Me By Your Name, a remake of Suspiria, and the thriller starring Jake Gyllenhaal, Rio, which has now been eliminated as director. In addition to this, the endless sequel to Call Me By Your Name is still apparently in play, despite André Aciman, the author of the book on which the film is based, saying: "Nonsense! There will be no sequel!"

On the one hand, the "central themes" of the Blood on the Tracks years have already been put on screen quite brilliantly, though more indirectly, by Todd Haynes in his Bob Dylan movie, I'm not there. Haynes visits the 70s Dylan on a tangent, raising the events of his dissolving marriage with Sara and transferring them to the figures of Robbie Clark (Heath Ledger) and Claire, his wife (Charlotte Gainsbourg). This segment is presented in the film as a kind of mini-drama in its own right, among some of the most popular of Dylan's life and music. This difference fills the section with the appropriate pathos, showing perfectly how, at this stage of his career, Dylan presented himself more openly, with more vulnerability than before.

At the same time, I'm not there could provide clues on how to adapt an album. Guadagnino does not reveal if there will be any attempt to adapt the Sound of the album, which is such an important part of the album as the lyrics and stories, but Haynes evokes something of Dylan's fluency, his imagination, his obstinacy, too, in the free section of his film, which involves Richard Gere as Billy the Kid. The idea of ​​adapting an album could work, but surely it would be a pity to lose the musicality at the cost of telling a clear story.

Beyond these concerns, we await with great impatience a new deluge of album films, which will surely rescue that format of noble but endangered music by reducing the records to easily digestible stories, among other things because Blood on the Tracks is not the most important thing at first sight. Kinematics of all the discs. Barry Jenkins' opinion about Stevie Wonder's Innervisions should not be too far from the line, telling the story of a child born in the harsh Mississippi town who travels to the city, falls in love with a Golden Lady and gets very nervous . In Ben Wheatley's A Grand Do not Eat For Free, Lily James seems to be a dead certificate for the role of a woman who is in shape but, unfortunately, she knows it.

I crave a film adaptation of the classic 1993 album of Sepultura, Chaos AD, perhaps guided by David Fincher on the screen, with a long section dedicated to the vibrant song Biotech Is Godzilla, which elaborates in an exciting way a grim cosmovision of pharmaceutical companies that they create diseases, such as Aids, to reap the financial rewards of serving them. Meanwhile, we await the pioneering leadership of Guadagnino with great expectation.