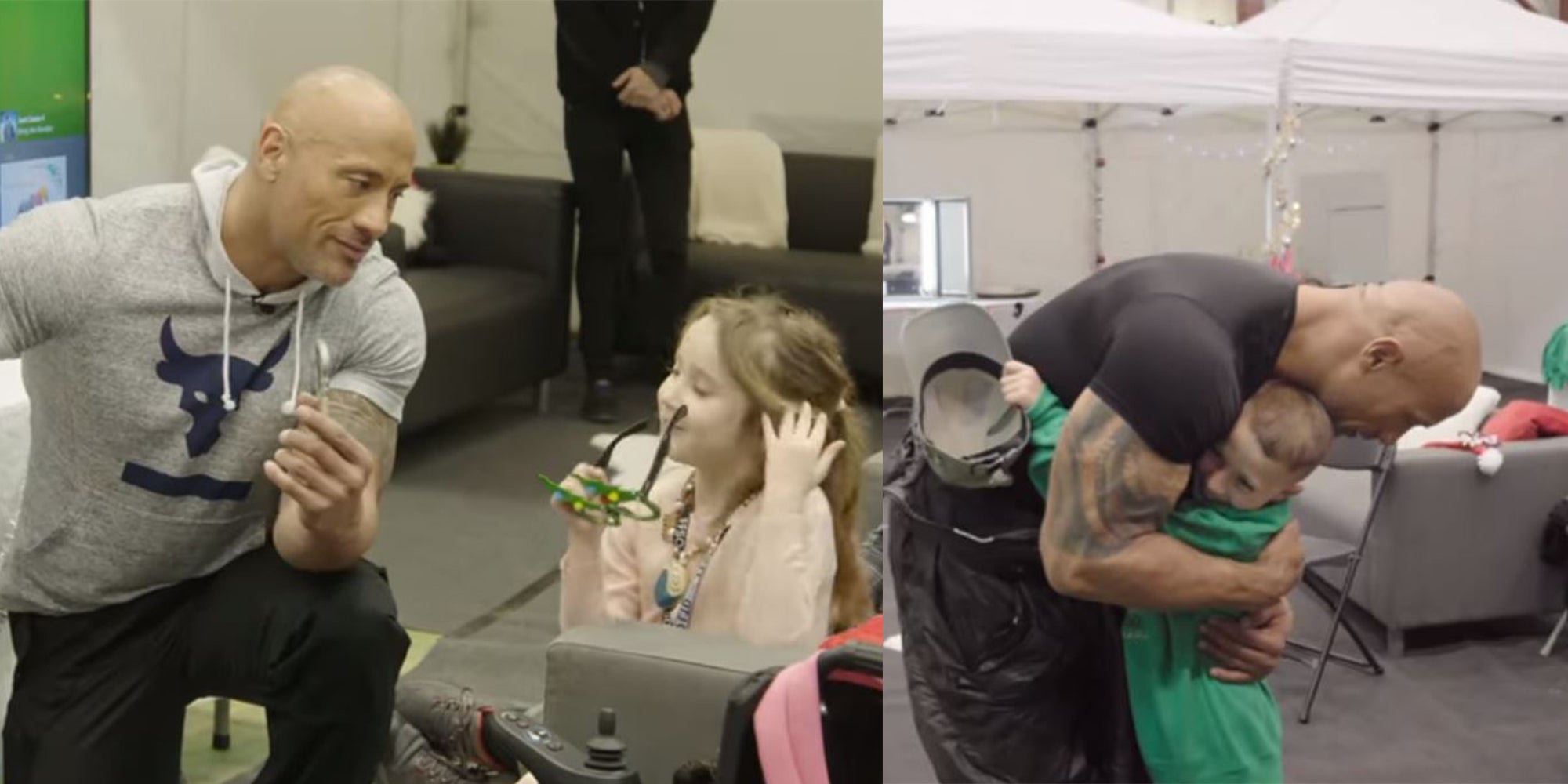 Hollywood superstar and versatile nice guy, Dwayne & # 39; The Rock & # 39; Johnson, has treated three children on a very special day on the set of his new movie.

The 46-year-old currently plays the movie Fast and furious spin-off Hobbs and Shaw, being shot here in the UK.

While in place, Johnson took some time to film to meet Cameron, Lucy and PJ from the Make-A-Wish Foundation, Rays of the Sunshine Children's Charity and Starlight Children's Foundation, charities such as works with seriously ill children and brings a little hope and cheers into their lives.

The trio met the former switch after taking a ride in some of the vehicles from the movie and playing video games and initially seemed shocked that their hero was standing in front of their names.

Johnson even encouraged an impromptu transfer of Moana The song "How far I should go" from Lucy, her favorite film starring "The People" s Champ & # 39;

They then meet Johnson's co-star Jason Statham before being introduced to the other members of the cast and crew where he pays homage to them.

We are lucky to play heroes. They are really like superheroes because they are super, super strong.

The Rock concludes the video he shared on Christmas Eve, saying:

Spending time with P.J. and Cameron and little Lucy-just to see them smile and have a good time and to take some pleasure in an otherwise quite challenging time is just very, very special.

Man, I got the best job in the world. This kind of thing is easy, easily the best part of my fame. I am lucky.

You can see the full video below.