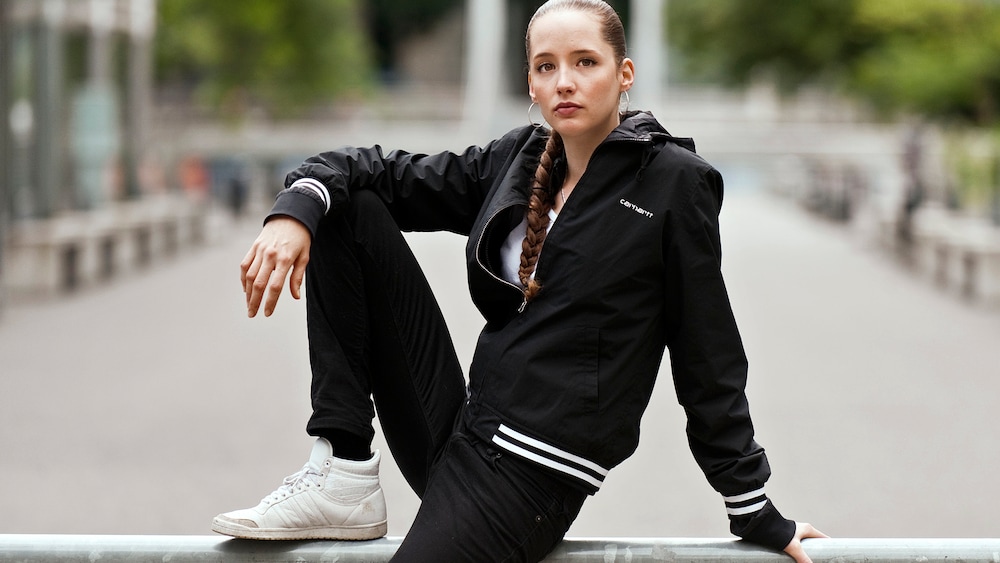 "How is it for you as a woman in hip-hop?" Steff la Cheffe has heard this question many times in her career. The Bernese woman has been part of the scene for 15 years – and really doesn't want to answer the question anymore.

"Mr. Doctor, Mr. Doctor, I break up like a baby, so it wouldn't be any higher." This is a line on Berner's rapper Steff la Cheffe (31). It has been published in 2010, since then a lot of time has passed. Steff la Cheffe, actually called Stefanie Peter, released two more albums after the first album "Bittersüessi Pille".

This spring, her third work entitled "Härz Schritt Macherin" was published. Here she also negotiates role models and the relationship between the sexes. "Even the name is certainly a reference to the gender problem," Steff la Cheffe says. She sits in a cafe in the Bernese Lorraine district and talks about her role as a woman in the hip-hop scene.

"When I started about 15 years ago with beatbox and rap, I was warmly received. People were surprised and excited that a woman was on stage." On the other hand, she often received dubious compliments: "Hey, you're very good – for a woman. "Yet, frankly, the statement of a young man who told her at the beginning of her career," I can't take women off in principle ".

And much more was said about her appearance than male colleagues. When she wore a hood and pants pants, she said, "Don't you want to dress more feminine?" But once she wore a dress and pumps at the Swiss Music Awards ceremony, a blogger wrote that it was a disappointment.

She is a role model and works for liberation, if there really is the right outfit. Sorry, but he hasn't understood anything about liberation, says 31-year-old, and it still seems to irritate them today. "The point is that you should not tell people and women what they have to do. The goal of liberation is precisely the liberation of the people, far from bound expectations of role models.

Therefore, she really wants you to talk to her about her music instead of her gender. "After 15 years in the scene that will eventually be eaten," she finds. "But when I read in a hip-hop magazine in 2018 that you just can't take women seriously, I think there's still a lot to say."

Not just hip-hop in criticism

But she doesn't want you to throw out only the rap and hip-hop scene. "Of course in hip hop, it's the macho types that dominate women and show them as objects." But hip-hop is simply "one of many stages in our society, and thus an expression of a kind of thinking deep in our heads is rooted".

Therefore, "we as a society must work to break down stereotypical role models". And women couldn't do it alone, "it also takes men."

Precisely for this reason, Steff la Cheffe was very happy when a young man asked her if she would write a roles and gender equality game some time ago. The result was the game "Alice", which was played last year at various theaters in Switzerland.

"The work on it was like a valve. I was able to write down what had bothered me a long time and annoyed me again and again. Now I feel much better. And today I'm not that annoying when confronted with such problems. "

In addition, she thinks she has a certain responsibility, because as an artist she is offered a platform that she will use for exactly such concerns. "Today I myself will call myself a feminist."

She would have shot away from it five years ago. "Because I wouldn't be the corner in this corner. Between 20 and 25 years, it's important to know where you are and what others think of you," she says. It's secondary. Today she knows, "I just have to run my movie and stand by what I think ". (SDA)