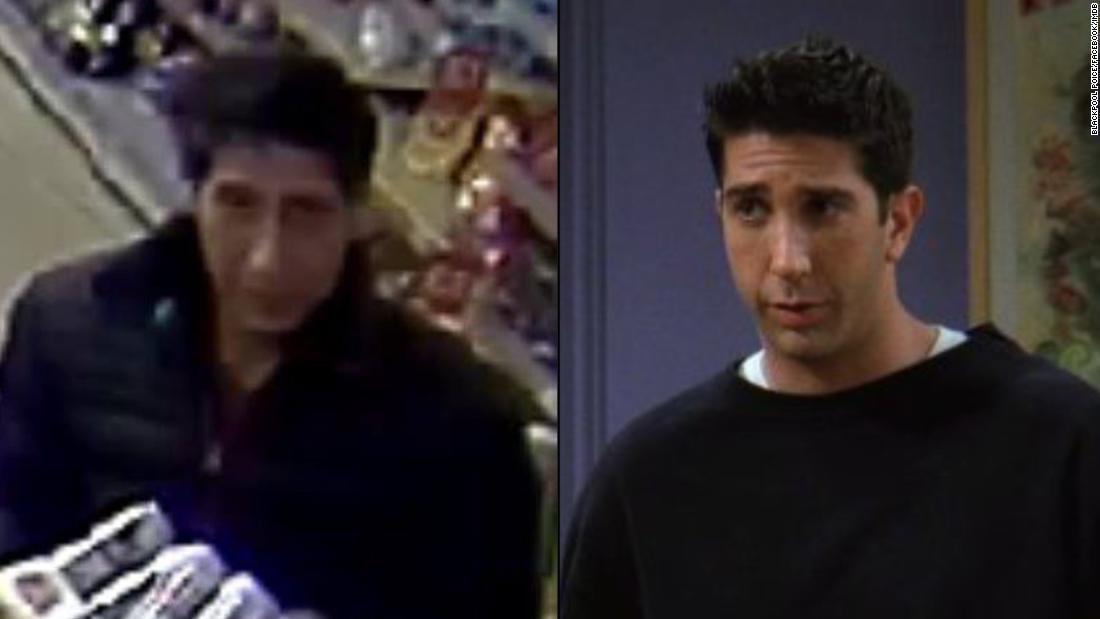 "It has not been his day, nor his month, nor even his year", joked a user on social networks, referring to the theme of the program, after the publication of Facebook by the police of Blackpool went viral.

"I heard that the driver of his break was stuck in the second gear," wrote another.

The avalanche of comments even led police to confirm that David Schwimmer, the actor who played Ross in the hit sitcom, was not under suspicion.

"Thank you all for your quick responses, we have thoroughly investigated this matter and confirmed that David Schwimmer was in the United States on this date," they wrote. "We're sorry it has to be like that."

The officers want to talk to the suspect in connection with a robbery in a restaurant in the English coastal city last month.

"There are rumors that he had some accomplices," warned one user. "Miss Chenandler Bong, Regina Phalange and Ken Adams were seen in the area," referring to the pseudonyms Chandler, Joey and Phoebe use in the show.

And the episode, which a user nicknamed "The one that made Ross become a thief," took another turn when a police force in Scotland joined in the joke.

"If you see him stay away," Dumfries police wrote on Facebook. "It is known that he studied Karate and we believe that he has mastered the art of Unagi, the state of total consciousness," they added, nodding to an episode in which Ross claims to be an expert in self-defense.

The original publication generated more than 100,000 comments and has been shared more than 65,000 times.

Some users urged people to take the case more seriously, noting that a real crime may have been committed.

But Ross remained the person of interest to most commentators, who were eager to help the police with "clues" from several "Friends" episodes.

Some suggested that they would find evidence to see an episode in which Ross justifies the theft of hotel services. "Remote control batteries, no, no, no, a box of cans from the store, yes, yes," wrote one person, paraphrasing the character.

Others believed that the suspect could in fact be one of Ross' various costumes on the show, including Russ, Vikram or Holiday Armadillo.

But many did not agree with that theory. "Could I be more like Ross?" a user asked, imitating Chandler Bing's slogan.

"Friends" ran for 10 seasons between 1994 and 2004, and has remained popular in part because of its availability in streaming services such as Netflix.

People with genuine information about the alleged crime have been encouraged to contact the Blackpool police.