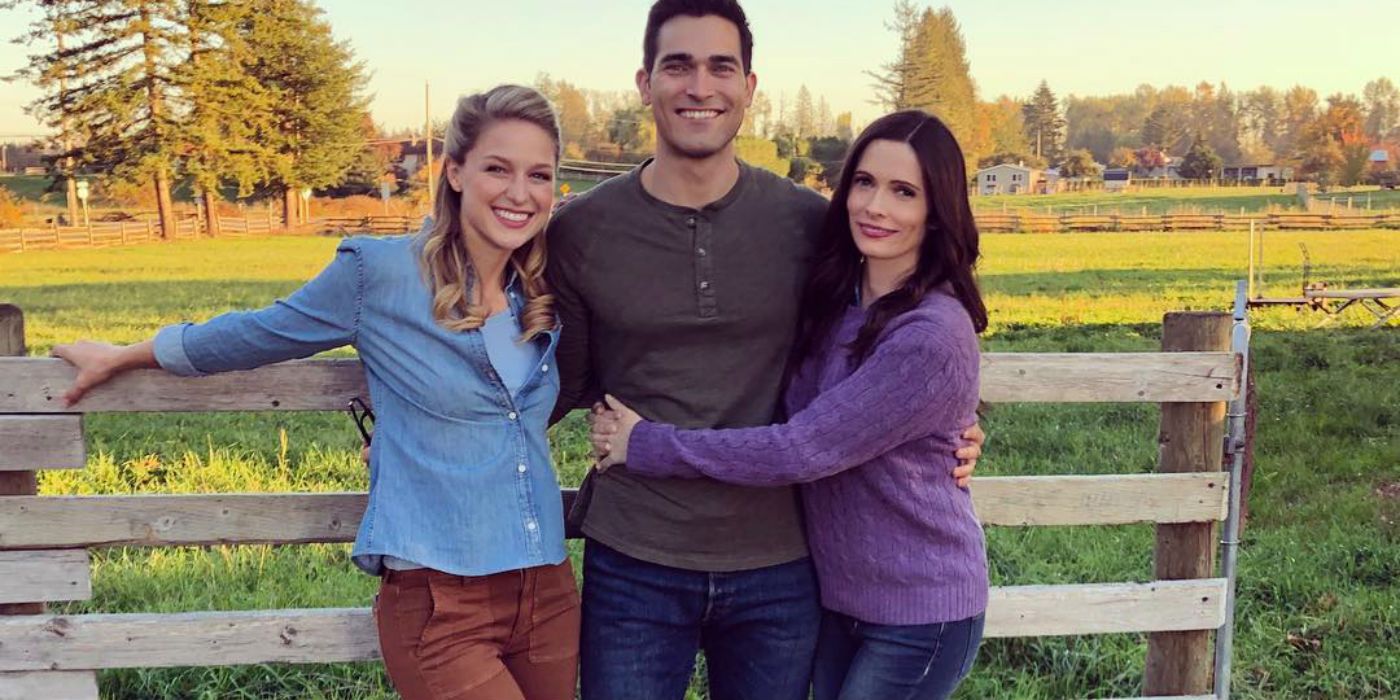 Photos behind the scenes of the next Arrowverse set. Elseworlds Cross indicates there will be scenes at Kent Farm in Smallville. The annual event for The CW's collection of superhero television shows is usually a lot of fun, and it seems that this year will be no exception, with a recent poster showing Barry Allen in the Green Arrow costume, and Oliver Queen with the Flash suit.

Elseworlds, the crossover title, refers to a DC Comics footprint that focuses on stories outside the main continuum, allowing writers to experiment with alternative timelines and alternative universes. The television crossing this year will consist of one episode each of Arrow, SupergirlY The flash (unlike previous years, Legends of tomorrow will not be included), and will also feature the return of Tyler Hoechlin as Clark Kent, who will wear a black Superman suit.

Now, two photos behind the scenes shared by the cast clearly indicate that we are going to see where Superman grew up: the family farm in Kent, in the quiet rural town of Smallville. Stephen Amell, who plays Oliver Queen, published a photo of the farmland with a fence surrounding it, and Hoechlin posted a picture of himself with Supergirl star Melissa Benoist and Elizabeth Tulloch, who will play Lois Lane, in the same place. Take a look at the two photos below.

There is an external possibility that these photos come from a totally unrelated farm in which the Kryptonian cousins ​​end up in, but otherwise it is quite safe to assume that Elseworlds It will involve a trip to Smallville. It is not yet known if Jonathan or Martha Kent were thrown into the crossover, but do not be surprised if one or both of those characters end up being confirmed soon.

The town of Smallville became particularly famous for the TV show of the same name, which ran from 2001-2011 and starred Tom Welling as a young Clark Kent, navigating his adolescence and learning to control his powers. Interestingly, a recent report states that The CW is developing a Superman television show starring Hoechlin, and that Elseworlds crossover will serve as a tailgate pilot. If that's the case, going back to Kent Farm makes a lot of sense.

Still not much is known about the plot of Elseworlds, although we do know that Green Arrow, Supergirl and The Flash will end up going to Gotham City to deal with the villain John Deegan, a doctor from Arkham Asylum. While in Gotham they will meet Batwoman, played by Ruby Rose, who is making her crossover debut before starring in her own television show.

More: Everything you need to know about the crossover of other countries

the Elseworlds The crossover will air on The CW for three nights, from 9 to 11 December, at 9 / 8c.