Consolidated as one of the most popular and acclaimed series of recent times, Black mirror He left everyone with their mouths open with the surprise prize added Bandersnatch, a movie where every viewer sits in the protagonist's place to make decisions that radically change the story, and which can be enjoyed on Netflix.

The versions that Netflix analyzed to launch interactive chapters began two years ago, after board members confirmed they were working on new ways of telling stories. Shortly afterwards, this modality began to be implemented in some children's titles such as Minecraft: History mode, the series of The Cat in Boots and Strech Armstrongbut it went unnoticed by the public. What many thought had been a failure was actually a strategy: understanding technology and perfecting it to make the leap large.

And it is possible that there were no better series to show the potential of this new tool to tell stories like Black mirror, the creation of Charlie Brooker who debuted in 2011 in England with a remembered episode where the English Prime Minister had to have television sexual relations with a pig to avoid a murder. Thanks to this kind of disturbing and different stories, it soon became a cult product.

Black mirror seeks to show the dark side of our link with technology, which in many cases is addictive. In fact, the name of the series is born because when phones and computers are turned off, we can see ourselves reflected in that kind of black mirror.

Concerned to capture the productions that are popular, in 2016 Netflix struck an agreement so that the new episodes became the exclusive platform and added good episodes such as "San Junipero", with reflection on death and love, and "USS Callister" A good tribute to Star Trek, but also a study of virtual reality and artificial intelligence. 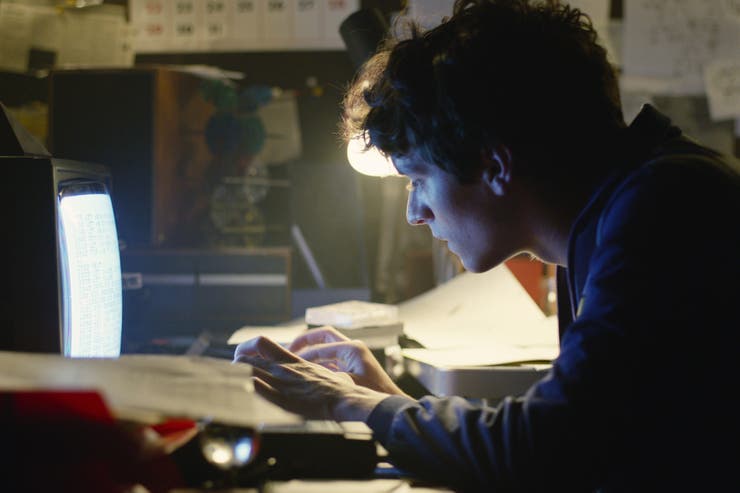 Stephan wants to develop his own video game (Photo: Netflix)

Although famous actors such as Jon Hamm or board members such as Jodie Foster have gone through the episodes, "Bandersnatch" has no known faces but good performers like Will Poulter, Craig Parkinson, Alice Lowe and Asim Chaudhry, under David's direction. Slade, responsible for the chapter "Metalhead".

Located in the 80s, Bandersnatch focuses on Stefan, a shy and lonely young man who dreams of entering the video game world. In his room he writes the code for a new title, inspired by a cult book, but which many believe is cursed. When you have a first version, you are approaching the most popular moment to convince them to complete the project. From there, the story changes according to the choices of each viewer.

The possibility of choosing between different sites is as attractive as it is addictive, and contrary to what happened to the children's books from the collection "I chose your own adventure", everything begins with some innocence as choosing to have breakfast, which song to listen to, talk to someone or not, and end up with dark and terrible situations. Not everyone comes to this case, but those who came across the ashtray stage will understand how Black mirror He did not lose his taste for provocation and discomfort.

Although both Netflix and the manufacturers of the series prefer not to provide more data, it is estimated that there are about five hours of material available to play with the options, and that there are both dark ends and completely ridiculous and surprising closures. There are even meta references to the same streaming platform and subtle flashes, such as background ads that refer to the type of cereal chosen at the beginning.

Along with these games, Bandersnatch is also full of elements in the universe of Black mirror, with clues about other episodes and characters, so surely many will decide to play several times to try to discover all the secrets. It won't be easy: it is estimated that there are thousands of possible versions of the story. And not everything ends there: Besides a character from Alice through the mirror of Lewis Carroll, Bandersnatch was also a real video game from 1984 that was well-publicized but never sold … who will discover which one is the true story?