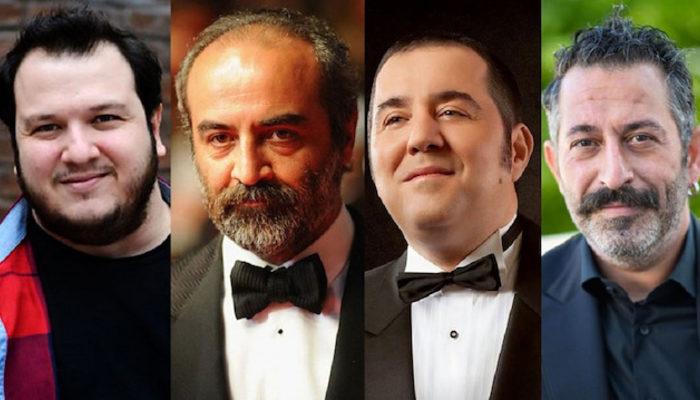 Especially the Mars Group ticket prices are promoted with promotions, the producers said they will increase the amount 5 to 5 years they get ticket per ticket. If the deal is not achieved, it is expected to be released by 2019 Organized Works 2: Carp Spiral, Black Funny Films, Recep Ivedik 6 movies will be shot.

The Vision of Your Organized Works 2: The Carp Spiral Coat, which is expected to be released on January 1, has been postponed. Produced by BKM, directed and directed by director Yilmaz Erdogan, the reason for the postponement of the film, BKM continued to negotiate with room leaders were claimed to be.

It turned out that the allegations were correct and there was disagreement between the hallo operators and the "ticket crisis" with other manufacturers.

The filmmakers and salon operators came into each other.

The filmmakers say their rights are not given and that promotions and ticket prices are constantly being upgraded.

Turkey's largest cinema operator Mars Group, adding that the next corn-drink campaigns buy tickets. Even in times of loud audience, this makes it mandatory to do so from time to time. For a long time, the filmmakers were uncomfortable with this practice. Despite the ever-increasing ticket prices over the past 5 years, manufacturers get £ 4.5-5 per ticket. If not, none of the popular movies will be released.

If the Mars Group does not agree with the agreement, they will not make their films this season. This is not a boycott, but all the filmmakers will make an individual decision, but the four producers that I have talked to and talked about said they would shoot their movies if no agreement was reached.

Here the movies are exposed:

The first of Kara Komik Films that Cem Yılmaz will put a first in the Turkish cinema with his ik Kaçamak Kara and ile 2 Arada ın will be released on January 18th.