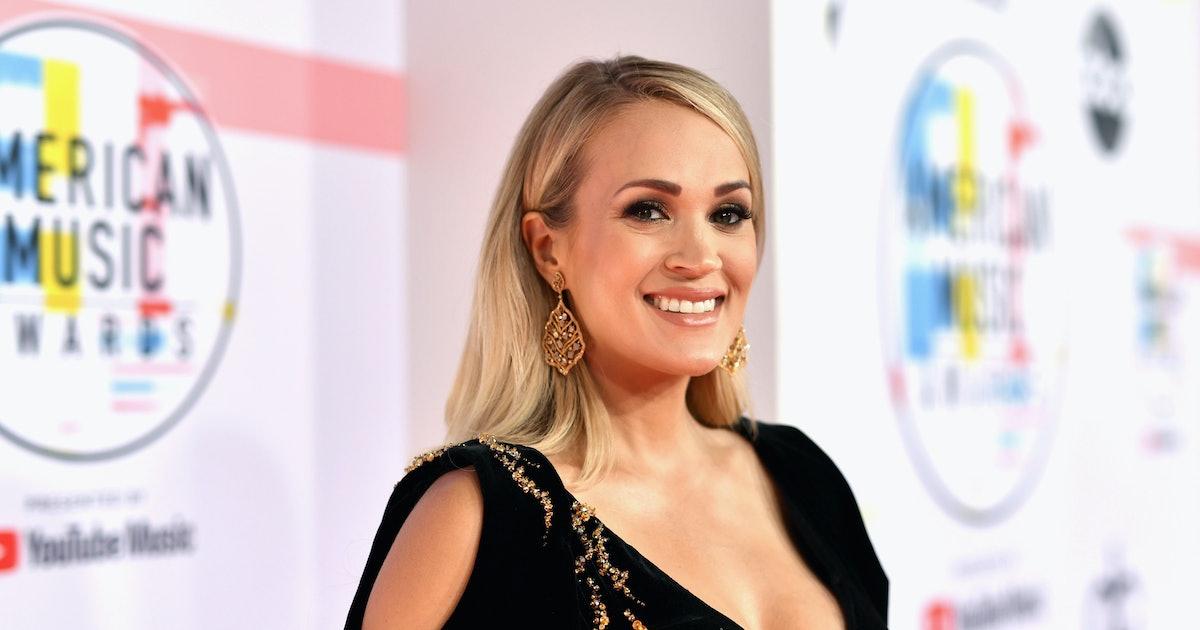 A little less than a month ago, Carrie Underwood released her third studio album, entitled He cries a lot. And fans of the country music star have long known that it is perhaps their most personal album to date. Since she will perform songs from the album at the American Music Awards on Tuesday, it seemed appropriate that Carrie Underwood's comments on the AMA red carpet focused mainly on the new album, as well as what it was like for her to create such an intimate collection. Of art and then share it with the world.

Suffice it to say, those who have listened. He cries a lot – in almost any capacity – you will not be surprised to learn that, according to the previous interview with Underwood's AMA, creating the album was definitely not an easy task. That is probably true for a whole list of reasons, including, among others, the fact that He cries a lot He deals with some extremely emotional topics, from personal injury to substance abuse.

And while it seems safe to assume that Underwood fans are grateful for his powerful record (see: his nomination for Favorite Female Artist at this year's awards), it also seems important to remember the personal difficulty that often accompanies the will of a artist to be vulnerable. With his art in this particular way. During the red carpet event filled with stars on Tuesday night, Underwood echoed that idea, saying:

"It's hard to expose yourself like that, you're entering a writing session, like, letting your feelings out, and you're just waiting for people to understand."

Judging by the overwhelmingly positive response to his new album (both for listeners and critics), it seems that Underwood does not need to worry too much about people not "understanding" him when it comes to his music. In part, that's probably because, and those who have seen Underwood sing live, or even in a music video, almost certainly know this is true, the emotion so tangible that brings to the table when he acts.

So how did he do it? On the red carpet of the AMA, one of the hosts asked him if there is anyone in particular that Underwood "sings" when he interprets tracks that deal with personal and emotionally forged elements. Like many of those outside He cries a lot. Responding to that question, the singer made reference to the song "Spinning Bottles", which appears on the new album. Before answering affirmatively (Underwood said that he "definitely" has someone in mind each time he performs the trail), he told the hosts:

"When we wrote the song" Spinning Bottles, "everyone had people in their heads that we've seen through this, or family members or friends we've seen dealing with addiction."

As anyone who has heard the song could easily corroborate, that very real emotion definitely resonates. Maybe he even beat Underwood for his thirteenth victory at the AMA at Tuesday night's awards ceremony. But, after listening to her comments on the red carpet, it seems that Underwood is less worried about winning, she won twelve after all, and more concerned about supporting his fellow nominees. (Miranda Lambert and Maren Morris, respectively.) Speaking with the hosts about how it felt to attend the awards ceremony, Underwood sang the praises of his nominal classmates. "You know what, I'm in an amazing company," she said, before adding,

I wish Underwood all the luck in the world at tonight's awards ceremony. And whether he wins or not, the courage, the vulnerability and the extraordinary ability to incite him to grieve seriously with his music.