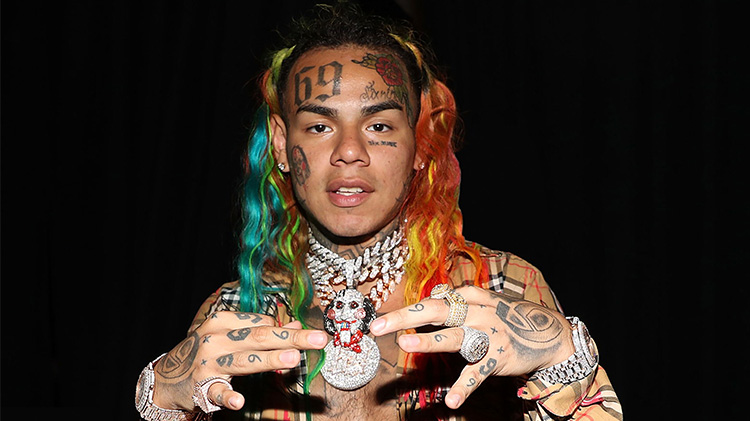 Brooklyn rapper Tekashi69 (aka 6ix9ine) was sentenced to four years of probation in his current case of child sexual performance, according to the local news station Pix11. The hip-hop star pleads guilty to charges in 2015 after he used a 13-year-old boy in a sexual performance that was videotaped and appeared online.

6ix9ine was 18 years old at the time the video was recorded, and the video clip allegedly showed him having sexual contact with a minor. According to the complaint filed at the New York Criminal Court, 6ix9ine could be seen touching and stroking the minor's body parts while he was standing behind her, "making a push movement with the pelvis and hitting her against the buttocks" .

6ix9ine, who is now 22 years old, originally faced one or three years behind bars in the case. In addition to the four years of probation, he was also sentenced to 1,000 hours of community service.

The rapper recently gained fame in the mainstream thanks to his recent collaboration with Nicki Minaj in his hit "FEFE". He has also been insinuating his legal problems on social media, sharing a photo of himself wearing a suit with the title, "GOD IS GOOD GOD IS … GOOD!

But only a few hours after his probation sentence, 6ix9ine was linked to a shooting at the Philippe restaurant on the Upper East Side. 6ix9ine and her manager met there to have a dinner that was supposed to be a celebration of their trial, but members of the 6ix9ine entourage were denied entry, according to ABC News. A few hours later, three members of the 6ix9ine crew were shot after a fight broke out between their entourage and the restaurant's security guard.