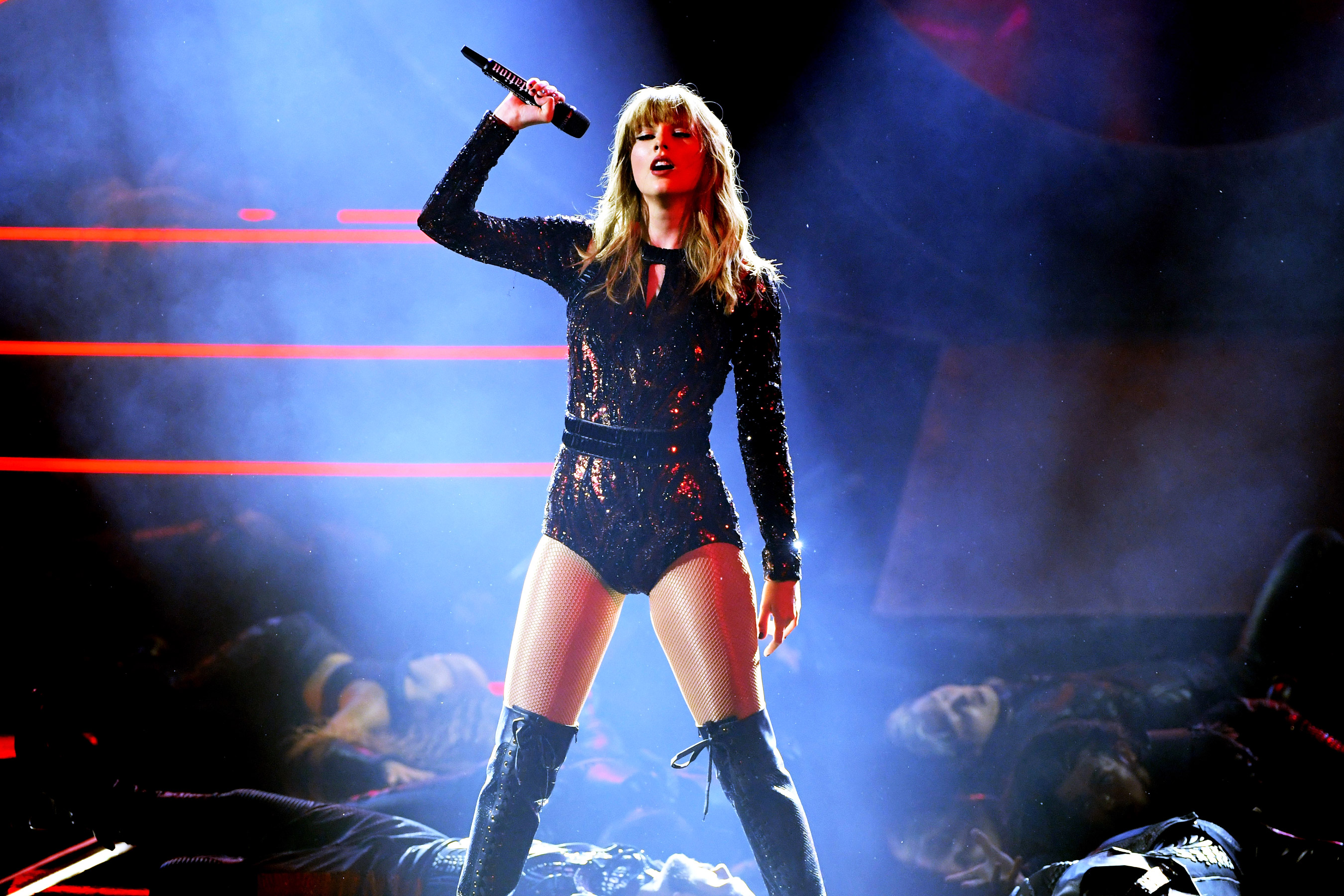 What happened? Somehow, the American Music Awards turned out to be strangely disastrous this year. As the cheese prizes show, this has always been on a sub-cheddar level, generally retained during the holiday season and generally totally ignored. But for some reason, the AMAs decided to be a big problem last night, with the show full of stellar performances, from Taylor to Cardi. They invited Khalid instead of Khaled. They paid tribute to Aretha Franklin who focused on music instead of Madonna giving a speech. Tracee Ellis Ross was the stylish hostess, wearing a series of black designer outfits and doing a dance routine to a mix of hits from Cardi B, Childish Gambino, Bruno Mars, Beyoncé and Aretha. The whole program made you suspect that they were really trying to impress the music fans, what a concept.

The big winner of the night: Taylor Swift, who announced last week that she was going to present "I Did Something Bad", without revealing that she was going to spend the weekend between urging people to vote for Democrats at mid-term, inspiring thousands of citizens to register. Their political affiliations can not surprise those of us who have heard their music. (What, you never noticed the lyrics of "Welcome to New York" from "boys, girls, girls and girls"?) But the controversy added an extra touch to his salt "I Did Something Bad". She sang in a giant. Background that resembled the Wu-Tang Clan logo, because Wu-Tay is for children. She continued to bring the uproar with a giant snake, and received a beep for uttering the phrase "if a man talks shit, then I owe him nothing," a timely sentiment, to say the least.

Swift spent the rest of the night winning prizes, including Tour of the Year, Album of the Year and Artist of the Year, while wearing his Bowie disco ball outfit. She has moved away from the prize galas in recent years, after having been a staple of all of them for a long time, so the fact that she presented herself to this was a big problem. But she had something she wanted to say. You know, Tay: when this girl gets involved in a new enthusiasm, she's not the type that's subtle about it. In the end, he insisted on expanding his recent and fair political statements: "I just wanted to mention the fact that this award and each of the prizes awarded tonight were voted for by the people, and do you know what else is voted for by the people? mid-term elections on November 6. Go out and vote, I love you guys! "

Cardi B, almost a year after "Bodak Yellow" and "Look What You Made Me Do Do" made a change of position in Number One, was in top form all night. He turned "I Like It" into a psychedelic extravaganza of salsa and trap, making a pose in the center of a grinder with checkered boots. She performed around the stage on a bicycle, while Bad Bunny and J. Balvin were driven in shopping trolleys from a golden supermarket and danced in the audience. She also won some prizes, wearing a Carmen Miranda-style fruit basket of an outfit and dedicating her prize to her newborn daughter Kulture Kiari Cephus. When Migos won later for the best rap group, Offset gave another cry to Cardi: "I want to thank you, sexy lady ".

One of the great emotional moments of the night was seeing Missy Elliott go again with Ciara, who strutted through a convulsive combination of "Level Up" and "Dose". They evoked the days when these two ruled the world in "1, 2 Step" and "Lose Control". Mariah Carey took a diva ribbon pinker than pink to present her new single "With You", which is not as memorable as "Without You". Since Jennifer Lopez was also in the house, it was hoped that these two unite our nation at the end of the Cold War officially I do not know, but it was not. Instead, Lopez also debuted with a new Sia-penned single called "Limitless", a great moment, at least until she started singing and revealed a limit or two. A very pregnant Carrie Underwood made a touching version of "Spinning Bottles", while Dua Lipa did "One Kiss" and Ella Mai shook the aisles with "Boo'd Up".

Camila Cabello was another of the big winners of the night, cuddling up with Taylor Swift in the audience and winning four awards, earning a playful bop on Tay's nose and also singing "Consequences." Ashlee Simpson appeared on the red carpet for la-la with Evan Ross (Tracee's little brother). Billy Eichner gave a heartfelt speech about the importance of voting, and even Khalid got involved in the election, and he paid his respects to his Texas roots by saying "Shout, Beto!"

Panic! At the Disco he did a weird version of a Queen song that nobody really needs to redo again. (My favorite karaoke bar actually charges people two extra dollars for singing "Bohemian Rhapsody"). They were presented by the cast of Freddie Mercury's new biopic, although it could have been more fun and original to see movie stars trying to cover "I Write Sins Not Tragedies." However, you must applaud Panic for coming back strong as the token rock band du jour awards show, as Dave Ghrol seems to be out of this cycle. 21 Pilots got an introduction from Amber Heard, who lamented that it was "the number of television shows I've been in that I have not been caught." (Busy Phillips rejected that joke?)

The night ended with another surprise: a tribute to the late Aretha Franklin that did not include any of her successes, treating her strictly as an artist of the gospel. It was a bold but sensitive way of approaching Aretha's powerful legacy, one she would certainly have appreciated. (Even if Ross called her "the goddess of the gospel," a decidedly strange little phrase.) Glady Knight, CeCe Winans, Donnie McClurkin, Ledisi and Mary Mary made a mixture of hymns, in honor of her Amazing Grace album. The tribute lacked clichés, genuinely educational, highlighting one side of Franklin's music that is still little known to its pop fans. It was an elegant final note. And after three hours of an award program without a single "come on, all of you" from DJ Khaled, you may renounce an alleluia yourself.