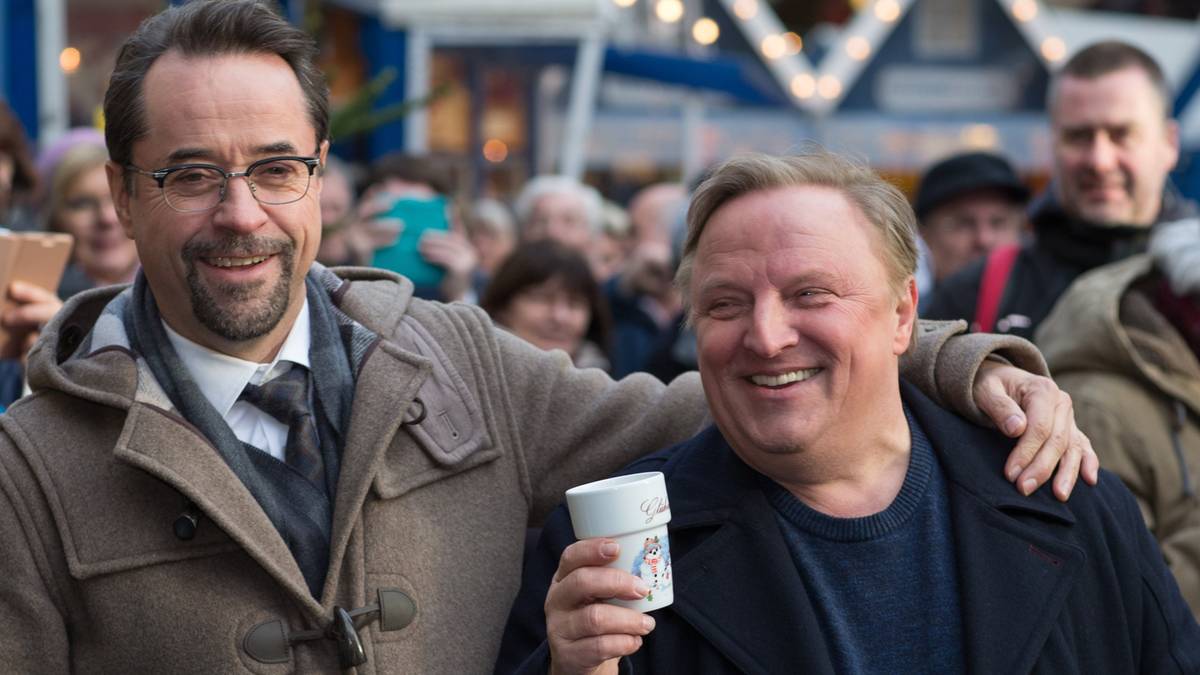 What to expect in Germany's most popular TV format "Tatort" in 2019 – an overview of teams. Many dates are still unclear, because ARD is planning just a few weeks in advance, their program exactly. So there may still be changes:

– Dorn and Lessing (WEIMAR): Four years ago, they have already set New Year's "crime scene", and in 2019 Christian Ulmen and Nora Tschirner are back. "The Hellish Heinz" is the entrance to the new "crime scene" of the year. In the fall, according to the MDR, there will be another case for the investigating couple, who are always involved in verbal warfare.

– Ballauf and Schenk (COLOGNE): Chief Commissioners Max Ballauf and Freddy Schenk (Klaus J. Behrendt and Dietmar Bär) always make good assessments. There are three issues again, according to WDR. It starts with the case "Next, on and on" January 6, which begins with a fatal tram accident. Or was the Russian mafia involved?

– Eisner and Fellner (VIENNA): The Austro "crime scene" alternately shows two or three films a year, 2019 it should be three, according to the ORF again. It begins with the case "True Lies" (January 13), where a shot-shot German journalist is found in Wolfgangsee, who last worked on a story of illegal arms dealings. That's the 20th case with Adele Neuhauser, who has been playing with Harald Krassnitzer since 2011. Krassnitzer as Moritz Eisner has been here for 20 years now.

– Faber, Bönisch, Dalay and Pawlak (DORTMUND): From the Ruhr district, the thriller with the actors Jörg Hartmann, Anna Schudt, Aylin Tezel and Rick Okon are again two thrillers, according to WDR, both likely in the first half. The first case, entitled "Zorn" (January 20), is about a dejected former miners. In other cases, the commissioners in a clinic investigate after a doctor has lubricated it in the emergency room under a plastic bag.

– Stellbrink and Marx (SAARBRÜCKEN): Devid Striesow examining Jens Stellbrink stops. The eighth and last case called "The Pact" will be January 27th. According to SR, a new Saarland team with five investigators is working and should be presented "last mid-March".

– Lindholm (HANNOVER): Maria Furtwängler's character is a criminal transfer from LKA in Hannover to the police in Göttingen. In the next thrill, Florence Kasumba plays together, which also worked in Hollywood in the action movie "Black Panther". Late, but after all: PoC-Power (People of Color) in Germany's most popular TV format. Launch of the new character Anaïs Schmitz is February 3, according to the NDR.

– Murot (WIESBADEN): The next "crime scene" with Ulrich Tukur will probably come on February 17, according to HR. In "Murot and marmot" by Dietrich Brüggemann (allusion to the American comedy "And every day greeting Marmot" from 1993, with Bill Murray), the investigator goes through one day several times. Even before the TV broadcast, the film Filmkunstpreis won the Festival of German Film in Ludwigshafen.

– Thiel and Boerne (MUNSTER): Fans of the most popular "Tatort" team – Commissioner Thiel and Prof. Boerne (Axel Prahl and Jan Josef Liefers) – had to decide for just one case in 2018. But in 2019 there will even be three new Münster criminal players, as WDR says, "one in March and two in fall / winter". In one of the tensions in the morning, a dead woman is found, prosecutor Wilhelmine Klemm (Mechthild Großmann) looks confused equally. There is also a movie that plays in the Christmas season.

– Lürsen and Stedefreund (BREMEN): Actor Sabine Postel and her colleague Oliver Mommsen stop. Postel is quite open after 21 years and criticized in the program magazine "At a Glance" the large number of investigators on the "crime scene": "Today, almost all cities will have a couple of investigators, which I find problematic." Goodbye movie by Commissioner Inga Lürsen and colleague Nils Stedefreund, "Where has my dear been?" Probably sent "in the first quarter," according to Radio Bremen. Until a new team is announced, it needs a little more time.

– Janneke and Brix (FRANKFURT): The actor duo Margarita Broich and Wolfram Koch determined in one case in the North Hessian Kassel. The actor of a television talker was killed and dismembered. According to HR, the movie "The Monster of Kassel" probably comes in early April.

– Rubin and Karow (BERLIN): The main strain Rubin and Karow (Meret Becker and Mark Waschke) should be seen once in the spring and once in the fall, as it is called by RBB. In one case ("The Good Way"), Rubin's son Tolja (Jonas Hämmerle) is involved in a shooting when he practices the patrol. In the second case ("Life after death"), of all people, a mysterious neighbor of Karow is found dead.

– Winkler, Gorniak and Schnabel (DRESDEN): After leaving Alwara Höfels Karin Hanczewski and Martin Brambach, 31-year-old Cornelia Gröschel, as Commissioner Leonie Winkler, gets her side. In its first case, a serial killer is released.

– Berg and Tobler (BLACK FOREST): After the third Black Forest "crime scene" Hans-Jochen Wagner aka Inspector Friedemann Berg could not be there because of illness, he is back aboard film number four in 2019. The film "Forever and you" comes, according to SWR "in the first half ".

– Flückiger and Ritschard (LUCERNE): In Lucerne, it's time to say goodbye. Two more films of today's team come – in spring and autumn. Then it's over after eight years and 17 movies. New "crime scene" city will be Zurich in the autumn of 2020. The new Züri team is likely to be announced at the beginning of 2019, but according to Swiss radio and television (SRF), the film will not be shot until the end of 2019 and early 2020.

– Batic and Leitmayr (MUNICH): The grizzled quota guarantees by BR, Udo Wachtveitl and Miroslav Nemec, come back with three issues. In the film "The Eternal Wave", for example, they investigate the well-known Eisbach Wave in the English garden, the thriller "One Way Ticket" is about a smuggling child who operates with harmless pensioners.

– Voss, Ringelhahn, Goldwasser, Fleischer and Schatz (FRANKEN): The BR team around Felix Voss (Fabian Hinrichs) and Paula Ringelhahn (Dagmar Manzel), who have investigated the spring once a year since 2015, have this time with a number of murders: In Bayreuth a human is shot every hour – a race against time. "One day like everyone else" was also shot at the Wagner Festspielhaus.

– Falke and Grosz (HAMBURG / NORD-GERMANY): "Probably in the spring and end of the year", according to NDR, two Hamburg cases come with the actors Wotan Wilke Möhring and Franziska Weisz. In one of the tensions a sniper shoots at a truck stop on a truck driver and flies unknown.

– Borowski and Sahin (KIEL): Schleswig-Holstein "crime scene" with Axel Milberg and Almila Bagriacik is seen only once in 2019, according to NDR, "in the spring", as is said. Two thrillers were "for programming reasons, unfortunately not realizing".

– Lannert and Bootz (STUTTGART): Two cases from Baden-Württemberg state capital are pending. In one case, the two Commissioners Thorsten Lannert and Sebastian Bootz (Richy Müller and Felix Klare) suspect a geriatric nurse to have killed patients ("Anne and death"). In other cases, "Guardian of the Threshold", arranged by Piotr Lewandowski ("God as us"), is a presumed ritual murder of a mountain plateau just outside Stuttgart.

– Odenthal and Stern (LUDWIGSHAFEN): In 2019, Ulrike Folkerts, the longest service provider Lena Odenthal, with "crime" for 30 years. First comes a case entitled "Maleficius". For the anniversary this fall, it will be a film that still has to be filmed. According to SWR, he refers to the third case of the 1991 Commissioner: "Death in the Shredder". Ben Becker, who played in a police officer, called Stefan Tries, should also be there again. The film at that time (director: Nico Hofmann) led to protests, because Palatine saw himself represented as provincial.

– Berlinger (FREIBURG / MAINZ): It is unclear whether and how it will continue with Commissioner Ellen Berlinger (Heike Makatsch), after she twice drove as Easter Special (Easter dinner) – once in 2016 ("Five Minutes Sky" in Freiburg) and once in 2018 ("Frog's time "in Mainz). "Currently, there are no concrete implications for planning," says SWR.

– Tschiller and Gümer (HAMBURG): Although it went badly late for Til Schweiger, it continues. But not with director Christian Alvart and author Christoph Darnstädt, but with Eoin Moore as director and Anika Wangard and Eoin Moore as screenwriters. They have repeatedly made Rostock "Police Call 110", which Schweiger believes to be the best crime scene anyway. "The shooting is planned in 2019, broadcasting is aimed at 2020." 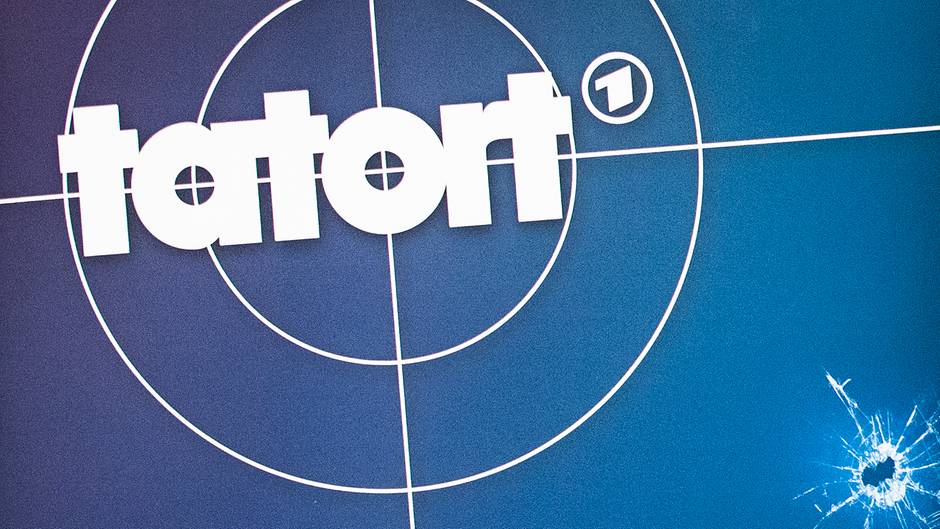