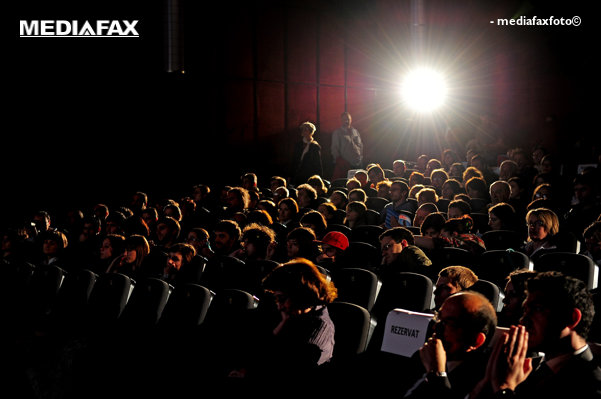 Pelicula "Venom"by Ruben Fleischer, launched in early October, traveled 10,029,468 tired and needed just ten weeks to get the movie that gathered most money in Romanian cinemas this year.

The story of Tom Hardy's alien superpowered journalist has managed to overcome SF drama "Avengers: Infinity War / Avengers: Infinity War"by Anthony and Joe Russo The story that ended with superheroes in the rope amounted to 9 983 888 lei after 12 weeks spent in theaters in Romania, according to data from cinemagia.ro.

Another 12 weeks spent on the big screens "Black Panther / Black Panther"by Ryan Coogler, and the story of the world's best technological kingdom all over the world has raised 7,584,038 bored by the Roman pockets.

Surprisingly, among the superhero films in the first places,Fifty Shades of Freed"continued to screen or hide the continuation of the successful story of Christian Gray and Anastasia Steele in the midst of the evil things of love, which collapsed with the enemies and friends of 7,299,098 bored on the Romanian screen.

The fifth place is occupied by "Bohemian Rhapsody", by Bryan Singer and Dexter Fletcher, who had a total turnover of 7,120,424 shares. Production in December was the biographical film with the highest receipts in history worldwide, after exceeding the $ 600 million threshold, less than two months after launch. Production that follows the career of the British band queen was released on October 18 with mixed tracks, but the interpretation was praised Rami Malek, in the role of Freddie Mercury. The previous record was owned by N.W.A. – who also had Dr. Dre and Ice Cube as members, Straight Outta Compton, who had increased $ 161 million shortly after release in 2015.

Among the Romanian films,Morometes 2"With 1,014,189 lei gathered on the official launch week, the new production was signed by Stere Gulea the Romanian movie with best debut this year. At that time, the film had already spent about a month in special screenings organized in the country.

Moromete, performed by Horaţiu Mălăele, a total of 2,268,421 lei, lands in 33th place in the overall series of films released this year at the Romanian cinemas, just before the production "Solo: A Star Wars Story" 2,224,302 lei.

Interestingly, the only Romanian films that have crossed the collection line are a million leads is a historical drama (the continuation of screening after Marin Preda) and a documentary, that is, the other in the top of the domestic productions that was launched in 2018 –Romania not frozen"with 1,155,400 lei (ranked 67th in overall position).

The two films are the only local productions that have exceeded not only one million lei overall, but also the threshold of 500,000 lei.

The same can be said of the first domestic motivational film, "We go down first"directed by Tedy Necula, who ranks fifth with 220,463 leads.

"The Wanderers: The Quest of Demon Hunter"Dragos Buliga's thriller with Armand Assante, Răzvan Vasilescu and Raluca Aprodu, finished our quota campaign with 159,975 lei and occupy the sixth position.

Although it seemed like a story to the public, Vlad Zamfirescu's direct debut, "The Secret of Happiness", ended the year with revenue of only 139,695 lei, occupying the seventh position.

Among the first ten Romanian films from the point of view of the revenue of 2018, "It is indifferent to me in the story we come in as barbarians," by Radu Jude, awarded with Crystal Globe at the Karlovy Vary Festival, is the latest Romanian film about which can say he finished the year with over 100,000 tired.