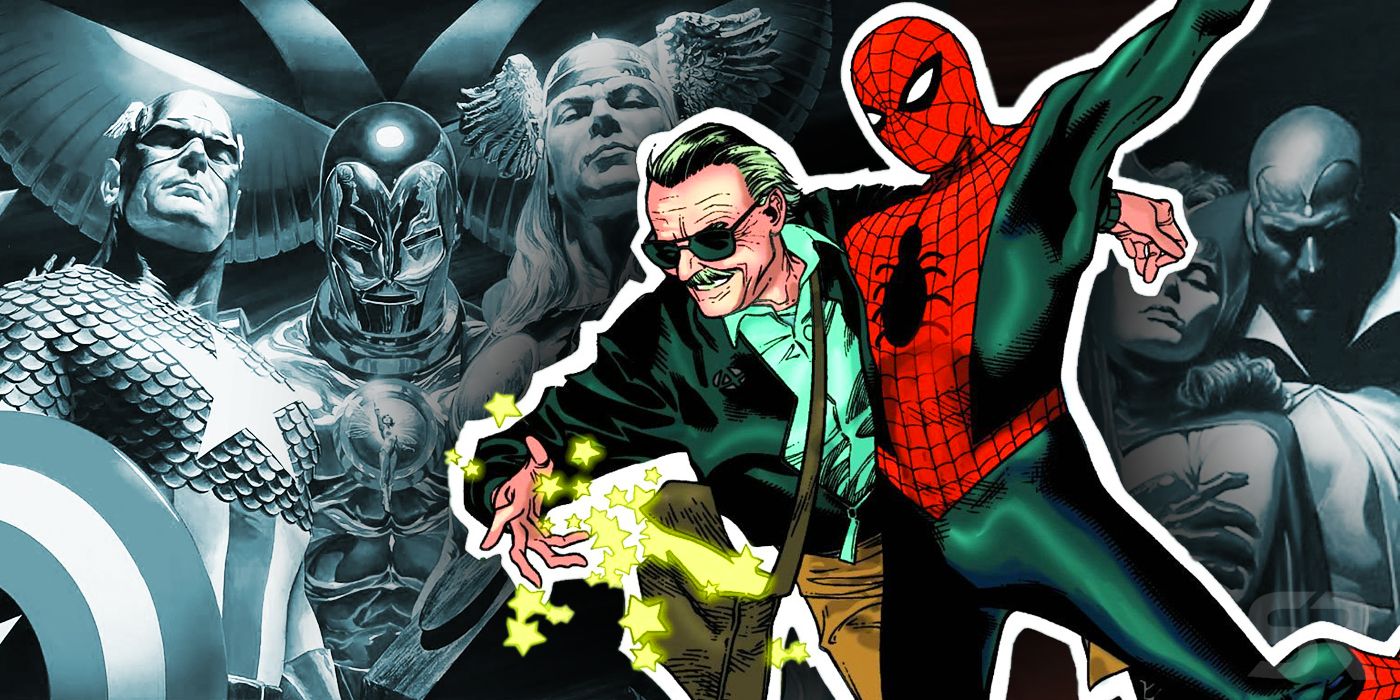 The step of Stan Lee, 95, has seen how the comics and film industry has shaken to the bottom. He was a legend, and there will be no one like Stan anymore.

In the early 1960s, Lee was about to abandon the comics altogether, discouraged by the lack of success he was experiencing in the company, then called Timely Comics. It was the encouragement of his wife Joan that kept him writing, and in 1961 he and Jack Kirby created the super team known as the Fantastic Four. Although nobody knew it at the time, they were making history. Just 60 years later, the strength of the Marvel Cinematic Universe, a gigantic big-screen box office event that has generated more than $ 15 billion worldwide, is a testament to the creativity of Marvel's greatest heroes; Stan Lee, Jack Kirby and Steve Ditko.

In June of this year, Stan Lee was included in the famous Hall of Fame Science Fiction and Fantasy at the Museum of Pop Culture (MoPOP). Lee is the only comic figure whose cultural impact has been recognized in this way, with him honored along with others such as C.S. Lewis, J.R.R. Tolkien, Gene Roddenberry and Terry Pratchett. With everyone in the entertainment industry, be it Marvel, DC or Hollywood, paying homage to Stan Lee, it's clear that the comic book and film industry has lost a legend that can never be replaced.

Stan Lee's work can never be matched in volume or influence

Stan Lee was one of the most prolific writers in the history of comics. He was absolutely and unshakeable in his trade; When power cuts in New York in 1965 sent other Marvel writers home, he set out to write by candlelight. It is almost impossible to calculate how many characters Lee created; In part, that's because he pioneered a new approach to writing comics, which became known as the Marvel Method. This involved the writer and the artist working together in such a close association that comic book historians have argued over who should get the credit of several characters for decades, literally. However, wherever he draws the line, the only thing that matters is that, between 1961 and 1964, Lee created (or co-created) heroes such as the Fantastic Four, Ant-Man and Wasp, Hulk, Spider-Man, Iron Man Doctor Strange. , the X-Men, Daredevil and the Inhumans. In 1965, however, Lee changed his focus slightly. The growth of the Marvel universe slowed down, with Lee instead prioritizing the creation of a cohesive shared universe, establishing relationships between the characters so that readers relate to the Marvel brand as a whole rather than specific individual comics. It is a model that will be familiar to any viewer; is the same as Marvel Studios took decades later, in 2008, when they released Marvel Cinematic Universe. So Lee not only created these tremendous Marvel characters, he also formed the idea of ​​the shared universe model.

Lee's innumerable superheroes endure because he insisted on treating them as characters in their own right. He told the story of men who would be gods, everyday people who were pushed into a world of superheroism, and whose personal struggles reflected so intimately the problems their readers struggled with themselves. Lee was as interested in Peter Parker as in Spider-Man, in Tony Stark as in Iron Man; he created characters with whom his readers could identify and who could point the reader forward in their own moral journeys.

Meanwhile, for the whole society tended to dismiss the middle of the comic, Lee insisted on seeing it as something important. As he explained in an editorial in Avengers # 74, "It seems to me that a story without a message, even if it is subliminal, is like a man without a soul."She did not ignore Vietnam, the riots on campus, the civil rights movement or the growing campaigns for women's rights, but Lee dared to write stories and design characters that were at the forefront of change. This is best illustrated with Black. " Panther. It is impossible to exaggerate how revolutionary this hero was when he made his debut in 1966, two years after the passage of the Civil Rights Act, and many states resisted the drive for equality. Lee dared to create a black superhero that was the same. of the Fantastic Four, and whose African nation possessed advanced technology that even impressed Mr. Fantastic.

Related: Why it took so long to get a Black Panther movie

Stan Lee's comics had a unique degree of cultural relevance and prominence, which is clearly reflected in the fact that many of his characters have become franchises of firmly established superheroes. Ironically, although the society of the 60s tended to see the boom of comics with a certain degree of condescension and contempt, these were the comics that were absorbed by the American culture. Today, comics are a niche industry, backed by a distribution model that focuses on select retailers rather than a broad distribution. The Marvel Comics of 2018 stand firm in the shadow of Lee, and many of their new ideas are really "Heroes of the legacy" that talk about their classics: characters like Jane Foster's Thor, Ultimate Spider-Man by Miles Morales, Ironheart or Wasia by Nadia Pym. The comic industry in 2018 is rightly considered to be significant in terms of literary merit, but in reality it does not have half the cultural influence of Lee's books.

When did Marvel Comics lose its way? There are many broader contextual changes, but they all grew as they distanced themselves more and more from Stan Lee. Lee's capricious style defined the Marvel brand, and built a community of readers around him. To be a Marvel comic reader was to feel a kinship with Stan the Man, to consider him a friend. It meant that all Marvel fans felt they had something, no, someone, in common. Meanwhile, Lee welcomed others into the fold. The second and third generation of Marvel writers were admirers who had grown up reading Lee's books, and were eager to work with him. In a sense, Marvel felt like a family, with Stan Lee as the "man of the house." Inevitably, as the years went by and Lee became significantly less involved in the daily functioning of Marvel Comics, that sense of community diminished.

The sad truth is that the modern comic book industry simply could not create another Stan Lee; a man who by himself defines a complete company, which becomes the public face of comics and unites the community around him. His influence can never be duplicated.