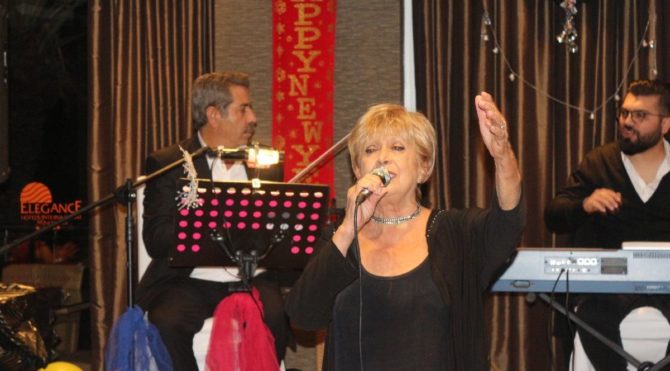 Tülay Özer, who made his mark in the 70's with the work "We are the two of us, a pink sapling", became ill during a concert at a private hospital in Marmaris. Tülay Özer returned to the head and the doctors and nurses in the hall immediately seized.

Zerrin Ozer's older sister, Tülay Özer, got sick during the concert she gave to dialysis patients in a private hospital in Marmaris. Tülay Özer returned to the doctor and nurses in the hall immediately intervened. After a short while he felt good and continued his concert.

Standing praised songs, after the program said in a statement to the press in his dialysis due to kidney failure, he said he had been in dialysis treatment for about two years. Tülay Özer ,, My father had the same disorder, I think it's genetic origin for me. I also have dizziness from time to time due to discomfort. This accident happened to me today. There were many doctors who knew me. I quickly recovered, he said.
(IHA)