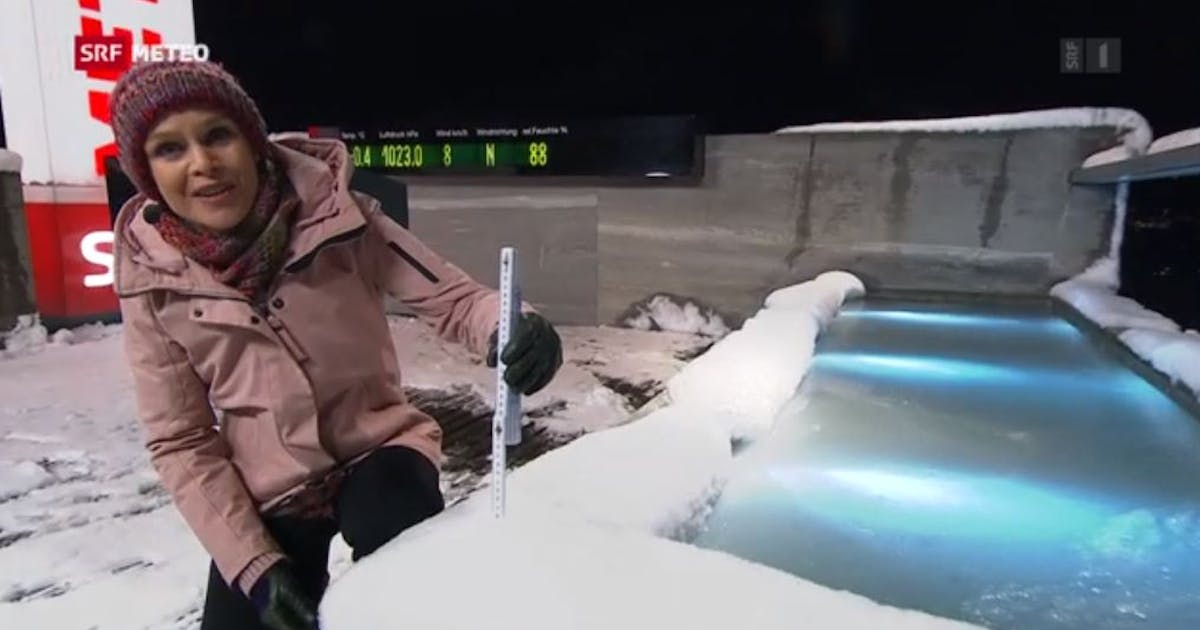 Nice surprise on Thursday at "SRF Meteo": Sandra Boner is back on the screen after her illness-related break.

It was a shock when it became known in late September that Sandra Boner had breast cancer. Now the good news: The 44-year-old weather fair is back. Yesterday she presented the weather in "SRF Meteo" in a good mood and packed thickly, among other things measured the thickness of the snow post.

However, Sandra Boner doesn't like giving interviews. In a press release from the SRF, however, she makes it quite clear about their state of health: "I had to undergo a combined treatment for breast cancer – chemistry, surgery, radiotherapy. This intensive therapy phase was completed in mid-December. The treatment team assumes that the tumor is definitely defeated .

Now is the time to come back to everyday life and until the Meteo roof continues Boner. "I am very happy and would like to thank everyone who followed me during this time. Currently, I am participating in a rehab program, my workload is still reduced. By the summer of 2019 I will be fully operational again. »

The main problem with "Meteo" with Sandra Boner was sent on SRF 1 at 19:55 Thursday 10 January. With Swisscom TV Replay you can watch the program up to seven days after the broadcast.