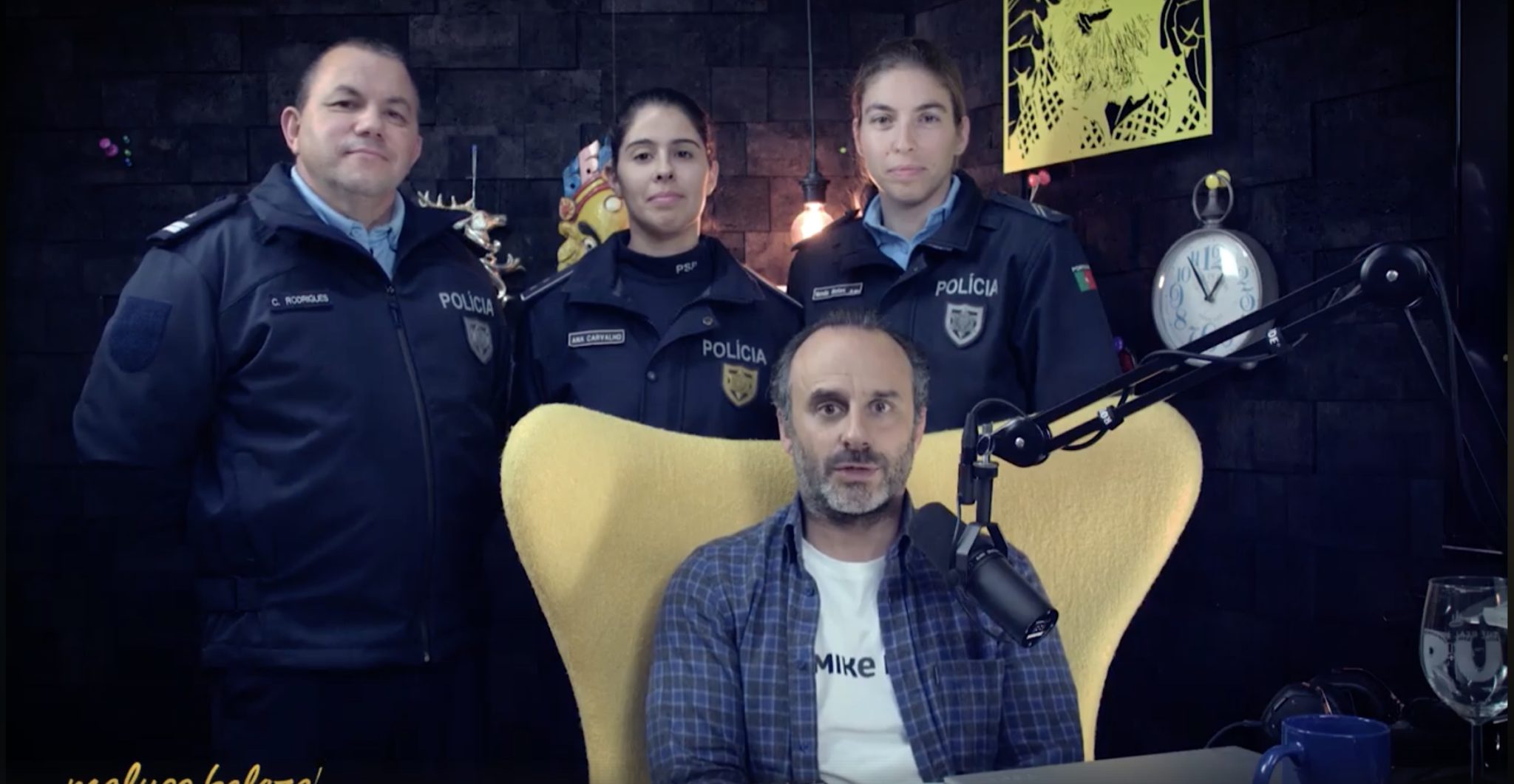 The Maluco Beleza project, by Rui Unas, and the Metropolitan Command of PSP in Lisbon, has joined a marketing action aimed at sensing the population of the New Year and the whole party.

In the video shared in the social networks of this security force, the Metropolitan Command of PSP in Lisbon wants a "Good New Year's Eve in safety", Played by Rui Unas and authorization agents, recreates"Serious play"With which the actor and the presenter used to start conversations he has with the guests in their digital project.

Rui Unas, in the video, is questioned by a PSP agent about the New Year plans, which include "a long trip"The comedian promises, however"every two hours"And follow the advice of this security force regarding speed limits.

However, the query only ends when the protagonist indicates that he will travel by public transport, because his friend João has the driving license seized.