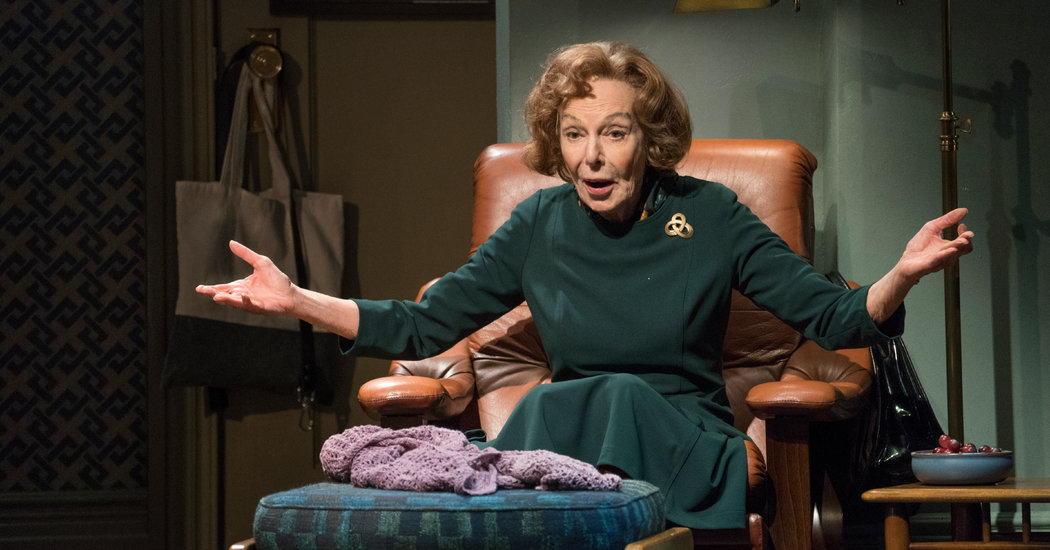 Leaving aside the crystalline monologues of Daniel's memory, "The Waverly Gallery" often has the apparent erroneousness of recorded conversations. But no words are chosen randomly here, starting with Gladys' opening line: "I never knew anything was the problem".

She is talking about the end of Helen's first marriage to Daniel's father, but it is about suggesting a more intentional forgetfulness. And when she, capriciously, describes the loneliness of Ellen's dog, who just wants a little attention, you know exactly what Gladys really means.

Always dressed in style (Ann Roth became the wardrobe), Mrs. Gladys retains the charm of her coercive hostess. She finishes most of her sentences with a winning, practical smile that now seems to be eagerly seeking affirmation.

All cast members work perfectly as everyday detectives, looking for patterns in the pieces. In a shattering moment, a weeping Daniel hugs his mother tightly, and you know he wonders if his relationship with Ellen could one day mirror Ellen's with Gladys.

So close to how perfect the performances are, physical production occasionally abandons them. The urban set of David Zinn, with its views of the city beyond, weighs heavily in the play area. And the intervals between scenes, which show projections of photographs of old streets (of Tal Yarden), are tremendously long.

Such objections dissolve as soon as Gladys and her clan re-unite in groups that convey a claustrophobic intimacy and a tragic and insurmountable distance.

Mr. Cera's house painter may not be Picasso. But when describing his domestic portraits and local landscapes, he summarizes the essence of the work. "I tried to get the right details," he says, "because that's what you remember when you think of something, so I tried to make them the way they are."

Mr. Lonergan did the same. That is what makes "The Waverly Gallery" a work of such a hard and compassionate clarity.