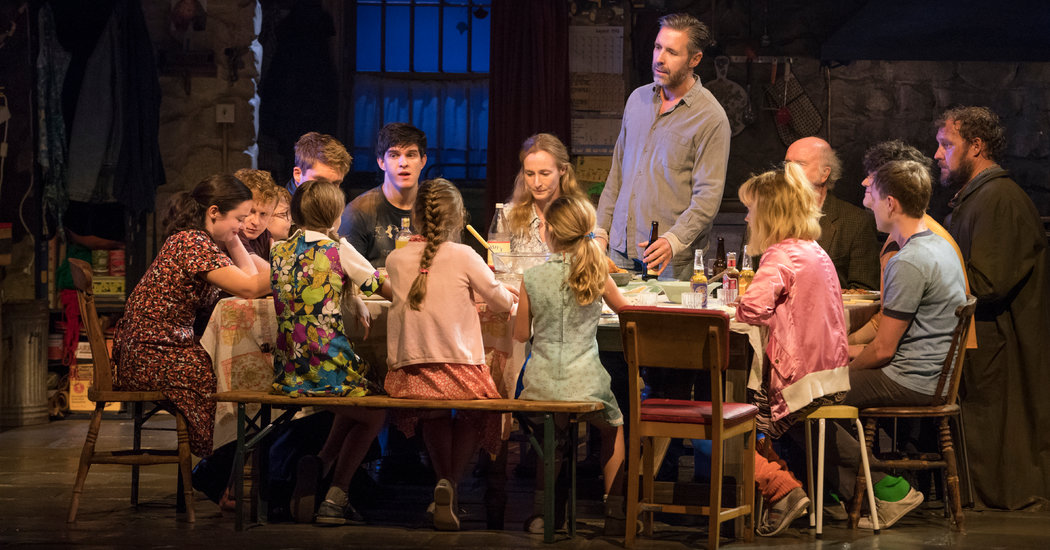 Living under the same roof are his sister-in-law, Caitlin (Laura Donnelly, in a shocking performance that earned her the Olivier Prize), and her understandably mediocre teenage son, Oisin (Rob Malone). Then there's Quinn, a little too big, childish (and born in English), Tom Kettle (Justin Edwards). And because it's the day of the harvest, their ranks are augmented by three young men who tie with straps, the Corcoran boys.

But wait! I have not mentioned the undesirable visitors that appear at nightfall, casting dark shadows on Carney's resplendent farm: a stupid priest, Father Horrigan (Charles Dale), and the lazy Irish Republican King, Mr. Muldoon (Stuart Graham) and his henchmen (Dean Ashton and Glenn Speers), whom we already met in the ominous prologue of the work, set in an alley with graffiti in the nearby city of Derry.

As unlikely as it sounds, you will not have a problem keeping these characters separate. Each of them presents a vivid specificity, even those that do not speak, like little Bobby, a wild rabbit and the aforementioned goose. Mr. Butterworth has endeavored to define each of them, and the cast rewards him with performances that shine unconditionally at the time.

Equally important, this is a game about the Irish, they are the living dead, the absent souls that exist not only as carefully preserved memories, but also as catalysts in an increasingly rugged plot. Among them are the late patriarch of the family, whose black and white portrait is shaping up as a blessing and a curse, and his brother remembered romantically, who was killed by British troops during the Easter uprising in Dublin in 1916.

But the most important thing immediately is Caitlin's lost husband, Seamus, whose mysteriously well-preserved 10-year-old corpse is discovered in a swamp shortly before the work begins. The news will shatter the cozy and vigilant order of the Carney family and drag dark deceptions into the harsh light.