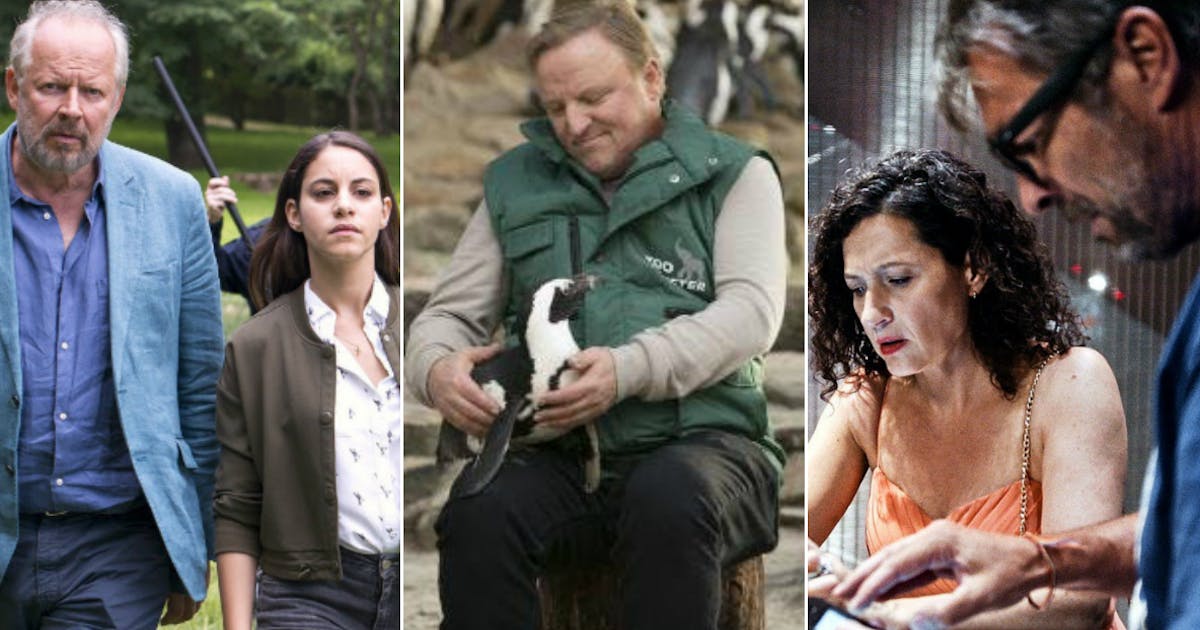 There were more than three dozen new "Tatort" episodes in 2018. This time it was about the caring problem, sometimes about artificial intelligence, sometimes about so-called prosecutors. The assessments varied enormously.

2018 was the year the "crime scene" lost his father. Inventor of the thriller series, Gunther Witte, died in mid-August at the age of 82 in Berlin. The fact that the commissioner is the protagonist and that it is always about a social problem was the idea of ​​the long-standing WDR television director. In the traditional "Tatort" world, it was a real death this year.

37 new thrillers were in the program for the first in the calendar year 2018, two more than the year before. There were also many more reruns – on May 1st there was even more than ever in a single day in all ARD channels together, since the site "Tatort-Fundus" knows: eight thrillers.

The best quota – on average 12.16 million viewers – brought back Thiel and Borne (Axel Prahl and Jan Josef Liefers) from Münster. However, by far the most popular team showed only this year with a new case in the "crime scene" program, otherwise there are two thrillers. "Snake pit" was the name of the movie May 27th.

To Switzerland, the kinematic crime scene broadcast in the middle of the summer, it was especially claimed that on July 8th. After "Tschiller: Off Duty" in the beginning of 2016 had flopped in the cinema, he now got "scene number 1062. Schweiger felt ARD" completely in the rain again, "as he said" Bild am Sonntag "."

From the imperial citizen "crime scene" to real-time crime thriller

The themes of the "Tatort" episodes were again as diverse as the cities and regions they came from.

For example, in Bremen on March 11, it was about "Pfotenstand", in the Black Forest on May 13 it was about ethnic farmers ("Solstice"), in Bavaria on June 3, it was jealous of the nation's citizens, that is, people who does not recognize the Federal Republic with its laws and authorities (Munich consequence "free country") and in Berlin on September 16, to a killing coffee machine robot on the Kurfürstendamm ("the animals of the city"). Artificial intelligence was again a problem for the people of Munich on October 21 ("KI").

The Weimar thrillers were intentionally curious again, as the titles showed: "The Cold Frieze" was the name of a brother's drama on February 11th. "The robust Roswita" August 26 was named after a potato variety and turned a dumpling maker and reverse Klossososs and Sosskloss.

Switzerland dared a special experiment with a real-time detective story of a concert at the Lucerne Cultural and Congress Center. The family drama was called "The music dies last". The price on August 5 was extremely poor: less than five million viewers.

Extraordinary was also a Berlinale "crime scene" as a movie-in-movie story February 18 entitled "Meta", a Bremen horror story of vampire "Blood" (October 28) in time for Halloween and the only one The Stuttgart episode of the year called "The Man Who Lies" November 4 – the story was not told from an exploratory perspective but from a suspect's perspective.

In March, the Ludwigshafen episode "Waldlust" (March 4) was also experimental about a coaching weekend of the study group. It was Axel Ranisch's second "crime scene". But this time the director didn't look like the improvised dialect movie "Babbeldasch" in 2017. The composer Martina Eisenreich won the German film music award for the unusual sounds of the soundtrack.

On the Austrian "Tatort" on October 14, Inkasso-Heinzi (Simon Schwarz), a repetitive dubious friend of the Viennese investigator Bibi (Adele Neuhauser), came out as a gay Mykonos tourist ("Her with Marie!").

New arrivals and goodbye at the "crime scene"

There were several goodbyes: in Ludwigshafen's "crime scene" the actor Andreas Hoppe stopped at the beginning of the year – January 7 – after 21 years ("Kopper"). In Dresden, with the episode Whitsun Monday (May 21) Alwara Höfels as investigator Henni Sieland rose. Her latest "crime scene" was about online dating titled "Who's Alone Now."

There were also new faces: After the departure of Sibel Kekilli on September 2, actor Almila Bagriacik made her debut in Kiel. She is now Commissioner Mila Sahin on the side of Axel Milberg as chief commissioner Klaus Borowski – a specialist in operational case analysis. The first case with her was called "Borowski and Ghost House".

After the end of Stefan Konarske Rick Okon, Jan Pawlak is now fourth in the Ruhrgebiet team in Dortmund ("Death and play" October 7). His debut was on February 4 in a guest role as an undercover LKA investigator in the prison's thriller "rabies".

Matthias Brandt as commissioner in the "crime scene"?

And last but not least, a question: How many times did "Tatort" episodes occur in 2018 with Matthias Brandt as commissioner? If you don't want to say something now, because it's not a "crime scene" but a "police visit" researcher, you're wrong. The answer is: once. The 15th and last Munich "Polizeiruf 110" with Brandt as Hanns von Meuffels has the title "crime scenes" and stood in December in the TV program.

The next "crime scene" comes on SRF 1 at 8:05 on Wednesday, December 26th. With Swisscom TV Replay you can watch the program up to seven days after the broadcast.