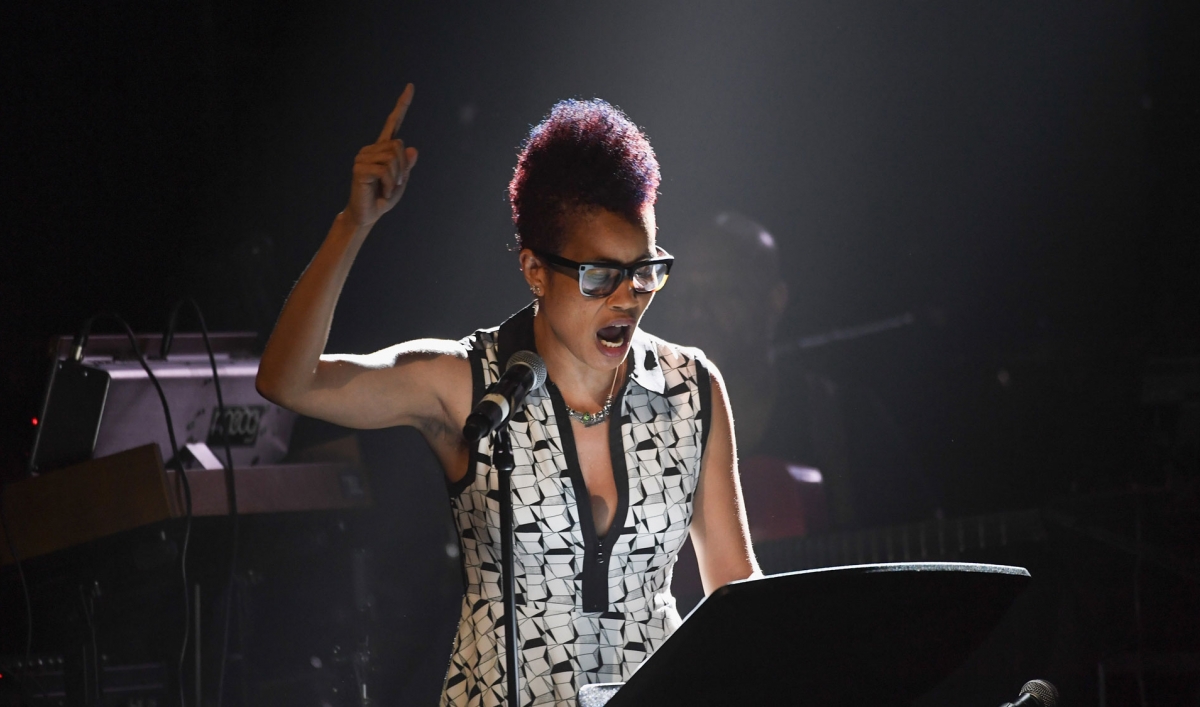 Reggae star Buju Banton returned to his native Jamaica at the beginning of December after serving seven years in a US drug prison. Banton received a welcome welcome despite his infamous, 1993 anti-gay song "Boom Bye Bye", which required the killing of gay people.

"Boom Bye Bye" was one of Banton's first recorded songs 25 years ago. Since then, he has rejected violence against the LGBTQ community. In June 2007, Banton signed the Reggae Compassionate Act, agreeing to "not pronounce or perform songs that cause hatred or violence against anyone from any society."

But Banton still cannot tear off his homophobic reputation, making his story complex for many Jamaicans, including Staceyanne Chin, an LGBTQ activist and Jamaica's poet, now living in the United States. Chin says Banton's legacy is complicated.

Chin told the world's Marco Werman that she was out shopping near her home in New York when she heard the news of Banton coming back to Jamaica.

"I was in Ikea in Brooklyn when I first heard Buju coming home. It was a Jamaican woman who served me at IKEA and she said with such cheers that he came home and in the same breath she said with such vitriol – that the reason he was imprisoned was basically hatred of gay society and international, almost organized way they systematically went after him and took him down. "

Marco Werman: Of course it's not true. He earned seven years in a US prison for drug trafficking – cocaine.

Staceyanne Chin: Absolutely, yes. But there are still people on the ground in Jamaica who feel that the only reason he was behind these bars was that he was targeted by the gay community, by the very powerful gay community, which we are often described as by the reggae community.

Before serving drug trafficking time in the United States, Buju Banton had disavowed violence, I read, physically or musically, against gay society. He has earned seven years in prison and is now out. How much has he changed from the man who sang "Boom Bye Bye" 25 years ago?

I think it's a very complicated question. The optimist in me, the lesbian, Jamaican activist optimist, the lover of where I am from … it is a very complicated place to sit, to be more than an identity at the same time, and perhaps the two identities do not coexist comfortably. I grew up with reggae music, and then it's part of me that really loves it and really answers it when I hear it. I came out as a lesbian on campus in Jamaica and was severely attacked by a large number of boys who wanted it – their purpose must have been to either punish me for being gay or converting me to be right. That the violence lives with me all my life. And then the two things inside me are consistent in war. They always talk to each other with high voices, and they always break a math and they always try to find a way to live together because it's so much a part of me.

I hear all these complicated feelings come from you about this. It's fascinating. How much do you think his fans are helping and encouraging their lives and celebrities. I mean how much of the blame do they make shoulder?

Buju is in every way a human being just like me, just like you. But he is also extremely talented and extraordinarily capable of speaking from a place of deep truth about poverty in Jamaica about people's lives. He is able to formulate an experience that has missed much of the music we call ours. Not since Bob Marley has been an artist who speaks such a truth with such depth with such a beauty of the lives of poor people and the struggle to be recognized as a human, for blackness and being from Africa to be the center of a joy and one's power.

Remind us what the reception of "Boom Bye Bye" was when it first came out.

The first time I heard "Boom Bye Bye" I threw my hands up and sang together because I was a teenager in Jamaica. I sang with gusto along with my colleagues for the song. Later I became aware of the fact that I wanted to cooperate with women, and it became complicated for me because the song really said "killing gay people, killing gay men, shooting them in the head", which is not allowed when you are a person who is gay because you actually speak for the death of your own kind, your own person. After the experience in Jamaica where I was attacked by some violent homophobes, I came to the United States and began to articulate a micro-identity policy. I started to see what I was going through was not only problematic, but I started to see that I had the right to respond and I could join in the fight to speak against this type of violence.

Do you think Jamaican homophobes still see "Boom Bye Bye" as a kind of anthem?

I heard it referenced many times. "Boom Bye Bye" is part of the musical encyclopedia of Jamaica. You can only say "Boom Bye Bye" and people in Jamaica know what you mean. It's clear what you're saying, what you're referring to. In 2012, when my daughter was born and I took her home and ate so much time in Jamaica, I saw gay people everywhere. Things have changed dramatically. I listed on a gay pride parade in Jamaica, it has been marches in Jamaica, gay activists walkabout; There are groups on campus that meet. Things have changed as they should. I think the conversation around "Boom Bye Bye" and the conversation about reggae artists helped make it possible.

Can you divide up to the point you have forgiven him for "Boom Bye Bye"?

I don't think it's my place to forgive Buju Banton for "Boom Bye Bye." I think he goes his own journey. I see him as a man who, like me, tries to find his way in the world, trying to find his purpose, trying to do the things he thinks are right. And if one of the things he thinks is right, he'll hurt someone else, I'll always take him to task. But I will not try to eradicate him as a human being. You know that his music has been a trumpet for many, many people whose pain he speaks and sings and articulates in a very important way.

Banton has announced a trip from March 2019.

This interview was condensed and edited for clarity.