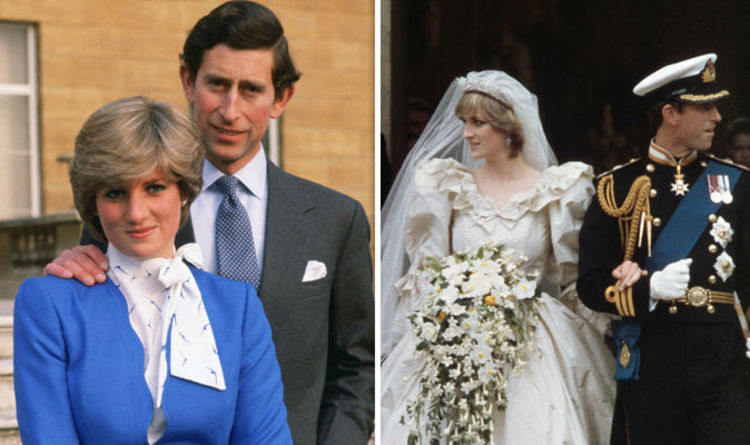 Charles and Diana were married in St. Paul's Cathedral on July 29, 1981 and since Lady Diana trusted biographer Andrew Morton, it has been no secret that she wanted to retire from marriage.

However, it is believed that this is the first time that evidence has emerged that Prince Charles admitted his doubts about whether Lady Dianna was the right woman to marry.

According to the new biography of Royal Bombshell, written by journalist Robert Jobson who traveled the world with Prince Charles, the future king felt that marriage was "like a call to duty."

He said breaking the engagement "would have been cataclysmic" and described himself as "permanently between the devil and the deep blue sea."

Years after the marriage, he reportedly wept with frustration and told his friends: "I desperately wanted to get out of the wedding in 1981, when during the engagement I discovered how frightening the prospects were".

Last night, fellow biographer Penny Junor said: "This is the first time I hear Charles openly talking about his doubts about marrying Diana while they were engaged.

"I certainly did not know that he had mentioned any doubt to friends."

Ingrid Seward, editor-in-chief of Majesty magazine, also commented on the new biography that reads: "This effectively rewrites the story of Charles and Diana with their significant interpretation that both Charles and Diana felt that marriage was doomed from the beginning" .

The Prince had dated Camilla for a long time in the early 1970s, before leaving with 20 women in the next decade in an attempt to move on.

Camilla did not consider herself a suitable match for the Prince because of her background, since Charles was expected to marry someone with no sexual background.

Charles and Diana were married in 1981, but according to Mr. Jobson, the future king knew that Diana was not right for him during the few meetings they had before they got married.

He reportedly realized that they were incompatible when Diana burst into tears in front of him and she "stared at him" when he told her about his day.

In an innovative interview with Panorama in 1995, Diana revealed that we were "three of us" in her marriage to Prince Charles, adding that the union was "a bit full".

Charles and Camilla, who divorced her husband Andrew Parker Bowles in 1995, were married in a civil service in 2005.