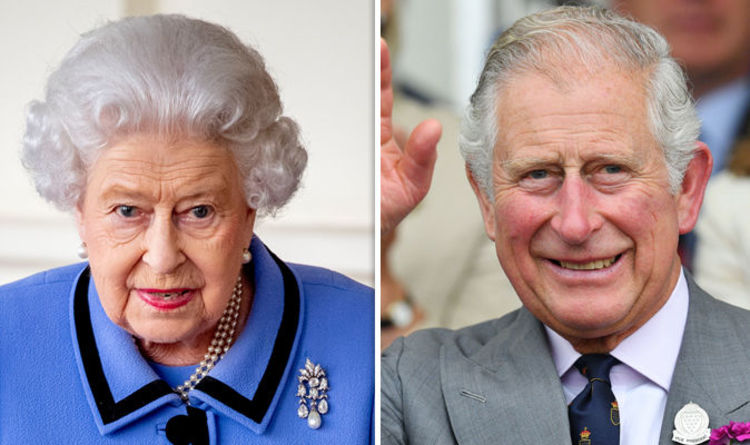 The Queen has occupied the throne since the tender age of 25 years and revealed, even before becoming a monarch, that she intended to spend her entire life serving the country.

Still a princess, Elizabeth said movingly in a 1947 speech: "I declare to you that all my life, whether long or short, will be dedicated to your service."

But a new book by Royal's correspondent, Robert Jobson, who toured with Prince Charles for a year, suggested that His Majesty step aside to allow Charles to become the Prince Regent in just three years.

Mr. Jobson said in the past: "I understand that the Queen has thought a lot about the matter and believes that, if she is still alive at 95, she will seriously consider passing the reins to Charles.

"His Majesty is aware of his age and wants to make sure that, when the time comes, the Crown's transition is perfect."

If Prince Charles becomes Prince Regent, it means that he can govern the monarchy, without formally becoming a king.

The Regency Law of 1937 gave way to a regent intervening in case a monarch was incapacitated.

The act says that this only lasts until the monarch can resume duties, so the Queen would have to make an exception for Charles as Prince Regent.

Last April, Charles was appointed as the Queen's successor as Head of the Commonwealth, despite being considered less popular than his son William.

Speaking at the Buckingham Palace address to Commonwealth leaders, Her Majesty the Queen said: "I sincerely hope that the Commonwealth will continue to provide stability and continuity to future generations, and decide that one day the Prince of Wales will continue the important work started by my father in 1949. "

The appointment came despite concerns within the Commonwealth that Prince Charles would not be an adequate leader, with a growing campaign to elect a leader on a rotating basis.

Calls have already been made for the role of the King to surpass Prince Charles and pass directly to his son, which reinforces the popularity of the Duke and the Duchess of Cambridge.

A poll conducted by Prospect Magazine last year showed that a fifth of the people would support the monarchy less if Charles were king.