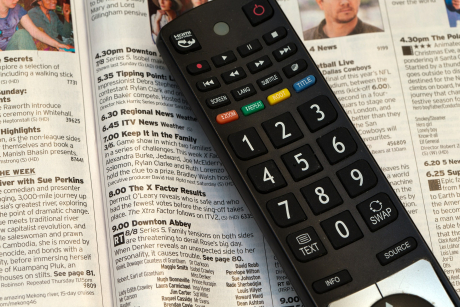 Romania TV invites you to a super New Year! Politicians, ministers, analysts and journalists are at the heart of the most beloved artists. Pavel Abraham, Petre Roman, Fuego, Robert Turcescu, Marcel Pavel, Victor Ciutacu are just some of the people who invite you to Romania TV to attend a New Year's Eve.

Unusual moments, with the greatest actors, along with the most beloved scenes, bright and popular music songs that followed our festivals over the years, take us to TVR 1 New Year's Eve.

From 20:30 onwards, REVELION 2019 starts where we can see the best records on New Year's 60s, 70s, 80s and 90s that held millions of Romans in front of the TV. Amalia Pellea, Deman Rădulescu, Tamara Buciuceanu, Stela Popescu, fantefan Banică and others. will be gathered to TVR 1 of 100 gold memories. We will also see famous couples who have made history: Stela Popescu and fantefan Banică Senior, Anda Călugăreanu and Aurelian Andreescu, Toma Caragiu and Elena Caragiu or Angela Similea and Florin Piersic.

From the New Year program, there will be no exceptions to parodies or folk songs and dances that have turned into a modern vision. TVR 1 TV viewers will enjoy all the entertainment moments in a masterful version, and our hosts will be Ioana Voicu and Radu Andrei Tudor.

"It is the second time I present the Ioana Voicu New Year's program. It will be a very special evening, as we have prepared unique moments that the Romans have loved and appreciated over the years. It is a great honor for us to be welcomed into your home on New Year's Eve, "said Radu Andrei Tudor.

Starting in 3.15, the party continues with the recording from CENTENRAL REVELATION in Constitution Square, an explosive show along with the best performers of the moment. Delia, Carla's Dreams, Smiley, The Motans, Antonia, Nicoleta Nuca, Mark Stan, Alex Calancea and Wolves, Irina Rimes, Vescan, Late Night, Dorian Popa, Vanotek and Lori will spend with the viewers and create a roaring atmosphere full of good will.

On the first day of the new year, the most published concert is constantly being seen on the Romanian television. TVR 1 and TVR HD broadcast the traditional New Year's concert in Vienna Philharmonic live January 1 at 12.15.

New Year's Eve 2019, presented by Dan Negru at Antena 1, will bring Roman homes on Monday, December 31 at 22.15, dozens of artists loved by the vast audience and impressive masks behind how many celebrities are hiding in -a great day's show.

"It's about the 19th New Year's Eve, because I'm not disappointed with the other 18. And when you spend 18 years with a friend, it means there's a lot for you. We, those who made 18 revelations together, passed the test time , says presenter Dan Negru.

The special moments of the night between the years will be those dedicated to masks, artists on the plateau will guess who is hiding behind them, using clues offered by Dan Negru. With the help of the masks, New Year's Eve 2019 will include the most varied characters from Obelix and Vlad the Impaler, to one of the Ninja Turtles or A Sabah Nur, X-Man – Apocalypse, Notre Dame's Cock, Frankenstein, Smallfoot, The Skeleton of it animated movie "Coco", Grinch, Pacali and even a beautiful Alien.
Which personalities hide behind the impressive masks, Antena 1 viewers will discover on December 31 at. 22.15 on New Year's Eve 2019, presented by Dan Negru.

During the night, TVR 2 awaits the viewers at REVELION DE ROMÂNIA! The spectacular decoration, brilliant costumes and quality entertainment follow you in the morning.

The actors and guests of PRIMĂVERII make a breeze and humor's moments yesterday and today are waiting for you in the Gala of the Revival. Toni Grecu and his team invite you to the unmistakable HAPPY SHOW OF THE NEW YEAR, and the best lovers come to THE CLEANING PETER.

The transition to the new year will come up with Paul Surugiu-Fuego and his guests at FUEGOVELION, when the anthem "LA MULTI ANI, ROMANI!" Will be released.

If you want a break from music and dancing until the morning, you can relax on one of the most successful Romanian comedies: "BD AT THE MOUNTAINS AND AT THE SEA".

The new year's TV program will be updated as the TVs announce which programs they have prepared.