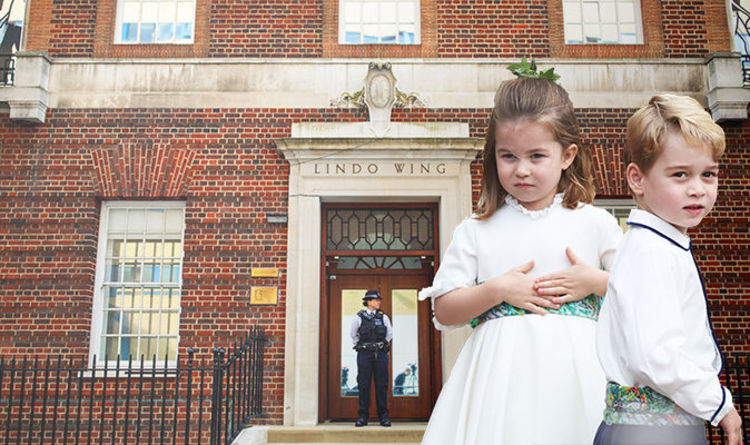 The Duchess of Cambridge's younger sister, Pippa, gave birth to her first child on Monday, the same day that Meghan Markle and Prince Harry announced they were expecting their first baby.

The news of Pippa's birth and the baby of her husband James Matthews arrived yesterday, with a spokeswoman for the couple who reported that the newborn weighed 8 lb. and 9 oz.

He added: "Everyone is delighted and the mother and baby are fine."

Pippa was seen on Monday at the private Ala Lindo maternity hospital, prompting rumors that she was in labor.

Husband James was seen following Pippa in the hospital with a travel bag.

The Ala Lindo has been the birthplace of several high-profile royalty members, including the three sons of the Duchess of Cambridge, Princes George and Louis and Princess Charlotte.

Canadian actor Kiefer Sutherland was born in the Ala Lindo in 1966.

While Kate and Pippa's younger brother, James, was photographed when arriving at the Ala de Lindo yesterday, the Duchess has not yet visited her sister.

However, a spokesman for the Palace of Kensington spoke of her and Prince William's joy at the birth of her nephew.

He said: "The Duke and Duchess of Cambridge are delighted with Pippa and James."

The Duke and Duchess of the children of Cambridge, Prince George, Princess Charlotte and Prince Louis will be eager to meet their new cousin.

It is not yet known if the Cambridge breeding will attend the Ala de Lindo today to visit Pippa and James' baby.

The older children of Cambridge, George, five, and Charlotte, three, will have practiced enough caring for a baby after the arrival of younger brother Louis in April.

Louis, five months old, was born on April 23 and, apart from his baptism on July 9, has not been seen in public or in real events.

The younger Cambridge was too young to attend Princess Eugenia's wedding with Jack Brooksbank on Friday, October 12, where the older brothers, George and Charlotte, were servants and maid of honor.

George and Charlotte also attended Aunt Pippa's wedding on May 20, 2017.

James is the eldest son and heir of David Matthews, the Laird of Glen Affric.