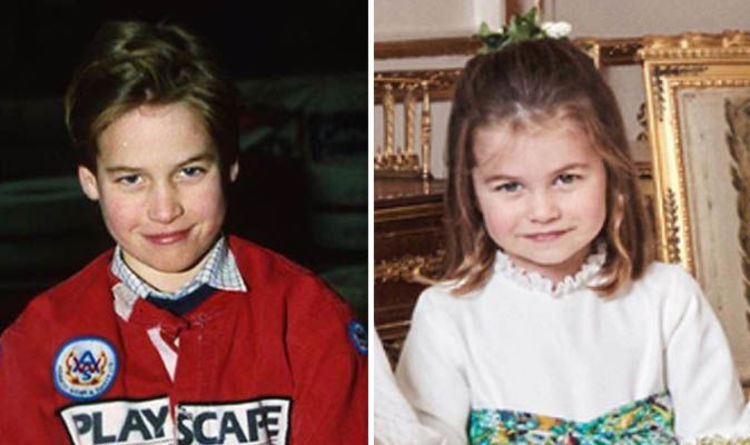 Charlotte and William are two peas in a pod, after a photo of young William reappeared on social media and revealed the appearance of the father and daughter duo.

The real account of Tea Time with the Cambridges shared the sweet snapshot of William, 10, and Charlotte, 3, on Instagram, revealing a strange resemblance between the two.

The two share similar deep blue eyes, nose, eyebrows and the same cheeky smile for which the late Princess Diana was also known.

The title on Instagram said, "Look at this and tell me they do not look like (me).

The viral image received more than 16,700 "likes" on Instagram, with real admirers commenting on how "identical" the couple looked.

One user wrote: "Absolutely identical! A beautiful little one".

Another said, "Wow! That's twinning! She's the image of her father in this picture."

William and Charlotte are not the only members of royalty who seem to resemble each other.

Some users also pointed out how Charlotte looked surprisingly like her late grandmother, Princess Diana.

One user said: "Personally, this Charlotte princess looks like HRH Diana, those timid look down, her nose, she's an adorable little princess."

Some believed that Charlotte resembled the side of her father's family, particularly the Queen.

In a recent portrait of the family as the wedding of the princess Eugenia, she imagined the little girl posing elegantly with her hands on her legs, imitating the presentation style of the queen.

The Instagram fan account, royal.addicted, posted a photo of the couple side by side, with the caption: "Charlotte is inspired by the boss, her great-grandmother The Queen."

The photo received more than 37,000 "likes" with hundreds of comments from real fans around the world.

One wrote: "I really love the expression of Princess Charlotte, the unique beauty of a princess."

Another said: "I am happy for the royal family with the wedding and the announcement of the arrival of another baby, Charlotte is absolutely adorable."

In early August, a resurgent image of Prince Philip sent royal fans into a frenzy, with many nicknamed Prince Charles as the image of his grandfather.

In the photo, taken when Philip was 30, shows how the couple shared the same line of strong jaw, hair color and deep blue eyes.

Harry and Philip also served in the British Armed Forces, sharing a deep sense of patriotism and love for their country.

In addition to that, the grandfather and grandson duo also share a similar mood, and it is known that they are very ironic, according to the real viewers.