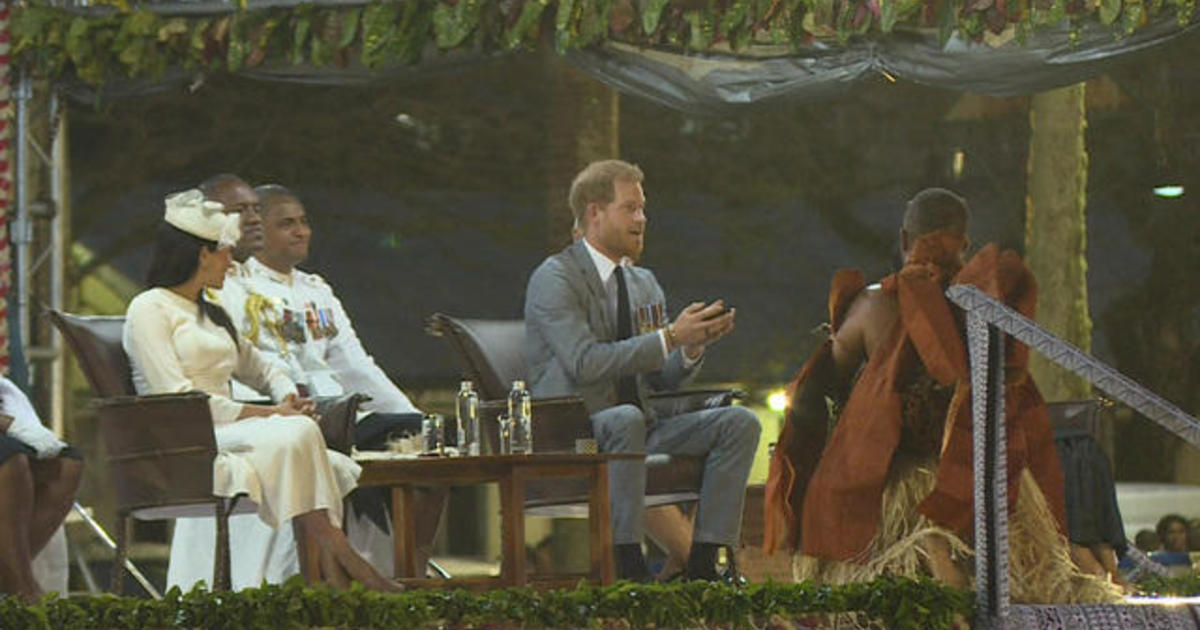 SUVA, Fiji – Prince Harry and his wife, Meghan, arrived on the island of Fiji on Tuesday at the eighth day of his South Pacific tour. First they were met by an honor guard at the Nausori International Airport before heading to a crowded Albert Park where they were presented with a whale tooth and the ceremonial drink: kava.

But the highlight came later when members of the Nakelo village of Fiji performed their warrior dance, reports CBS News correspondent Jonathan Vigliotti. The traditional dance known as meke has been handed down from generation to generation. In fact, all this ceremony is identical to the one that developed here 65 years ago. The program at Albert Park was completed by warriors who performed the club and spear dances, almost fearsome reminders of their warrior past.

The year was 1953 when Queen Elizabeth and Prince Philip arrived on the island as part of their first Commonwealth tour. On this island in the South Pacific, the popularity of the queen forged decades ago has passed to its next generation.