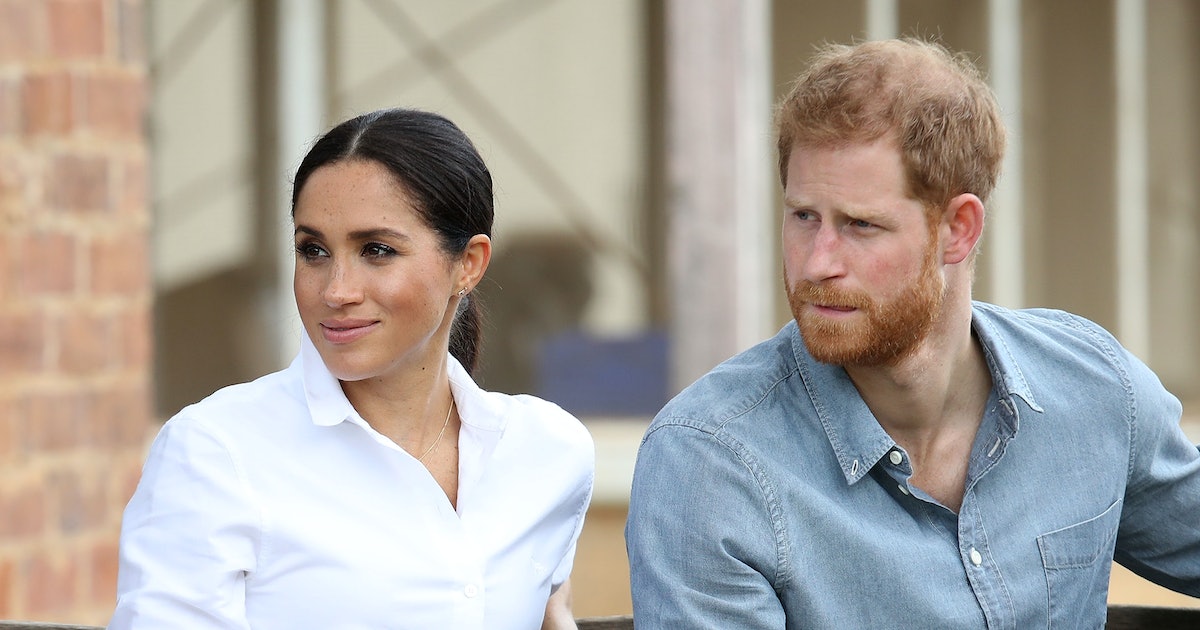 There have been many adorable moments in the course of the first real tour of Meghan Markle and Prince Harry, and we are on the second day. Since he greeted the biggest fan of Prince Harry (who planted him a big one) until he met with the koalas at the Taronga Zoo in Sydney, there have been a series of moving scenes. But there was one in particular that made my heart burst; Prince Harry and Meghan Markle embrace a small child in Dubbo, an agricultural village affected by an intense drought.

After landing in Dubbo, Harry and Markle were greeted by several school children, including a five-year-old boy named Luke Vincent, according to the Daily mail. Vincent, who has Down syndrome, was given the important task of presenting bouquets to the royal family. However, when the time came, she took an adorable step and hugged Markle, which took her completely by surprise and put a big smile on her face. Then he went to Harry and hugged him before giving him a pat on the head and stroking his beard. I to know.

Now, there is a real video of the cute hugs of Harry and Markles in Dubbo and a warning: this will make you meditate immediately. The sweet moment was captured in the camera below by Nick Dole, an ABC journalist, on Twitter. You can see it here:

Vincent studied at Buninyong Public School and many of the students were around to greet the Duchess and the Duke, each with their own story about the experience. Anne Van Dartel, the director, shared an idea of ​​why Vincent was so in love with Prince Harry's hair and simply added a new layer to an already adorable experience.

She said: "He got a hug from Meghan and then Harry bent down to talk to him and Luke did not give him any options." Luke's favorite person in the world is Santa Claus, who has a beard. Harry. "

It's okay. Luke looked into Harry's eyes and all he could see was San Nick. I am starting a petition; I want Prince Harry to put on a Santa suit and meet Luke again on December 25th. The world is going through a difficult time, we deserve it.

Dubbo, in particular, deserved a bit of happiness with the arrival of the duke and the duchess, given that the community has been fighting against the intense drought attacks. Van Dartel called his visit "a real moral boost" for the city and certainly left a lasting impression on the school children who clamored to see them. In fact, Harry ended up establishing a connection with a student from another school, since they had a lot in common.

James Fogg, an eleven-year-old boy from the Eumungerie Public School, told the Daily mail who talked to Harry about his dream of becoming a helicopter pilot. Fogg was definitely talking to the right man, since Harry served in Afghanistan as an Apache copilot helicopter and officially qualified as an Apache helicopter commander in 2012. His brother, Prince William, also manned helicopters for the army before becoming a civilian. Pilot of air ambulance, although last year he hung his uniform. According to reports, Harry told him: "Good choice, good man."

But Harry was not the only one who found something in common with a younger fan like the day before, he and Markle actually ended up breaking the protocol after meeting a girl. While greeting the audience at the Sydney Opera House, Harry saw a young woman in a shirt that said "Girls can do anything", which she knew would attract her fiercely feminist heart. In a video posted on Instagram by @harry_meghan_updates, she asked the girl if she would like to meet Markle and motioned for the duchess to greet her.

According to PEOPLEIt is against the royal regulations for the royal family to take selfies with the public. However, Prince Harry ignored those rules when asked if he wanted to take a picture with Markle. The tables turned when he took the fan's phone and took a picture of the girl with Markle.

"We feel it looks a little like you," someone told the crowd.

"I was literally about to say the same thing," exclaimed the Duchess in return, before adding, "and I love your shirt."

Very nice If this pair of fan encounters is something to go through, I have the feeling that Markle and Harry will be amazing parents when their little one arrives next spring.