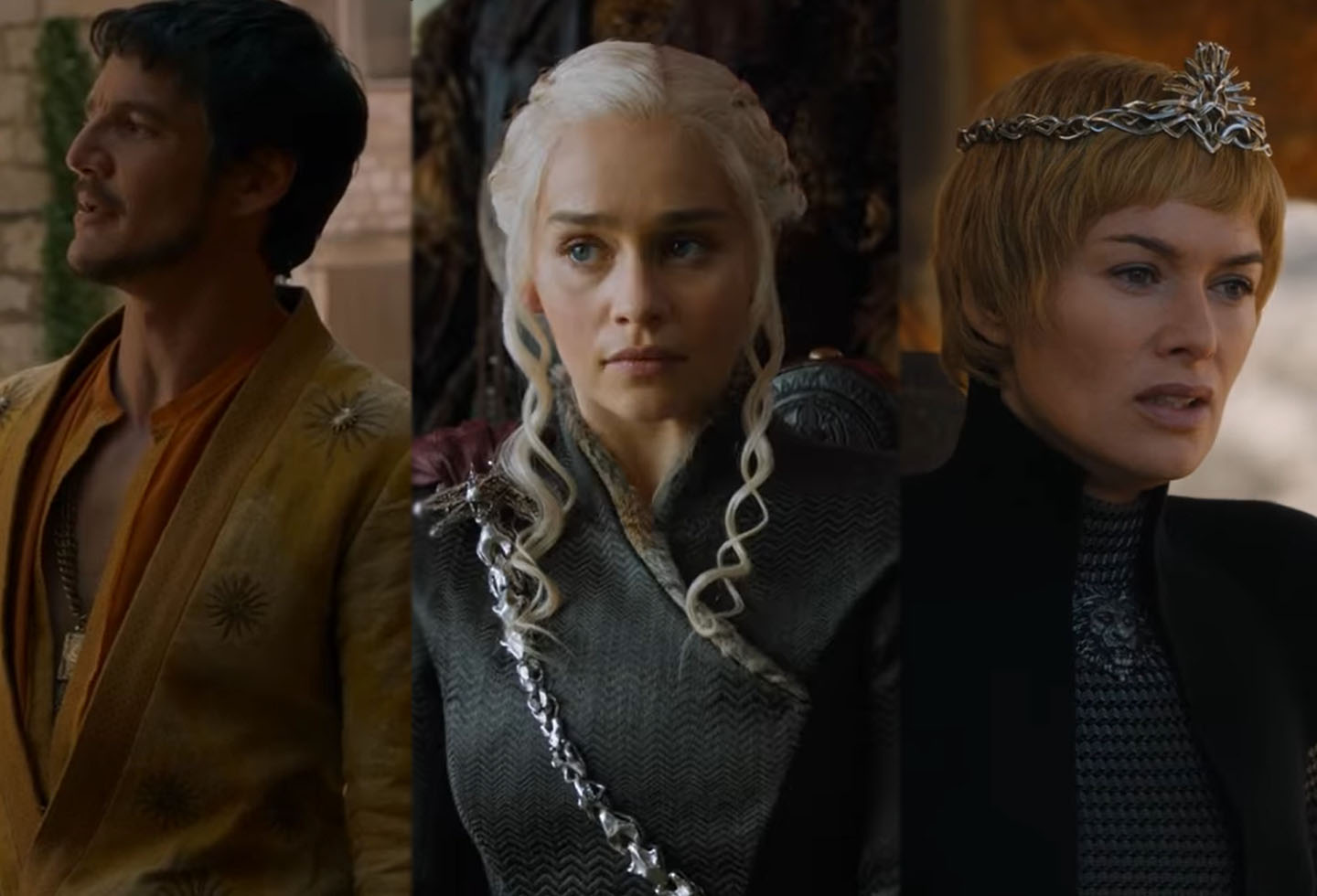 It has not yet started in 2019, and we already know what will be the series that will sweep Golden Globes, Emmys and homes around the world because in April comes the eighth and final season of "Play of Thrones".

We must see if any of the new productions are capable of witnessing, which seems impossible mission, and that the war of entertainment at home is hard.

It is no coincidence that the amazing series created by David Benioff and D.B. Weiss for HBO based on the saga "Ice of Ice and Fire" by American author George R.R. Martin raised this expectation: Since its first release on April 17, 2011, the series collects more than three hundred prices.

If "Game of Thrones" is HBO's flagship for the New Year, other platforms are already preparing their battleships, such as the Spanish Movistar, which can already be seen in Latin America, and which will contain "El embarcadero", a series made by Álex Pina and Esther Martínez Lobato, responsible for the success "Papirhuset", which will debut on Netflix's season 3.

Amazon Prime, as news, suggests "Good Omens", the new fiction of Neil Gaiman, the creator of the amazing "American Gods" (who will premiere his season 2); "The Boys", based on the comic book of Garth Ennis and Darick Robertson, and "Carnival Row", with Cara Delevingne. And it will continue with new seasons of "The Marvelous Mrs. Maisel", "Jack Ryan", "Transparent" and "Homecoming", among others.

But the most anticipated title is "Modern Love", with a spectacular bunch of Anne Hathaway, Tina Fey, Dev Patel, Catherine Keener or Andy Garcia, for a series of love and relationships based on the column and podcast of The New York's same name. Times.

In the TV war, Netflix presents an entire fleet, with more than 30 premiere announced. Among them, "The Umbrella Academy", "Carmen Sandiego" in an animated version, "Turn Up Charlie" (with Idris Elba), "Sex Education", "The Witcher" (with Henry Cavill), documentary series "Our Planet" – of Alastair Fothergill or "Central Park 5", a story of racism based on real events directed by Ava DuVernay.

HBO, outside the seven kingdoms, begins 2019 with a new series of episodes of the award-winning "True Detective" and maintains several award-winning series, for example. "Big Little Lies" or "The Tailor & # 39; s Speech", as well as surprises of 2018 as "Killing Eve" and new games such as "Watchmen", "Chernobyl" or "Lovecraft Country", a horror story produced by Jordan Peele and J.J.Abrams.

While the Hulu star series for 2019 is going to be "Catch-22", the long-awaited return of television from George Clooney, as a star, produces this adaptation of the novel of the same name by Jospeh Heller, set in World War II. And Sky will present "Curfew" with Sean Bean, or "Catherine the Great," the series of Helen Mirren about the Russian Zarina.

But in spite of that, it's not just platforms in the TV world, and traditional channels also work to attract viewers.

TNT is focusing heavily on its original series, "I Am The Night", with Chris Pine, or "Miracle Workers," with Daniel Radcliffe and Steve Buscemi.

Showtime will premiere "Black Monday", in the black way in 1987, where stock markets collapsed around the world, with Don Cheadley as head of the cast or "City on a Hill", produced by Matt Damon and Ben Affleck, who evolved into it. violent Boston in the nineties and who has Kevin Bacon as the protagonist.

In FX comes "Fosse / Verdon", the story of the relationship between Bob Fosse and Gwen Verdon, along with Sam Rockwell and Michelle Williams as protagonists of miniseries that also include Lin-Manuel Miranda and BBC One games on a new version of "Les Miserables ", starring Dominic West, David Oyelowo or Lily Collins, are other highlights of the year.

While among the most traditional chains, the new season is highlighted by the television jewel named "The Good Fight ", produced by CBS, or adaptation in English and Miami by the Spanish series "Gran Hotel", a project by Eva Longoria for ABC who will have the Mexican Demian Bichir and Puerto Rican Roselyn Sánchez as main characters.