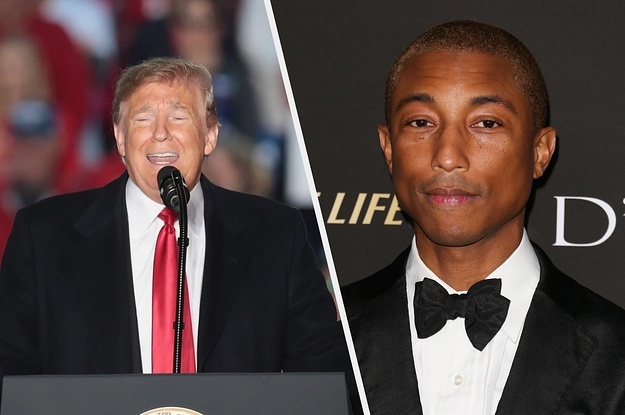 Trump made an appearance at the Future Farmers of America rally in Indiana, just hours after the massacre of 11 people at a synagogue in Pittsburgh on Saturday morning.

And, apparently, it touched the subject "Happy", name to the Oscar, that, according to the Hollywood Reporter, to Williams it did not impress to him at all.

Williams has sent Trump a legal warning known as a cease and desist letter to prevent him from playing his music at his political rallies in the future.

In the letter, Williams' lawyer, Howard King, wrote: "The day of the mass murder of 11 human beings at the hands of a 'nationalist' madman, he played his song & # 39; Happy & # 39; to a crowd at a political event in Indiana.

"There was nothing & # 39; happy about the tragedy inflicted on our country on Saturday and no permission was granted for the use of this song for this purpose."

The termination and withdrawal warn that the use of the song without permission from Williams is a violation of copyright and trademark.

"Pharrell has not granted, and will not grant, permission to publicly interpret or otherwise disseminate or disseminate his music," the letter adds.

Williams joins a growing list of artists who have publicly refused to have their music associated with the president of the United States. UU