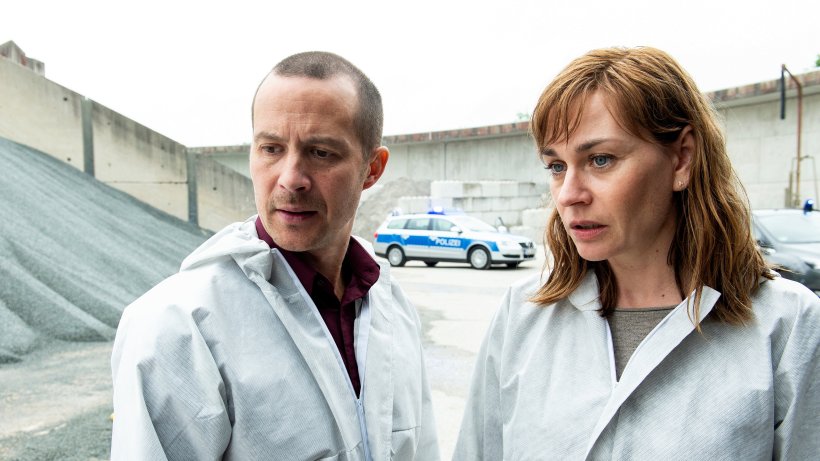 In "Ostfriesenblut", Christiane Paul as Commissioner Klaasen chases a serial killer. The excitement works on its own pattern.

Berlin.
Even the unusual start scene shows that director Rick Ostermann would not shoot any thriller. You can see the back of a man, but you can hear the voice of a woman. When she asks for a glass of water, he stands up.

The woman sits at a table, the camera moves slowly toward her. The man puts the glass in front of her, but she does not move. The reason is only visible when the camera continues.

Her wrist is tied with a strap for the armrest on the chair. He says "Don't pretend" and only now she knows who her ailments are.

This introduction gives a good taste of the second movie of the thriller series launched last year. also "Ostfriesen blood" is based on a novel by Klaus Peter Wolf (script: Nils-Morten Osburg). In the foreground is the psychological moment, the tension is quite secondary matter.

The heroine, Commissioner Ann Kathrin Klaasen (Christiane Paul), come into play when she discovers a body in front of her garage – it's the old woman from the beginning. Adhesive tape prevents the eyelids from closing.

Shortly thereafter, a man's body was found that apparently was killed with great anger. Since the mouth is full of food waste, Klaasen suspects that the killer wants to signal.

A path leads right back to the 1970s and into an orphanage whose terrible leader was a supporter of black pedagogy and punished for homeless crimes in a way that would be torture today.

The culprit is sympathetic

Although the film follows the commissioner's investigations: "Ostfriesenblut" is not a thrill after the classic "Who is it?" – pattern, because the perpetrator is stuck from the beginning. In general, Jörg Schüttauf himself portrays the murderer Hagemann quite sympathetically, and his actions are at least understandable, because they apply to those involved in the boy's suffering at that time.

The murdered old woman was an assistant to a doctor, she could have helped the children, but wanted to look away when her boss noted the obvious traces of corporal punishment as a result of a fall: "Don't do it as if." The film documents shocking home experiences with flashbacks that do not miss their effect.

The Commissioner has a kind of sixth feeling

In addition, the silent settlement between the commissioner and the killer is worth looking at. Touch is also the often unexplained scenes with Klaasen and her late father (Ernst Stötzner), who again and again find a dialogue.

The intuitive moments where the investigator gets a glimpse of the truth thanks to a kind of sixth sense in the surveyors, Ostermann has put so randomly that they hardly stand out. This reduction also makes the film good.