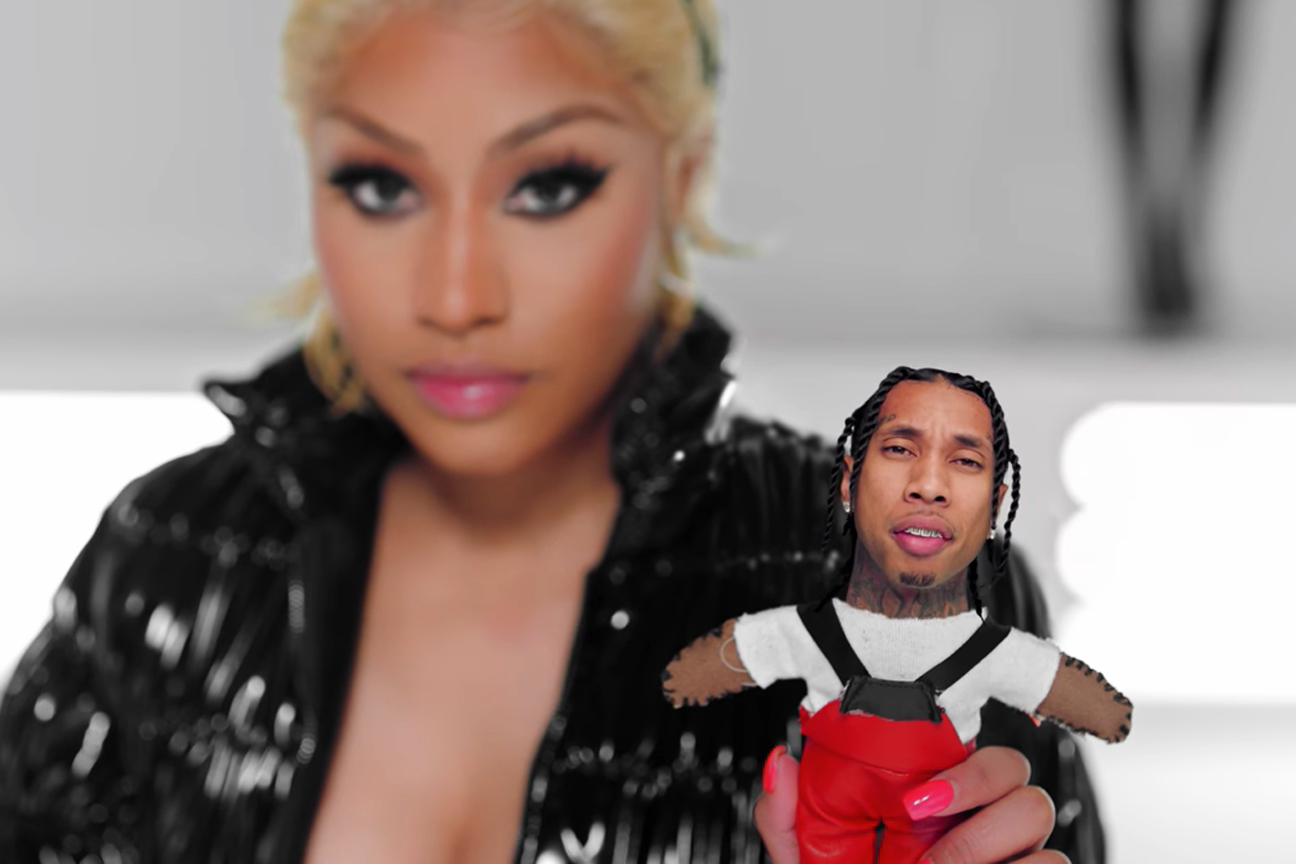 Nicki Minaj adds her fervor to a new remix of the single "Dip" by Tyga. the Queen The rapper displays a series of career boasting and jokes of pop culture reference to the addictive cello hook of the song. "All these bitches, my minis, got me to call Mickey," he proclaims. "All that rah-rah was never the theme of the icon / The Harper's Bazaar, I'm covering the problem of the "Icon" / I have problems; Yes, bitch, I have problems / W, fashion, Cosmo – I have problems ".

The duo also joined for a futuristic video, which Tyga directed with director Arrad. The clip, allegedly influenced by the visual image "Scream" by Michael Jackson and Janet Jackson, shows the duo hanging in a series of white rooms, where Tyga levitates near a quartet of cellos and Minaj holds a toy digitally topped with the real head of Tyga.