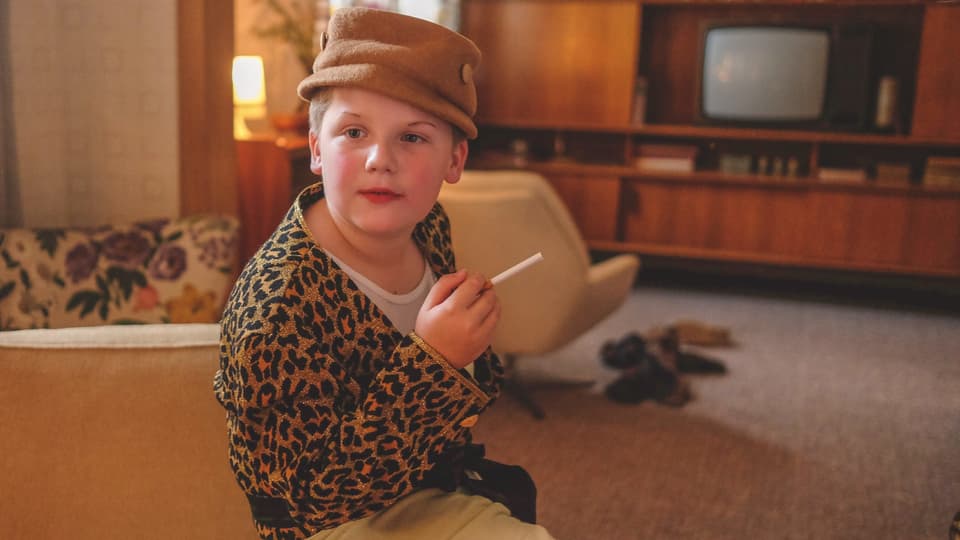 The biographical drama tells the story of Hape Kerkeling's tragic childhood. And how he kept in spite of his courage.

Recklinghausen 1972: The 9-year-old Hans-Peter tells about his life in Ruhr. Today he is known as comedian Hape Kerkeling. At that time, the little entertainer entertained with his gag's entire festive kinship.

Particularly in unpleasant circumstances, his talent shows. Often he takes an embarrassing situation and evokes a hilarious parody. His joke knows no boundaries.

But saw a shadow over the family. Hans-Peter's mother leaves Lebensmut after she has lost her smell and taste during an operation. Hans-Peter spends all his time trying to encourage his mother.

Hans-Peter wants to ride his new horse for the first time. All friends and relatives watch as he tries to climb the hall. His overweight makes it difficult for him, but clear.

Finally, he manages to come on horseback with much help. He now sets up on the horse.

Finally, you hear Hans-Peter's narrative voice and say, "Then you have to decide. Whether you want to be involuntarily funny. Or if you use your whistling look purposefully." The boy stretches his arms and lets himself be rejoiced.

Julius Weckauf plays the young Hape Kerkeling. Before the shooting, the 10-year-old had no experience as an actor. He followed a radio call in search of boys resembling Kerkeling. His acquaintance believed that Julius was perfect for this role.

In four auditions he showed his talent, until finally it was clear that he got the lead role. For the shooting, Julius spent his entire summer vacation on it, and he was released from school for weeks.

Julius is not just cut by Hape. He also has the same humor as his role model. You buy him the little entertainer immediately. Since the shooting, the young Weckauf has decided: he wants to be an actor.

Facts that you should know

"The boy must go in fresh air" is the film adapting the eponymous autobiography of Hape Kerkeling. Among other things, it is about his childhood. The book was published in October 2014.

Two years later it was second in the non-fiction bestseller list of the magazine Spiegel. Above all, critics praised the depth of the biography, which manages to be humorous and touching.

The chubby Julius Weckauf is the perfect cast for the title role with its fresh, authentic style. Delicious, how he knows how to imitate his environment – especially the ladies.

Kerkeling once summed up the purpose of the topic: It is about the positive things that may be due to an extremely sad event. The film achieves this high goal in a playful way.

Unfortunately, in the end, the bio-whip goes down in kitsch, when the 54-year-old Hape himself casts meaningful eyes on his younger self. Apart from that, tragicomedy is compelling – both in emotional and in fun moments.