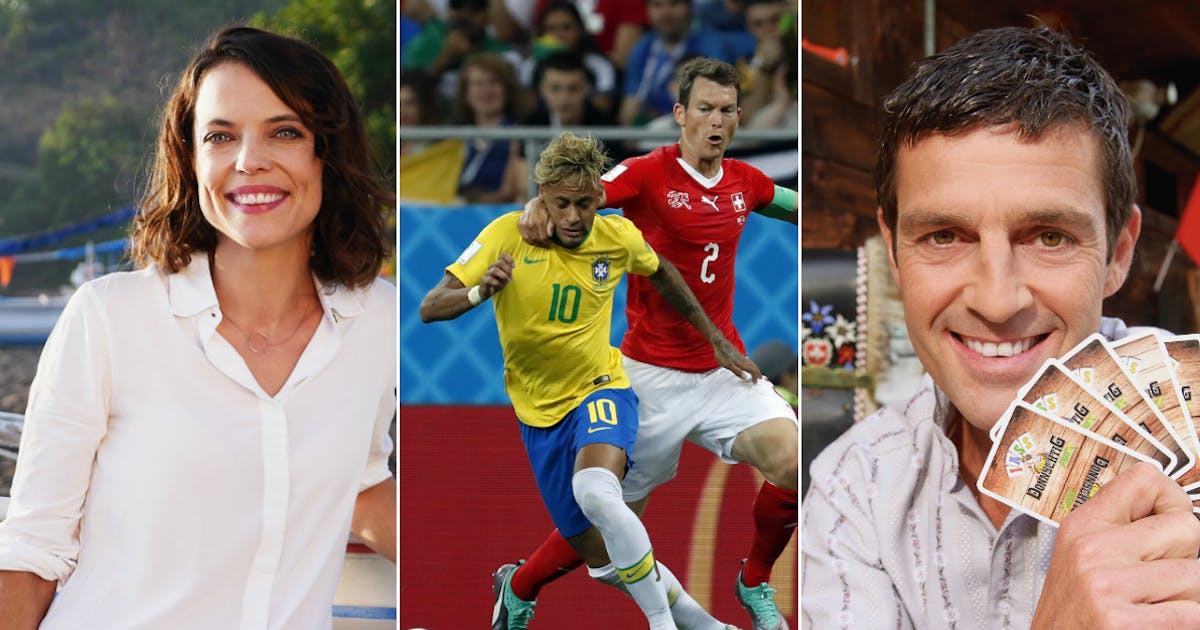 SRF has strong figures for 2018. Hits like Auf Auf that must accept 2019 – because this year SRF can't rely on a mega sports event.

Crisis? What crisis? Despite the mantra of the change in the TV landscape, Swiss television boasts record numbers for the past year. With 32.7 percent for all three channels, SRF recorded the highest market share over the past year since the introduction of the new metering method in 2013, and the demand for online audio and video services also increased by 12 percent. "In the cut, every second in 2018, we called up nine audio or video formats from our offer," says SRF director Ruedi Matter.

But how does this euphoria work with the complaint of the dwindling audience and the changing viewing habits? In fact, the absolute numbers in the classic television sector disappear – "the TV routine diminishes," as Matter told Bluewin. Therefore, he was particularly proud of the performance of his employees, that they managed to increase their market share in this environment.

The director, who resigned in March, also liked the fact that he had proved his worth in the field of information, such as the live broadcast to the federal elections (80 percent market share). His successes in fiction with his own productions such as "The Undertaker" (774,000 viewers on average) or "Seitentriebe" (231,000 viewers) make him very happy. However, the greatest feeling of happiness in the vote evaluation of the No Billag initiative in March 2018 was experienced. Because: "There was evidence of good acceptance and approval of our content. This success was the basis of everything we can now present."

Sport as a record driver

This year's hit includes long-term favorites such as "Tagesschau" (Record 2018: 984,000 viewers) and "Meteo", as well as entertainment programs with Swiss specific content such as "SRF bi de Lüt – Hüttengeschichten" (686,000 viewers) and Documentary soaps such as "Up and Away "(761,000 viewers). The exodus exhibition was so successful last year that they are planning a special Saturday night about Canada – the most popular Swiss abroad – 2019 (February 16, 20.10, SRF 1).

However, the classification star in the year 2018 was neither Nik Hartmann nor Mona Vetsch, but the sport. The group match Switzerland vs Brazil at the World Cup in Russia is on average 1.6 million viewers, even the most watched TV program since the introduction of the new measuring system 2013. Other sports events impressed the Swiss audience: The World Cup finals in ice hockey between Switzerland and Sweden saw on average, 1.1 million people, Beat Feuz's victory at Lauberhorn downhill 921,000 people. In Roger Federer's 20th Grand Slam title, 873,000 sports fans.

"Of course, the sport is the record driver in the past year," Ruedi Matter also said openly. However, it is not automatic that Switzerland reaches 1.6 million people against Brazil: "This also includes a good transfer and a good moderator and expert group". The sport also comes to the young audience – where SRF must fight in spite of positive approaches, such as web series.

Not only does the information look rosy. The forward-looking "Rundschau" was able to increase something. But especially late-night programmed (political) formats such as "Arena", "Club", "SRFglobal" or "Shawinski" must fight for the public. Don't just look at the odds here, Matter says. "With this program, it counts if they meet our qualitative requirements – for example, I am very happy with

It can be interesting to see if Matter's successor Nathalie Wappler will be able to present equally good numbers. 2019 will have sports highlights such as the Ski World Cup in Are in February or the Swiss Wrestling and Alpine Festival in August. But SRF can't rely on a mega-event like a football game or an Olympiad this year.

No wonder the SRF leader repeatedly emphasizes how much he looks forward to two-part docu-fiction "Dynasty Knie" (in November) for the 100th anniversary of the National Circus. "Side shooter" is in a new round this fall, while "The Undertaker" started this week very successfully (38.7 percent market share), but after this season goes into well-deserved pension.

Still, SRF viewers should have something to laugh about. Michael Elsener presents the new satirical format "Late Update" on Sundays at 21.40, followed by another season "Deville" at the end of March.

And what about the successor to Roman Kilchspeer's quota charm "Donnschtig-Jass", Mr. Matter? The jacket is extremely popular, he would like to announce positive news, so Matter. But: "The moderation of this program is very demanding, we are currently in the gang –