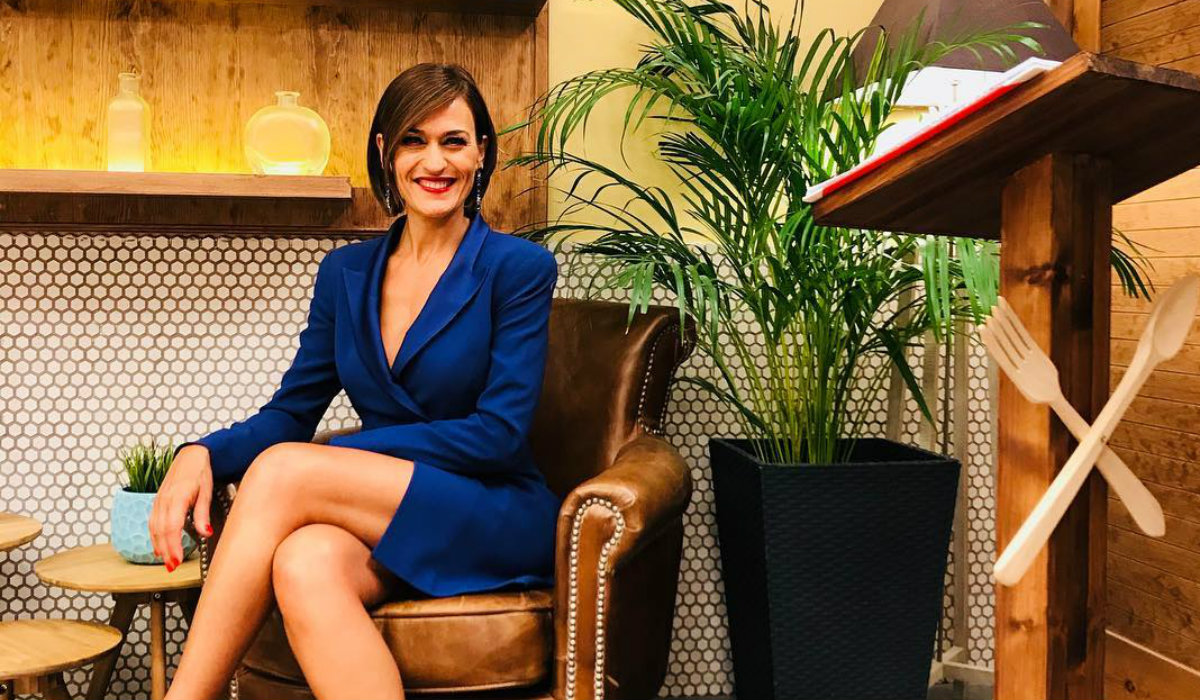 The program "Afternoon is yours" this Thursday, December 27, was characterized by the story of a mother who discovered that her son, who always grew up as his, but whose biological father was his brother, was a homosexual and later came to discover that he too was an actor in pornographic films.

During the conversation with Fátima Lopes, Eulália Almeida tells the hostess how Sidney came into her life and how she was received by the whole family.

Eulalia also says that the son was always a troublesome child, but that at the end of the study he himself discovered his course and became a good student.

At the end of the studies, Sidney decides to emigrate to Germany, which surprised her mother, has left her in tears.

Eulalia then decided to learn to play on the computer, and a while after her departure, colleagues began to ask her if she had already visited him, which was not common to Eulalia.

That's when a friend shows him what Eulalia never thought to see. The son to give interview to a newspaper and to reveal that he was homosexual since the 15 years.

"I went home and started walking on the computer and started to see if there was anything. I tried to go to his social networking profile, but since I wasn't his friend, I couldn't see anything. The first thing I did was to Send him a message to call him name, I insult him, "he begins by revealing.

Eulalia herself confirms that she did not accept her son's homosexuality since she came from a traditional family who had never heard of it, or did she know what she meant. It was then that this lack of information led Eulalia to eat hours and hours reading books on the subject so that she could learn how to handle the situation her son went through.

Thanks to all the offensive messages Eulalia sent his son, he ended up blocking his own mother on social networks, and on his own cell phone, the love of mother and son spoke louder and one day when her mother was sick, Sidney called him and asked if he wanted to visit Germany.

"He asked if I wanted to go to Germany and he fell on his feet, I just wanted to ask him to forgive me for everything I told him because he lived this alone with a lot of pain," he says.

But before traveling to his son's arms, Eulalia learned that Sidney, in addition to being homosexual, was also an actress in pornographic films, which put her even further down.

Despite this fall in emotion, Eulalia says that when she came to Germany, she was happy that her son had "had a good home, a good job, good friends, I was the happiest woman in the world that day," he says .

"I realized I had to leave the closet"

The love she felt for her son was so strong that Eulalia promised Sidney that she would become an LGBT activist and since then she had participated in the various marches and activities in this community.

"On that day, I promised you, son, your mother will be a LGBT activist," And I have been going almost every March since, he says.

Upon receiving her mother in Germany, Sidney decided to take her to all the places she went to, to introduce her friends to her and show her her "world".

It was at this moment that Eulalia fell upon herself and realized all the sufferings that his son had suffered alone, and that all the messages and offenses she had made had no sense at all, and even led to To admit that: then I realized that I needed to leave the closet, he admits.

Responses to the interview on social networks

"My mother is the best in the world, but Mrs Eulalia is there," he said.

Also director Vicente Alves has decided to comment on the interview to share a picture of Eulalia on social networks.

"She spent yesterday at TVI on the Fatima Lopes program and was probably the most important and important television moment in Portugal in 2018. Mother's love is the greatest miracle in life," he wrote in the description of the picture.

Also Pedro Teixeira and Paula Lobo Antunes gave their opinion to comment on the division of the Portuguese director only with the terms "equipoeulália" and "unconditional love".