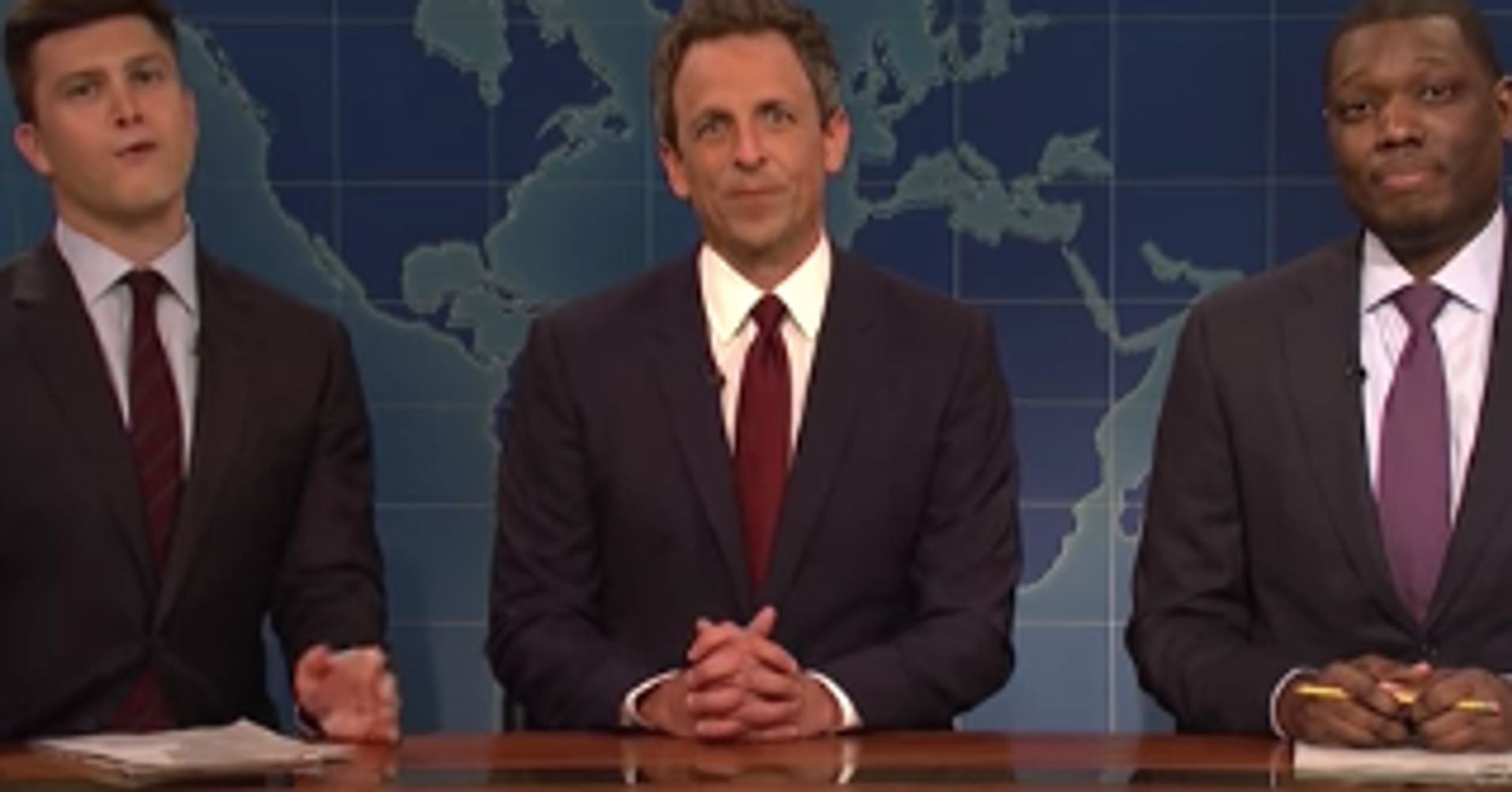 It was like in the old days when Seth Meyers, former lead writer of "Saturday Night Live" and co-host of "Weekend Update", was back at the desk, this time accompanying presenters Michael Che and Colin Jost for a special edition of "SNL" from "Really!?!"

It was the first time that Meyers returned to "Saturday Night Live" since he went to present "Late Night With Seth Meyers".

The trio skewered the meeting of Kanye West and Donald Trump at the Oval office on Thursday. Commenting on a photo of Trump and West embracing, Meyers said: "Man, it's so weird that you can see black people and white supremacists betrayed at exactly the same moment."

Jost said West prepared for the meeting by "learning all the facts of the world upside down, while Trump prepared by clearing his desk of any valuable item."

The most surprising moment occurred when Che used a word of N without praying while wondering "how much money he owes" in taxes. "It was not clear if he was referring to West, or Trump, who has not released his tax returns.

Che explained that his contract as a chief writer allows him four uses of the word this season. Meyers, also a senior writer who used to do "Weekend Update" with Amy Poehler, said he was never granted a single use.

Previously, in the opening monologue, Meyers came up with an interesting theory about why West interrupted Taylor Swift during her acceptance speech after receiving a Video Music Award in 2009. Meyers said two years before West appear in a "SNL" sketch. Disrupt the people who receive prizes.

"We presented him with an outline where he would interrupt the prize speeches that said they had made a mistake and that he should have won," Meyers said. "And Kanye said:" That's hilarious, because I would do that. That is a good self-awareness. "

Kanye "sketched out how crazy he was when he interrupted the speeches and two years later, he was in an awards program and thought," I should do it again, "Meyers said. "Then, when people say:" Are you surprised that Kanye supports Trump? ", I say," No ".

Look at Che's riff above and Meyers's theory about West in his monologue here: