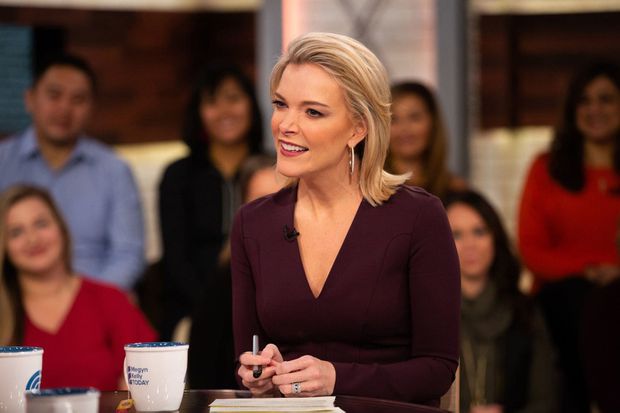 CLEVELAND, Ohio – Megyn Kelly was not in the air for Thursday's "Megyn Kelly Today," at least not live, and there are questions whether she'll ever return to the show.

The scoop comes from CNN, who reported that the program, which premiered only 13 months ago, would end the negotiations that were already under way on when that would happen. Entertainment Weekly said the show would probably end in December, however, a source told CNN he might never return.

A repeated episode aired on Thursday.

On Wednesday night, Variety broke the news that Kelly and the network, tired of the intense scrutiny of her show, were considering a new role for her on NBC News.

While the two sides supposedly started talking about a new role for her before her comments on Blackface this week, the controversy seems to have hastened the process.

The former Fox News personality, who signed a $ 69 million deal with NBC last year, was rejected on Wednesday by his talent agency CAA.

She was also called by her boss at a public meeting with the newsroom. "There is no other way to express this, but I condemn those comments, there is no place in our air or in this workplace for them," NBC News president Andrew Lack told them, according to Variety. "As we move forward, my highest priority remains, and as we solve this with Megyn, there is no doubt that this is a workplace in which you should feel proud and in which we respect each other in all the ways we know. It is fundamental for who we are. "

All this began on Tuesday's program during a discussion on the "war on Halloween" of the "politically correct police" when Kelly wondered why the black face was considered racist.

He then defended the star of "Real Housewives of New York," Luann de Lesseps, who disguised himself as Diana Ross at a party filmed as part of the show.

"She made her skin look darker than it really is. And people said that it was racist, and I do not know. I thought, like, who does not love Diana Ross? Do you want to look like Diana Ross for a day? I do not know how he turned racist on Halloween. "

Kelly apologized that same afternoon and then again on Wednesday's show.

"Maybe you heard that yesterday we had a discussion about political correctness and Halloween costumes," Bagan said. "That conversation turned into whether it's always okay for one person of one race to dress like another, a black person who lightens their face or a white person is darkened, I defended the idea, saying it whenever it's respectful and part of a disguise Halloween, it seemed good, well, I was wrong and I'm sorry. "

Since the show's debut in September of 2017, Kelly never felt comfortable with the lightest format typical of morning shows. During his first week on the air, he offended Jane Fonda by asking the actress about her plastic surgery. Later that month, "Will and Grace" star Debra Messing said he regretted coming to the show after Kelly asked one of the comedy fans if the show inspired him to become gay.

Kelly, however, has been more at home covering more serious issues, such as when he co-anchored NBC News coverage of Brett Kavanaugh's hearings last month. It remains to be seen if that kind of role in the network is in your future.