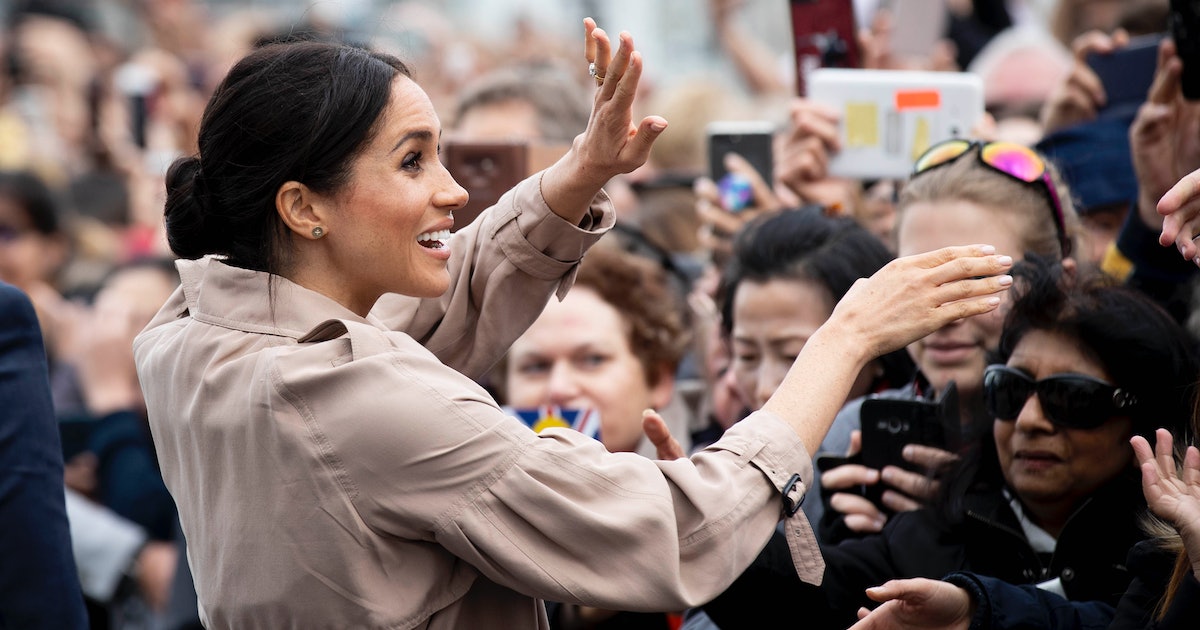 Although they live in a golden palace, members of the royal family do not wear the same outfit twice. In fact, both duchesses often repeat their costume pieces, which shows that a good staple deserves to be in a heavy rotation. Case in point: Meghan Markle re-used her dress by Antonio Bardi that she originally wore for her first public outing with Prince Harry.

The Duchess of Sussex is currently on a real tour of Australia, New Zealand, Fiji and the Kingdom of Tonga, and the whole event has been a fashion fantasy. Markle brought pieces never seen before with his suitcase, and gave us outfits like a long striped dress, a wildly embroidered summer dress and a white tuxedo dress. But this navy blue dress by Antonio Bardi is special because not only has she worn it before (making it "like us" with her costume recycling), but it is also a piece she wore when she and Prince Harry were just beginning to leave. . Get ready to get sentimental, because this is too sweet.

The Duchess used it almost a year and a half ago, when the tabloids were just beginning to say that the Prince had a new interest in American love that was a Hollywood actress. The first time the couple made their public appearance was during the Audi Polo Challenge, where Prince Harry was playing and Markle sat on the bleachers, cheering him on. That's when she put on the asymmetrical double-breasted midi dress, with style and a white blazer.

Now a year goes by and some changes, and she is on tour as an official member of the royal family, married and pregnant. If you are an imbecile for love stories, this is probably hitting you in the sensations. It is a truly sentimental choice, and shows how far the couple has joined. She wore the dress of the navy to a reception offered by the Prime Minister of New Zealand that took place at the Auckland War Museum. She is flirtatious and elegant, and the dark navy combined with Prince Harry's blue suit, creating a nice moment of twinning.

This, of course, is not the first time that one of the duchesses recycles her costume items. Take, for example, what Kate Middleton used at the wedding of Markle and Prince Harry. While magazines and columnists speculated on what the elegant sister-in-law would wear, Middleton wore a cream-colored dress by Alexander McQueen that was not entirely new.

She wore the same warm dress for Princess Charlotte's christening, as well as during the Trooping of the Color in 2016. Why wear a new dress when all the attention should be on the bride, right?

But if you have a designer wardrobe, it makes sense to go back to using those beautiful pieces. Duchess Meghan looks beautiful, no matter how many times she duplicates her outfits.