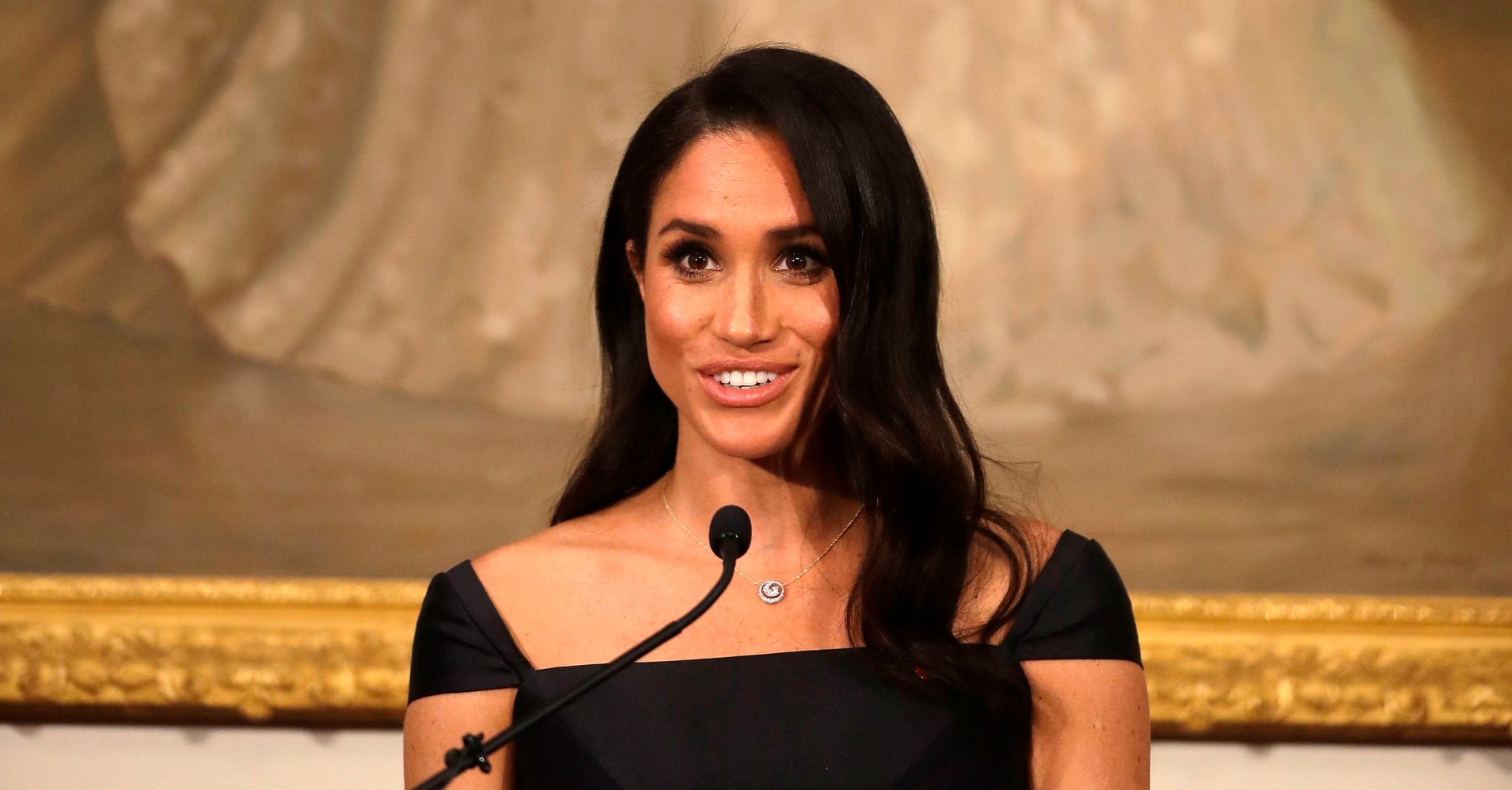 Meghan Markle delivered an empowering speech on voting rights and feminism during an event to celebrate the 125th anniversary of women's suffrage in New Zealand.

The former "Costumes" actress was accompanied at the Government House by her husband, Prince Harry, as well as by Prime Minister Jacinda Ardern and Governor General Patsy Reddy.

"The achievements of New Zealand women who campaigned for their right to vote, and were the first to achieve it, are universally admired," said the Duchess of Sussex in her speech on Sunday at Government House in Wellington. Video shared by the Kensington Palace. "In waiting for this special occasion, I reflected on the importance of this achievement, but also on the great impact of what this symbolizes."

"Bravo New Zealand for defending the right of women to vote 125 years ago." – The Duchess of Sussex, when she and the duke joined PM @JacindaArdern Y @GovGeneralNZ Dame Patsy Reddy to celebrate the 125th anniversary of women's suffrage in New Zealand. #RoyalVisitNZ pic.twitter.com/zpFhyPiE8r

"Because yes, women's suffrage is about feminism, but feminism is about justice," Meghan continued.

"Suffrage is not simply about the right to vote but also about what that represents: the basic and fundamental human right to participate in elections for your future and those of your community, participation and the voice that allows you to be a part of the same world you're part of, "he said.

The Duchess added: "Women's suffrage is not simply about women's right to vote, but also about what that represents: the basic and fundamental human right of all people, including the members of society that have been marginalized, either for reasons of race, "Gender, ethnicity or orientation, to participate in elections for their future and their community."

Meghan has said that she has been a proud feminist since she was a child. At age 11, she fought against sexist advertising in a Proctor & Gamble ad. She presents a quote from a 2015 speech that she pronounced as an advocate of women's participation in politics and women's political participation in her real biography: "I am proud to be a woman and a feminist."

The Duke and Duchess of Sussex are on a 16-day royal tour of Australia, Fiji, Tonga and New Zealand, which will conclude this week.

The couple began their international journey this month with the announcement that they are expecting their first child together. In the course of their trip, they received many beautiful gifts for babies and talked about their little one, which will be delivered in the spring of 2019.

"For my part, my wife and our little bundle, we are very grateful to be here," Harry said when arriving at the Abel Tasman National Park in New Zealand over the weekend. "We bring blessings from my grandmother, the queen and our family. We are very grateful for your hospitality and the work to take care of this beautiful place. "

The real news does not stop at the wedding. Subscribe to the bulletin Observing the HuffPost Royals for everything related to Windsor (and beyond).